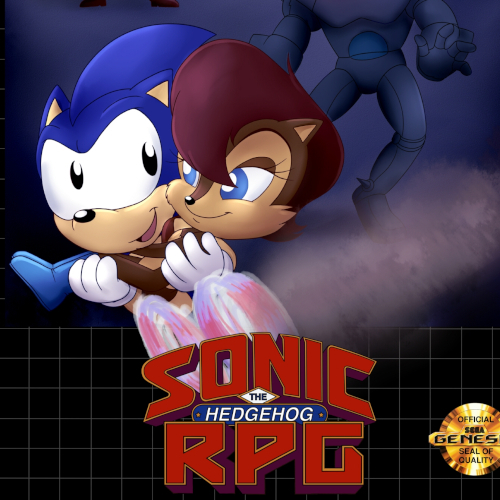 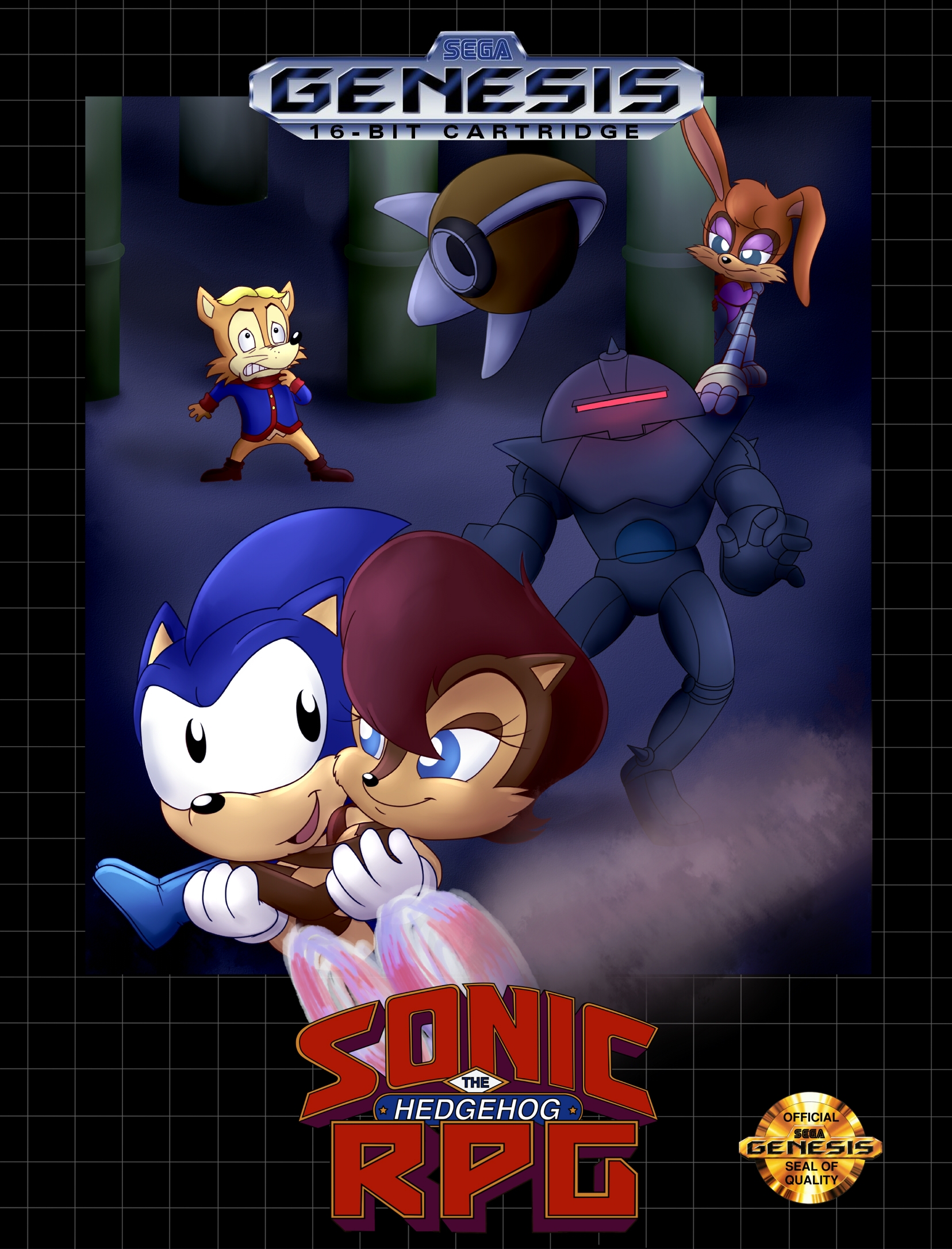 (Box art commission by SegaMew (@segamew))
​
UPDATE: Check out our website (www.satamrpg.com) for all the latest updates and demos!

Sonic RPG is an ambitious project to create a full-scale RPG based on Sonic SatAM. Inspired by classic RPGs like Super Mario RPG and Chrono Trigger, Sonic RPG strives to reignite the love of existing SatAM fans and shine a light through the often mishandled Sonic franchise.

Despite it being a crazy year, Sonic RPG is back!

A lot has changed since 2019, and we've picked up some brilliant new team members along the way. Although we had very ambitious goals for this year that we had to down scope, we think you'll enjoy this year's demo!

We hope you enjoy the 2020 demo of Sonic RPG! For project updates, join our discord!

Gameplay Update (9/8/2020):
After feedback from several players, I've decided to nerf enemy damage. Swatbots and other opponents in battle, now do about half the damage they were doing before. I also made it harder for you to be seen by the Cambot in the intro map.

Mac Release:
If you have a mac, here is a release for that.

NOTE: the mac release is unpackaged due to some errors in osx when producing a .app file. All you should need to do to play the game is unzip and double-click the SonicRPG file.

Fixed Lag Bug in Sonic's Run (9/14/2020):
After watching a couple streams of other players I noticed that Sonic's run was not accounting for time properly, causing bugs when the game was under lag. I've fixed Sonic's run as of 9/14 to scale movement speed by time which should fix this issue.

My bro and I really enjoyed this one, great job! It's so nice to have another SatAM based game. They don't come around often.
looks awesome!
LOVE's nice, but not really a stable platform - for example, the version Ubuntu comes with is incompatible with the version used to make this game.

Sslaxx said:
LOVE's nice, but not really a stable platform - for example, the version Ubuntu comes with is incompatible with the version used to make this game.
Click to expand...

They are not very good about backwards compatibility. If you want to mess with the source code, or make your own distribution for Linux, make sure you use LOVE version 0.10.2, specifically. You can d/l that here: https://github.com/love2d/love/releases/tag/0.10.2
I tried out the new demo and was blown away. The new intro, fixed battle system, and the addition of Atoine were PERFECTION. From this new demo is see unbelievable potential. Outstanding work.
You must log in or register to reply here.