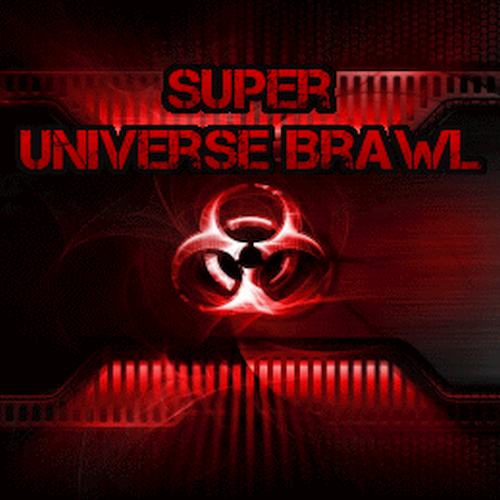 Super Universe Brawl is a mod I started a while back for OpenBOR where I can work on new ideas I have and even older demos I started all in one place.

-The first 3 stages from the menu are mostly random and just for people to play on. Demo1 specifically was based on the flash movie, VG Exiles, Stryker vs M.Bison. I've wanted to make mods based on that and other similar flash movies along with my own ideas, so this is just one example.

-DemoX was made for Megaman X, Zero, and Axl for a project I'd like to start in the future. When you see the select screen, the cast for this mod are in the middle row. I formally featured Samus but she was taken out due to Nintendo's recent practice's when it comes to fan games, and she will be replaced in the future.

-Cosmic Damage is an old project of mine I haven't worked on in years. I brought it over into this mod so I can work on it again.

-Beast Mode is a concept based on Pokemon and Digimon where you fight alongside your monsters, Cyber Beats or CyBeasts for short, against other fighters and gangs in an urban sci-fi setting. I was formally making a pokemon beat'm up game years back but I also stopped to due to said practices of Nintendo. Soon I decided to take this concept I came up with years ago and run with it. There's still more I have to do, and due to the nature of this, only the main character for it can be selected here, Guy from DS fighting game Draglade, renamed Adeg after the MMA fighter, Benjamin Adegbuyi.

-Gundam vs Monsters was just added recently. I wanted to make a Gundam game after watching a few different series out of the franchise, including the ones featured recently on Toonami. In this mode, Wing.0 and Deathscythe are the only characters available here while you take down monsters. More Gundams will be featured in the future.

Special thanks to Wastelands-Knight, for making the sprites for Throttle from Biker Mice from Mars, as well as the other mice that haven't made it into the mod yet.
https://www.deviantart.com/wastelands-knight/art/Commission-Throttle-Roll-Over-Sprite-592658279
Share:
Reddit Pinterest Tumblr WhatsApp Email Link

Hi the link for Super Universe Brawl is off. Can you re-upload, please ?
Por que mierda hay un puto mugen aquí
You must log in or register to reply here.