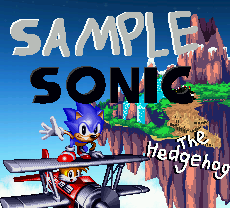 Sample Sonic
was conceived as a simple fan project that will show many different zones. That's the whole idea. In the future you will be able to see more different zones of different types. Huge levels with a lot of other ways of passing and interesting secrets that gives the game replayability. Levels are huge because there won't be any acts, only a full zone with a boss in an end. Cutscenes also present. Also, there is a classic three characters.
You can play as Sonic, Tails and Knuckles.
New exciting and unique bosses will be added to the game.
In the meantime, you can play the first full beta release of our game, where you can see a new unique area and a full boss.

The game has a plot.
The plot occurs after the actions of Sonic 3 & Knuckles. It all starts with the fact that during the next flight over the ocean, Sonic and Tails are under Metal Sonic's attack, which destroys the plane leading to the fact that Sonic and Tails get into a new adventure, in an unknown place. Knuckles’s actions in this version of the game are not yet fully completed, but in the next versions everything will be done.
Warning! The game is pretty hard and sometimes undone, sorry for that. 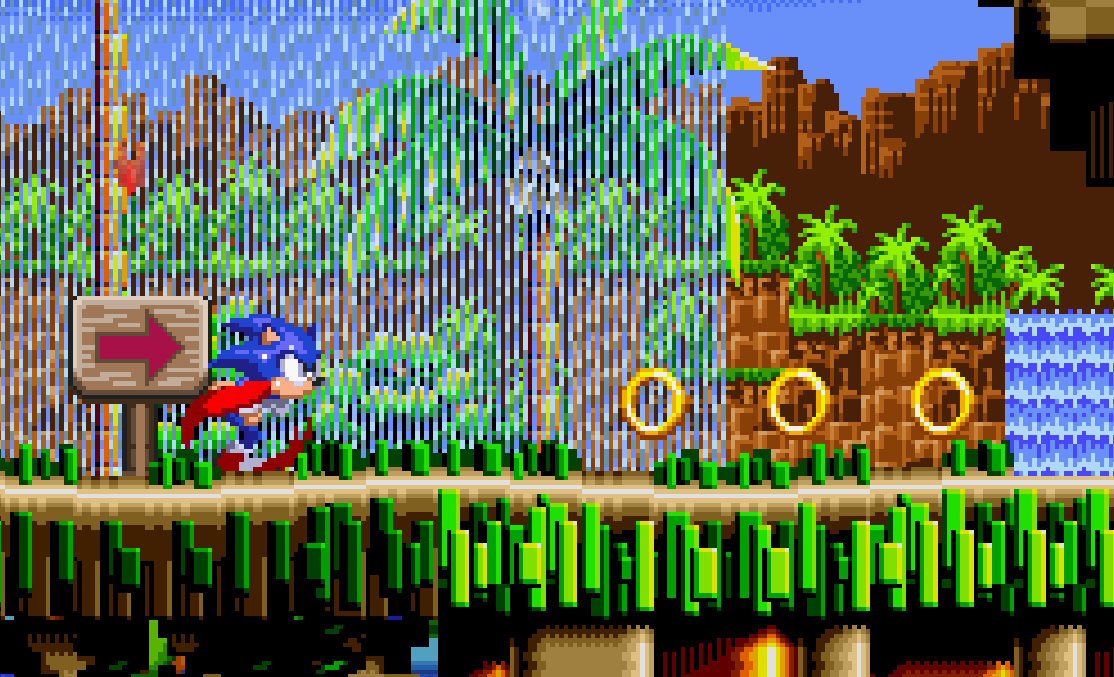 Running through the level 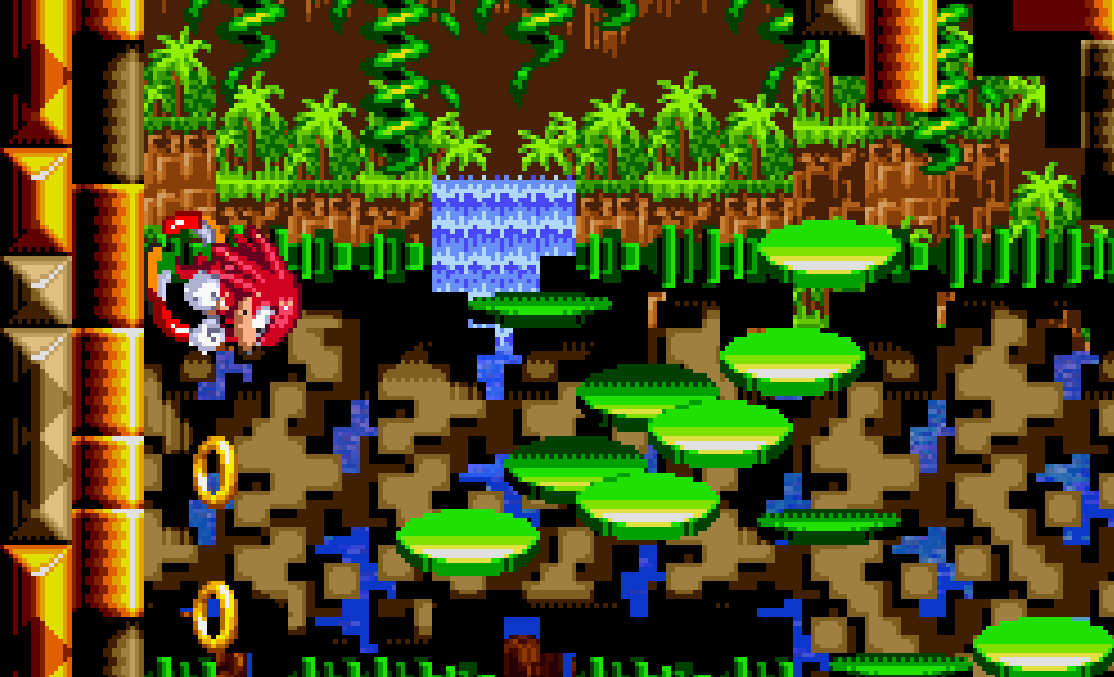 Running on the walls through the level... 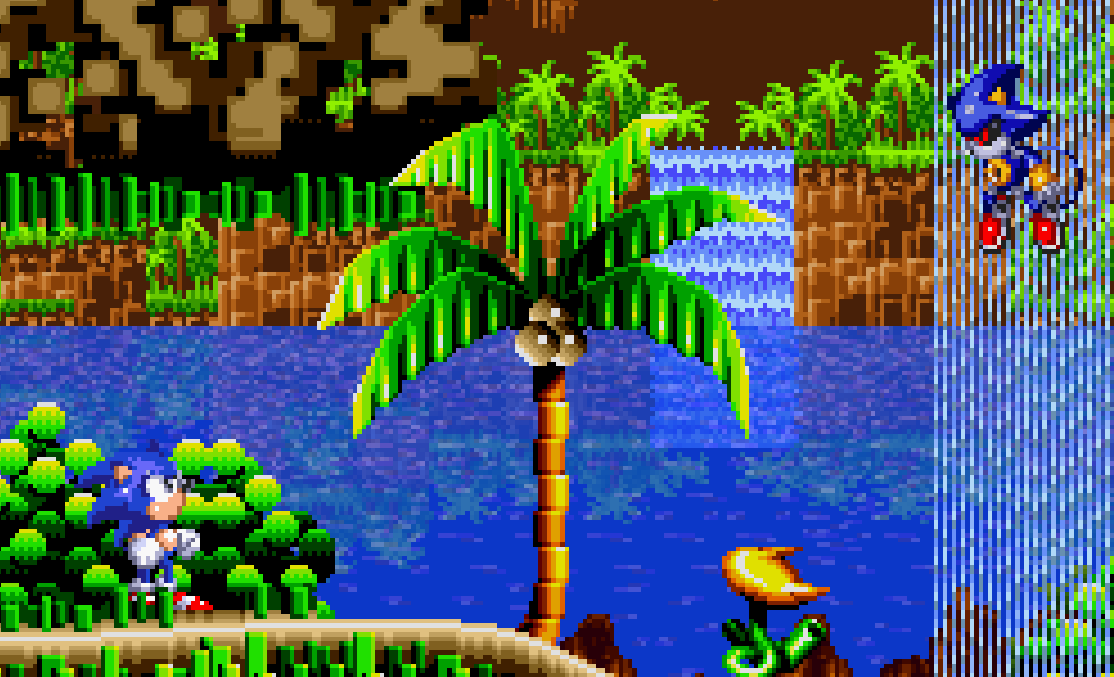 And our Metal Sonic itself

I'll ask you to pay attention to the version of the game, now it is possible that you won't have a new version and because of this you could meet bugs, such as game crashing. I advise you to always check the number of downloads of the file.

I'm surprised by what you were able to accomplish using the basics of Simple Sonic Worlds, especially with cutscenes! You utilized the Chaotix tilesets well, but the level design was a bit jank (mainly spike placement being kind of mean at times) and the boss was a little slow. I did like the opening to the level, where you hit the ground and all your rings go everywhere, that was a great touch. Also, the last cutscene starts to loop on Angel Island falling over and over unless you hit enter. Other than that, this is surprisingly nice. Not sure why Mighty is shown though.
Last edited: Sep 29, 2019

NeoNote
Glad you liked it. Well, the main reason the game have bugs is that we actually rushed it, we will be making second beta with the second level and bugs fixed. And well, the Mighty showed actually because he will be in game but not now. Thank you for the review!
The game has decent put together stages in question of assets, specially the backgrounds, but object placement/stitching, not so much. Level design is also decent, it doesn't disappoint much but feels unnatural for a sonic game sometimes. The first level relies too much on moving platforms, springs, spikes and has no real gimmicks. I feel however, that the same level received an immense ammount of detail and work to make it so large and explorable.
I feel like it also lacks a sensor to make Knuckles unable to climb/fall off certain parts to avoid bugs, and Tails's tail does not hurt enemies as it should.
The game also keeps crashing at the second stage.
Read more… 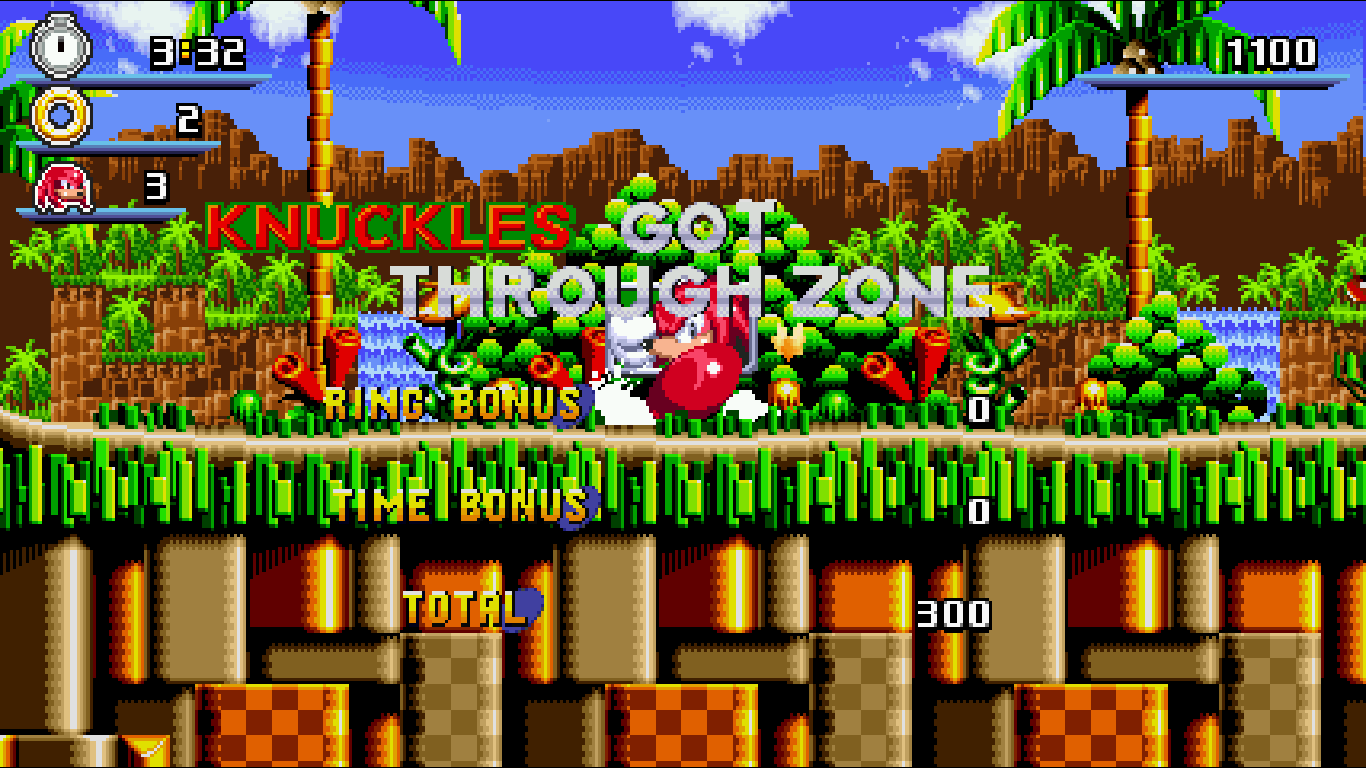 Maybe uh....Disable player input after level is done? Specially considering there's a cutscene afterwards...But this does present an opportunity for very funny experimentation
View attachment 3879
something wrong is waiting to happen here, with that spike placement right near the edge of the half pipe

Well, I did it, I just didn't thought that someone will be spindashing here lol
I love the concept of this game. I've always appreciated the level design of Sonic CD and this really kicks it up a notch. The boss is freakin hard though.
this game has nice level desing and its nice and i dont know what say more i want sonic chaotix 2

fixed it
I thought it was an okay game. Good usage of Sound Of A Shadow's "Cruel Metal Adversary" for the boss fight. I'm surprised Mecha Sonic didn't join in on the fun! Sonic's a bit heavy-weighted with his momentum here and the level graphics are a bit... shall we say, busy? There's just lots of eye information that takes the attention away from Sonic or other important things to pinpoint. There is such a thing as over-decorating your levels.
Good Game. whay 360p?

Honestly, the level is too long with too many spike placements and the only boss is extremely drawn out. Reminder that Sonic games are normally about zooming through the levels at high speeds, surprising gimmicks and quick and easy bosses with a bit of platforming and challenge thrown in. This beta has a level that could easily take five minutes to beat (which is too long), a boss that takes twelve or sixteen hits in TOTAL to beat, and throws high-speed out the window in favor of intentionally big levels and more platforming than there needs to be in a sonic game.

That being said, this is nowhere near bad. I can see the appeal and the effort gone into making this. I see lots of potential, I just hate being slow in a Sonic game. It doesn't feel right.

Also the Palmtree Panic music and constant drums of "Act 2" get really repetitive quick.
You must log in or register to reply here.