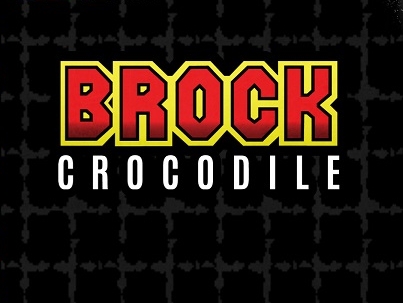 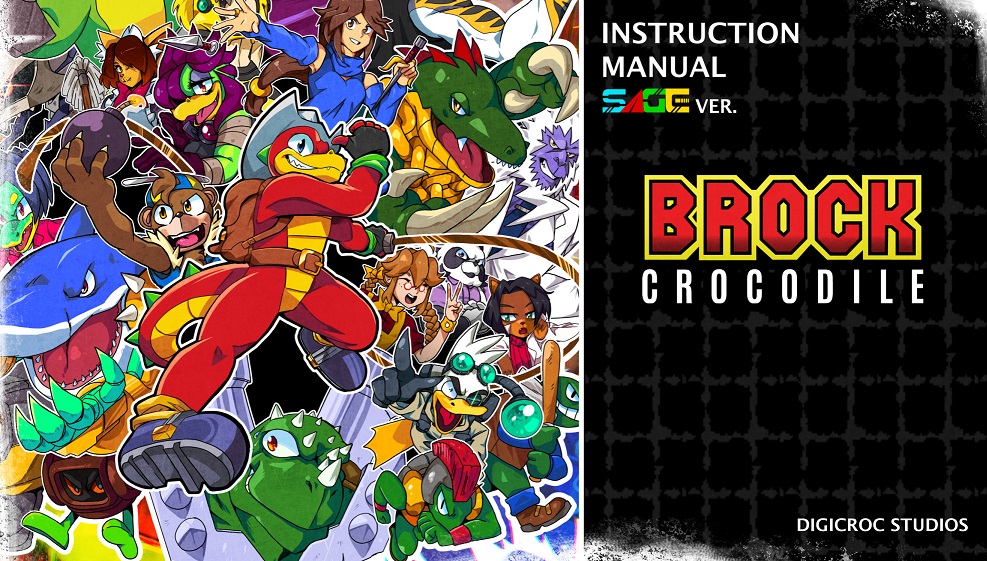 Hello and welcome to the Brock Crocodile page!

This has been a game I've been working on for a while and long term users of SFGHQ might have first seen it pop up around 2014, since then the team has worked hard to make Brock the grandest adventure it can be!

Brock takes a lot of inspiration from the classic platformers of the 1990s that appeared on SEGA's iconic console the Mega Drive. Titles such as the Sonic, Megaman, Quackshot and Monster World all helped in forming the type of game we've been developing these past few years. A fast paced exploration based adventure, the stages in Brock are designed to be played multiple times both in finding the most optimal routes with enemies to take down, gems to collect and treasures to be found.

Staying true to the inspiration behind the game, Brock Crocodile tries it's hardest at replicating a 16 bit style and bringing back memories of classic platforming days. With a soundtrack made via the SEGA Mega Drive's soundchip, a cast of colourful allies and rogues and a Saturday morning cartoon style story to keep the adventure light hearted and fun, Brock will have to confront the Wicked Wize and his generals the Fearsome Four and remind players a little slice of the 90s.

Follow us on Twitter for more updates at @BrockCrocodile and find the other social media accounts in the image below. 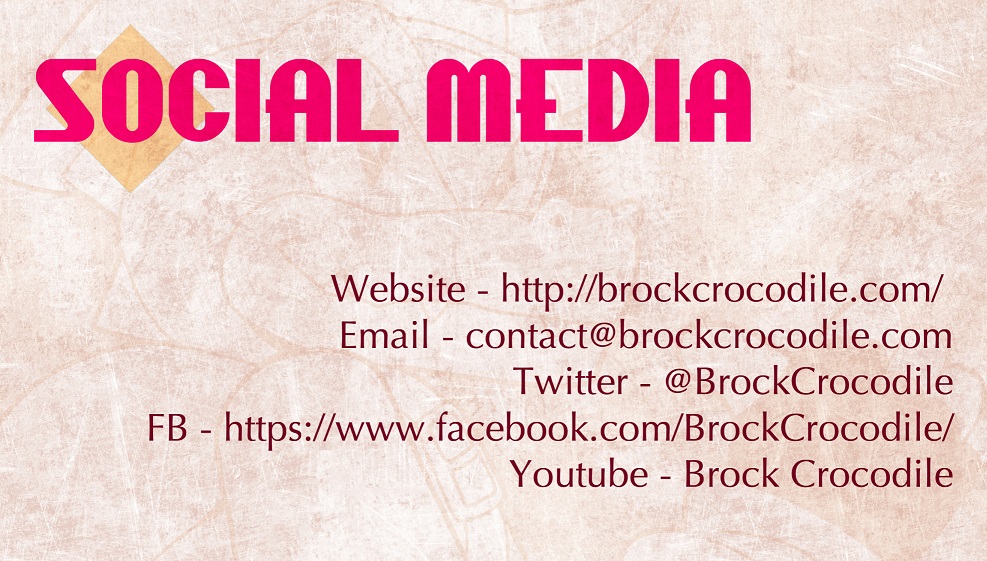 This demo features a hubtown and one level split into two stages with a boss fight at the end. 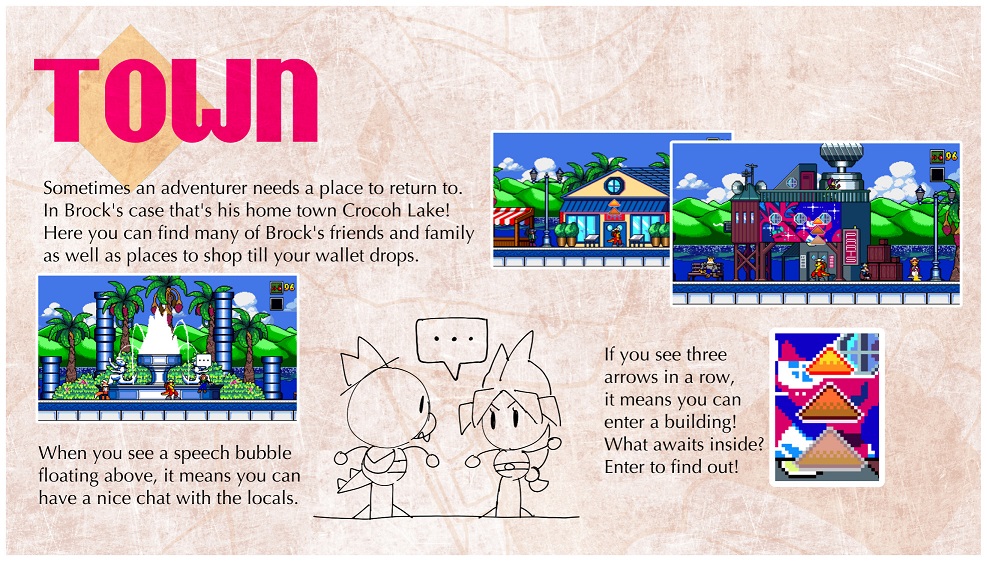 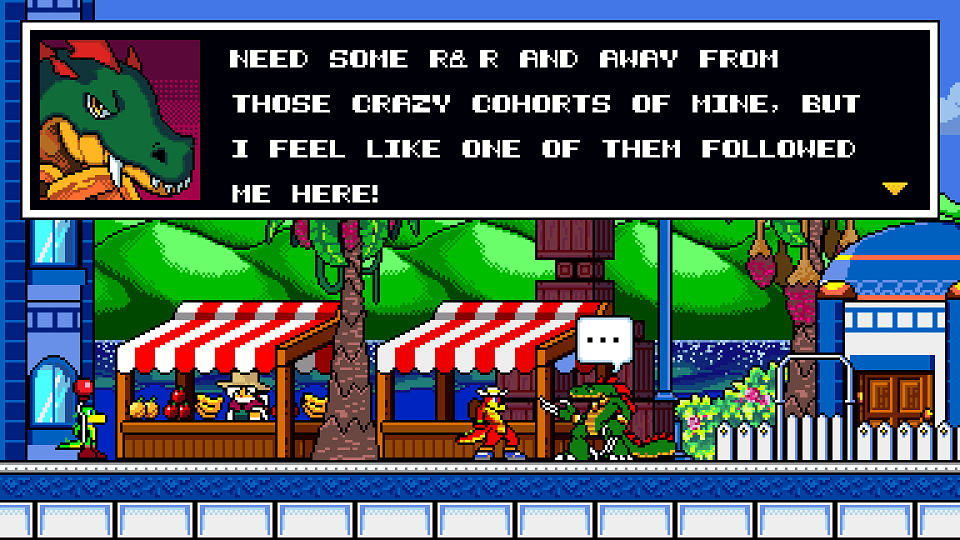 Brock's home and where players will be returning after completing levels. You'll be able to speak to the citizens or even venture into the shops to stock up on items to take into your next adventure. As this demo is merely to get a taste of what to expect, the full version of the town will be larger and filled up with a host of unique and colourful characters, some of which might have a tip or too for locating the treasures lost on Crocodillian Island. 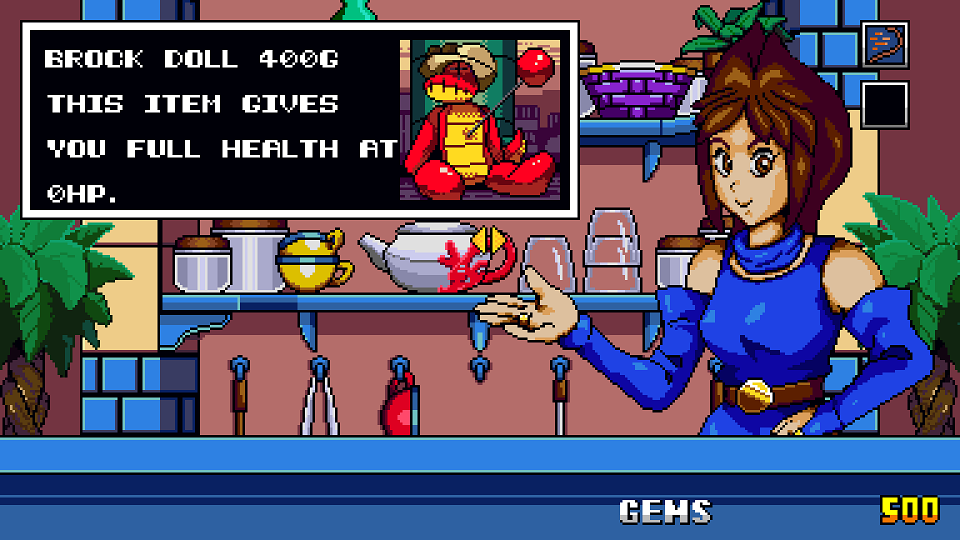 Cafe owner Xia-Yee Ling who's sometimes friend sometimes creditor provides Brock with health and recovery items while Angelika Crocodile gives you all the explosive weapons you need, just don't expect a family discount from her. 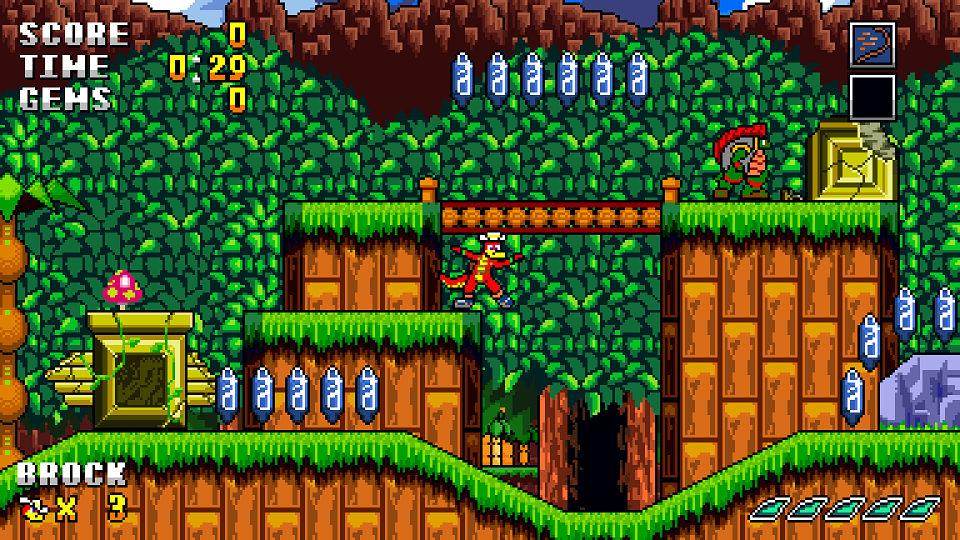 ​
The Raptor Ruins is the first level of Brock Crocodile and is currently under attack by the Turtle gang, with the hardman Ralph who takes multiple hits from Brock's trusty whip, to Miguel the spiked member who renders jump attacks ineffective. 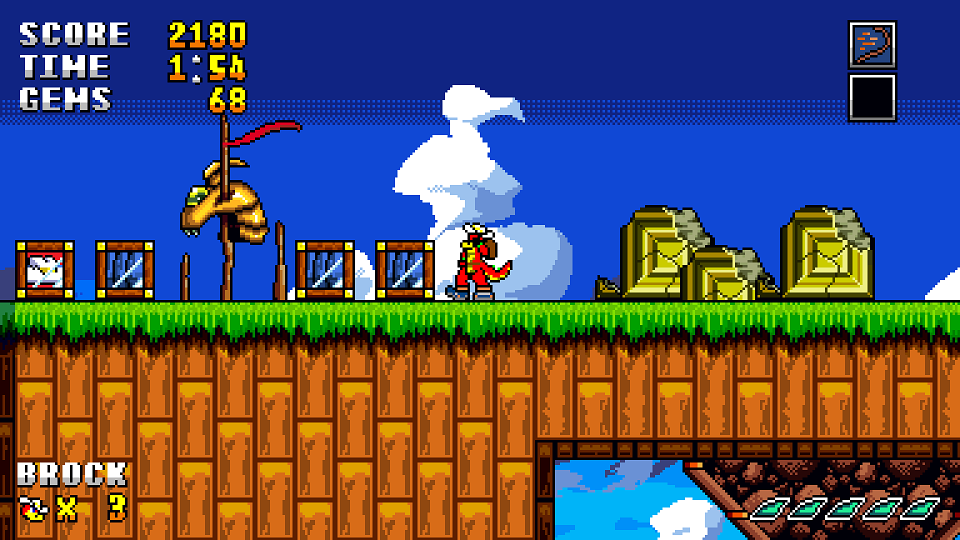 Through out each level in Brock Crocodile, various treasures are scattered through out. From crystal skulls to giant gauntlet, you'll have to replay each level to find all their secrets. There are 5 in the Raptor Ruins, can you find them all? 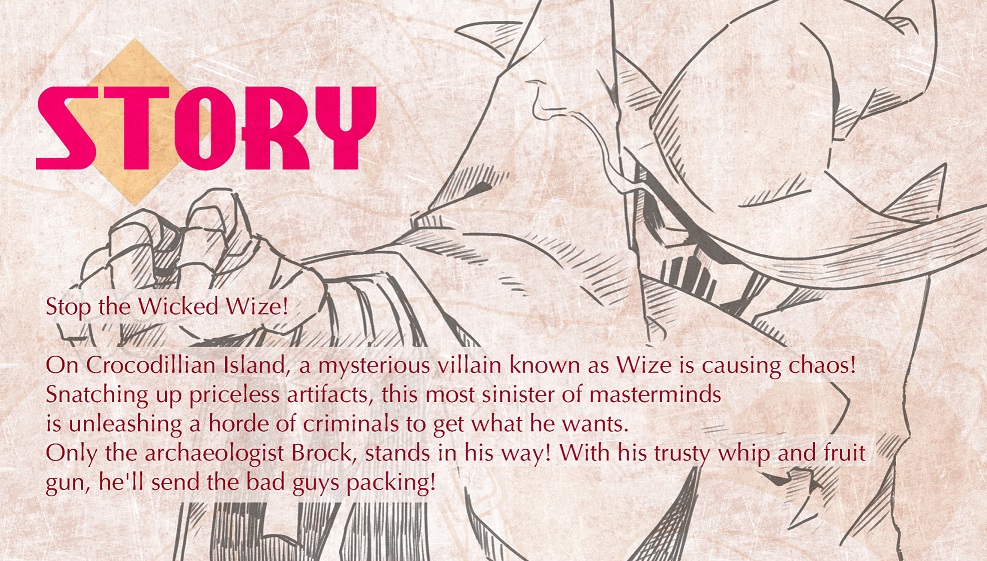 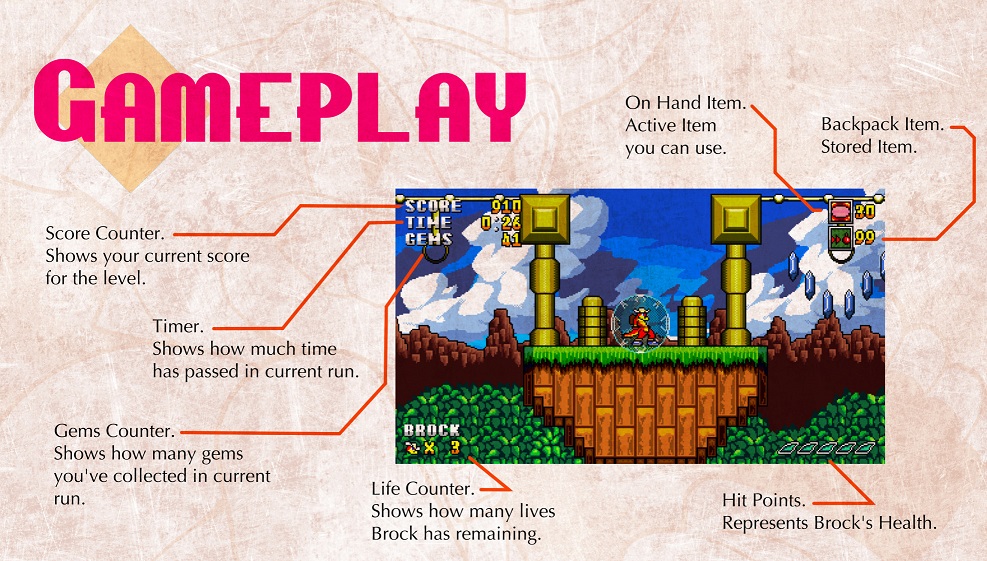 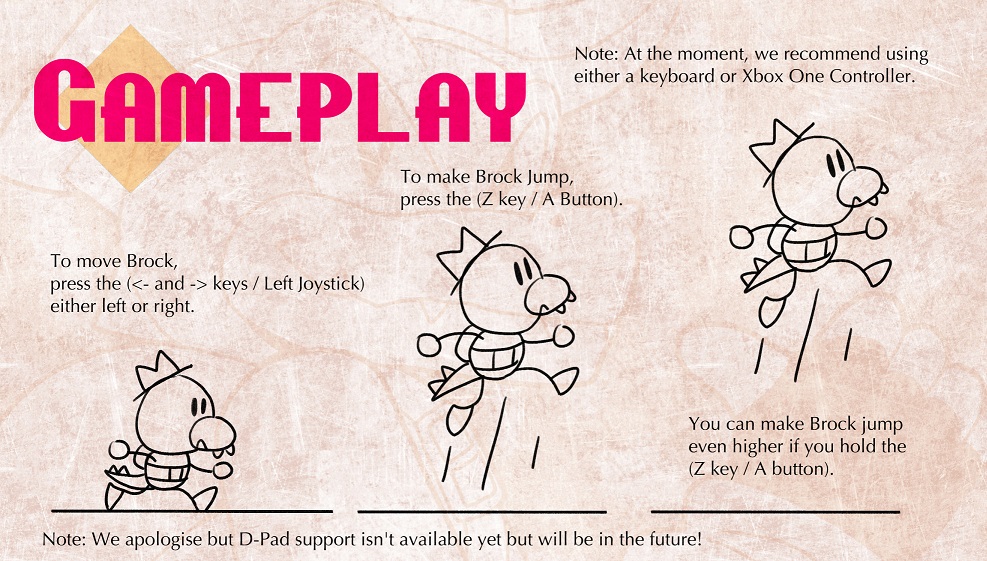 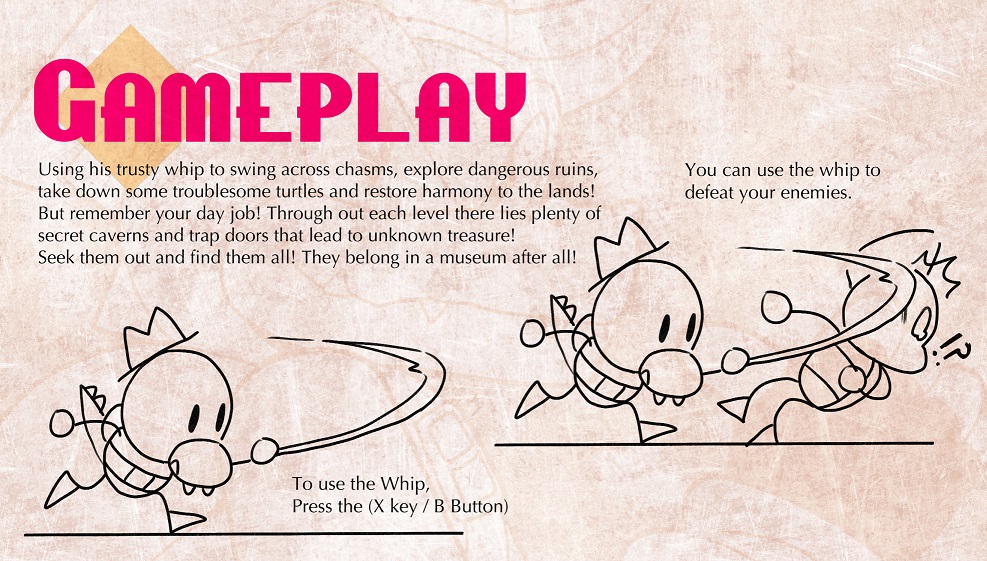 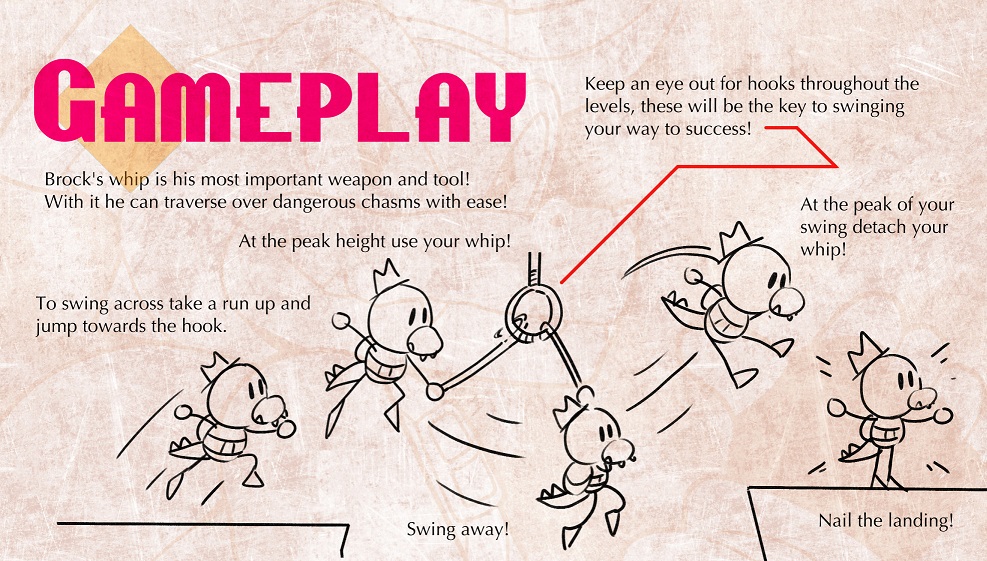 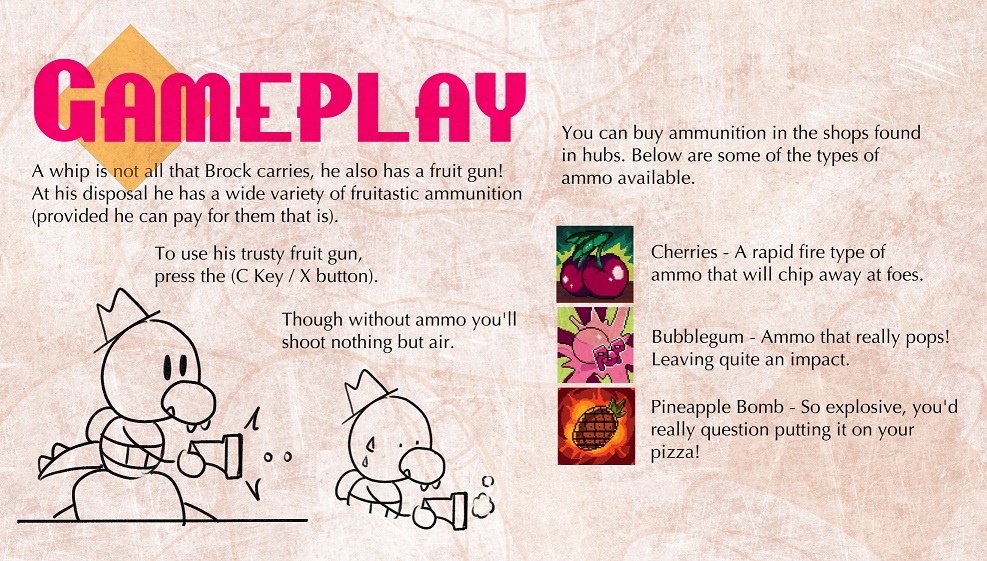 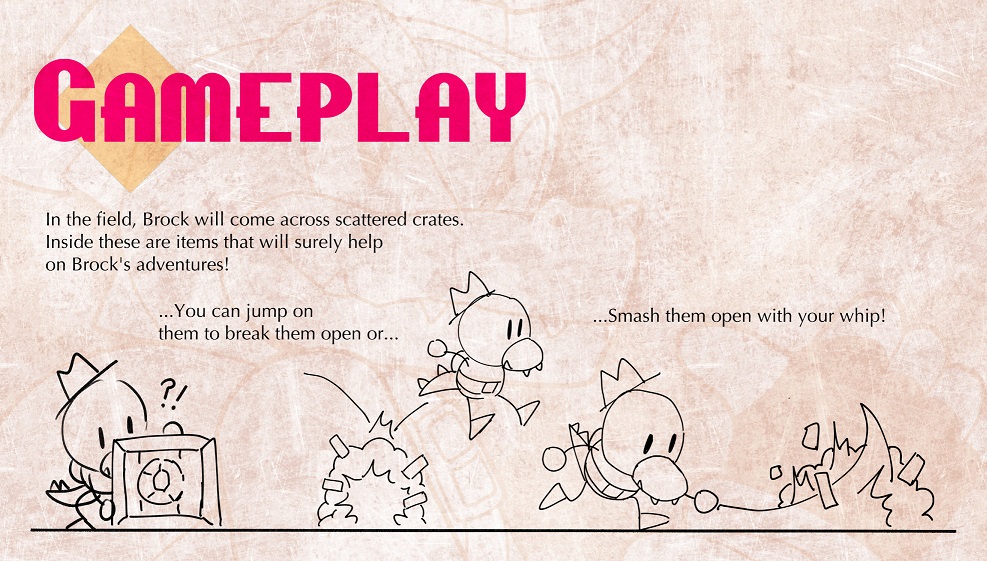 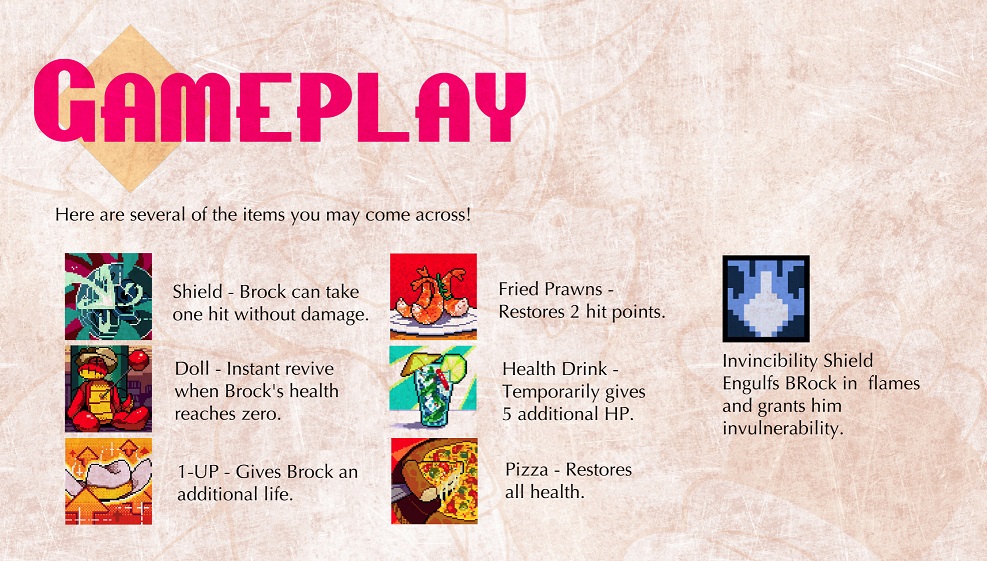 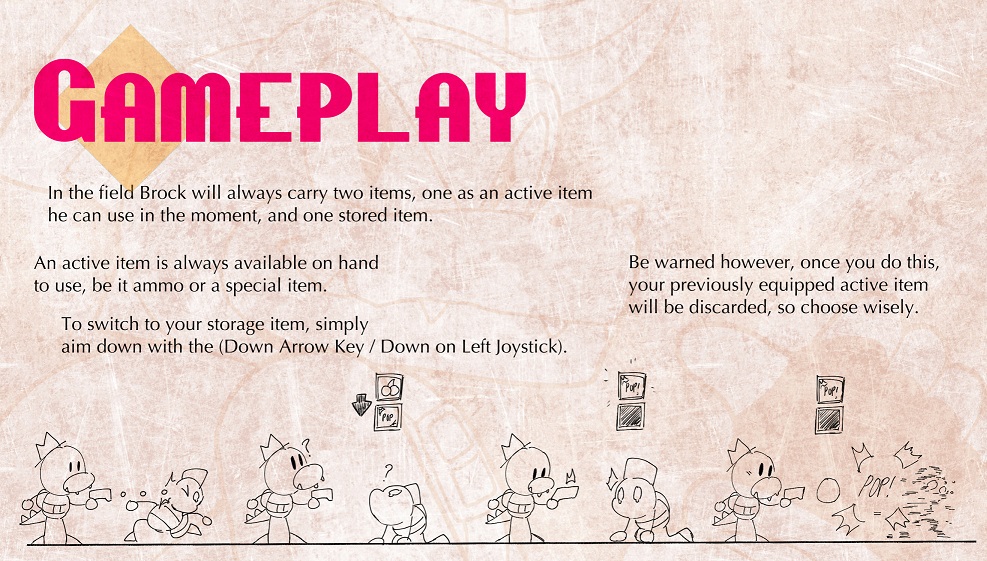 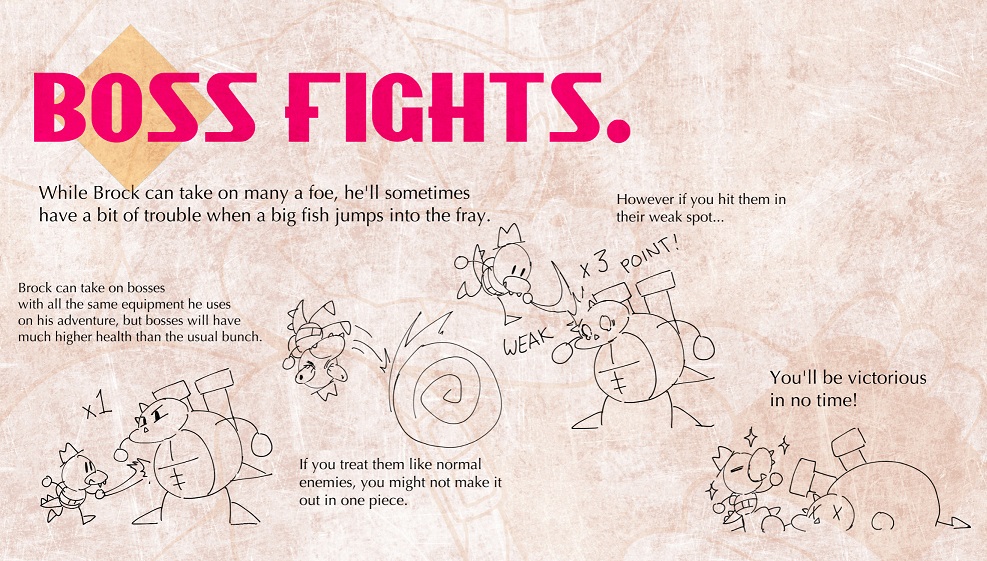 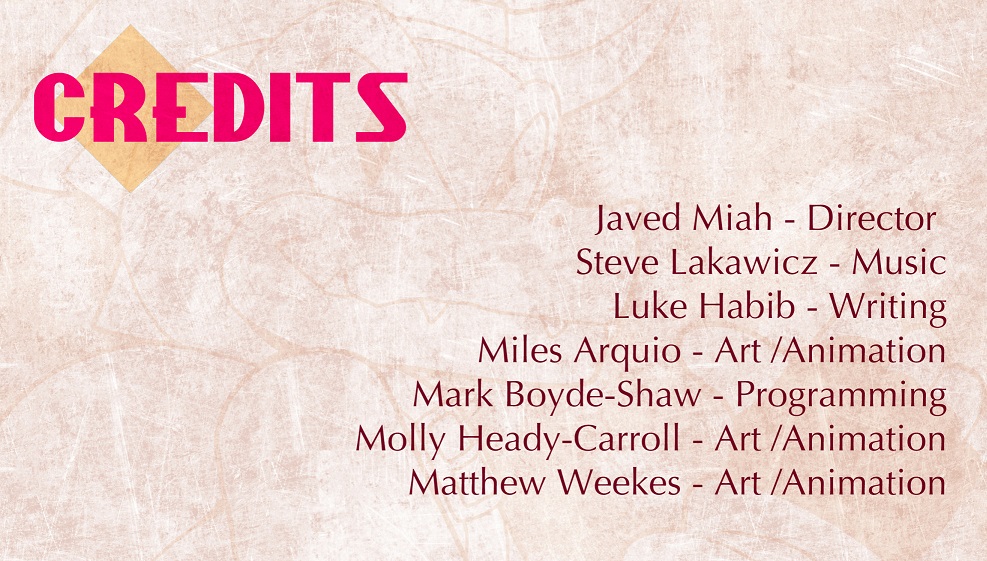 Well this is just true perfection, i found this game and well the first time i played it i loved it! and now it has the 1st place on my favorite games list! and can't wait for the demo 2 to come out!
Incredible aesthetic. Despite being a relatively short demo if you fly through it, this game feels brimming with character and content. The art is super detailed and fun and colorful. The music just rocks, particularly the main theme. Love it! Can't wait to see more.
Reactions: Aki-at
It's a really fun game that reminds me of both Genesis and Game Boy Color, for some reason?

High points:
-The physics feel right for the exploration-side of play, and though they can feel a bit slippery on occasions, I found myself adjusting easily to it~
-The variety in pickups and the bag management system sound and feel great. Do you drop by a shop to carry some impromptu healing/temporary health, or do you make do with what's in the stage? Or do you completely forget that soda in your inventory and end up picking up another bubblegum shot-type accidentally? (For those who read this, when you die, the item you bought from the shop returns to your active hands, if you haven't popped it already)

Tripping points:
-You can whip certain rings and posts to swing off of them and the momentum builds well off them while you're swinging, but I had times when I clearly hit the thing with the further part of the whip and don't tether to it. It kind of feels like I have to be within a bodylength of the ring in order to properly grip it, which can make the moments when you have to tether-swing multiple times in a row(as optional as they may be, on occasions) somewhat precarious when you miss your whip. When you have the momentum, it works like a dream, but when you don't you really feel it.
-The gun is on a bit of a delay, which makes realistic sense(I mean, ya kinda have to point it at what you're shooting before you shoot. Doy.), but using the cherry shot felt really difficult and unsatisfying since I found myself out-of-phase with enemies by the time I fired it. Maybe the cherry shot should come out a frame faster? I dunno....

Mixed Nuts:
-So a PS4 controller kinda works for this~ Square is jump, X is whip and O is your gun, with the left stick being used for movement. Didn't really have any hiccups with that, just wanted to inform~
Reactions: Aki-at

Aki-at
Hi Sage! I'm glad you liked what you've played of the game and thanks for the feedback. Regarding the whip, it's an interesting conundrum for the team because we're so use to it we overlook how difficult how it might be for new players so something to look at. With the gun I can definitely see the issue with the machine gun, by taking out the fast and responsive nature of it, it almost hurts the point of having the cherry shot, something we'll be fixing for the next demo.

We're also hoping that for the next demo we can have full controller support and bindable keys, right now we're just using Fusion's own controller interface, hopefully we'll have it a much better setup next time round, please look forward to it!
Read more…