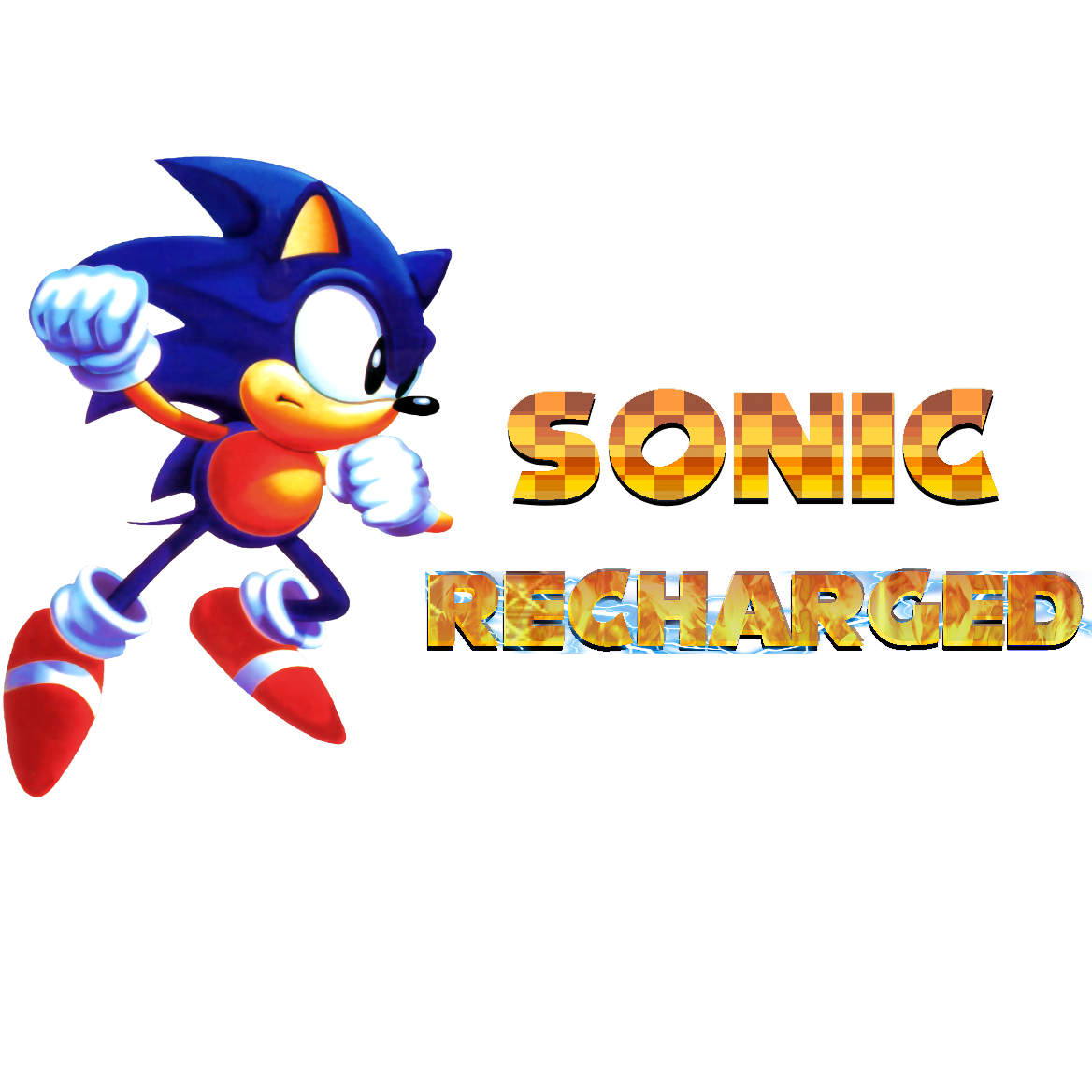 Plot:
"Sonic Recharged" is a fangame that takes place after the events of S3&K in an alternate timeline, this timeline consists of Sonic, Tails, and Knuckles as they go through new strange never before seen zones within Angel Island. Robotnik isn't alone on his endevours this time around, as he's created a perfectly equal Eggrobo. But as most of the plans for the doctor fail, the Eggrobo still shares his old memories from the events of S&K which leads the crazed machine to target Knuckles and Knuckles only.

Will our protagonists succeed again?

First thing off when booting the game is inconsistent key mapping in the menus, and then in the pause button, which is not the biggest of deals...
There are some "downgraded" mania sprites, which I absolutely love, and secondary running sprites you can select, which are also a neat feature, if this were my game I'd consider making them default for their uniqueness to the game.
It has other neat features like the cutscenes, stage visuals, music, badniks and all, as much as some of them weren't made by the team, the justaposition and use of them is what makes it unique. But it needs some reworking. I really liked the ACME Canyon boss.
The level design, is many times unfair, with badly placed enemies and spikes. A good tip is having the player slowdown and have time to react to enemies and not place them where the player can just run free. It also reuses the example boss from SWDelta.
Reactions: Spindash12
The engine and the physics is the mayor problem, this have potential, lucky on the next sage.
Reactions: Spindash12
Yeah I'm sorry to say but this wasn't very enjoyable. The levels that have obstacles have them in very unfair places. Such as spikes facing you, or an enemy you can't see right after a boost pad.

The bosses are just... honestly they're just awful. In the first boss for Acme Canyon, if you let it go off screen, it doesn't come back and you soft lock. Plus it takes a ridiculously long time to beat since you can only beat it once... (or maybe twice if you're super fast) when it's vulnerable.

The Robotnik one was even worse. He never stops shooting bombs. There's no pattern to learn or anything like that, he just spams them. Just because you're constantly being hit by a boss, doesn't mean it's a good difficult boss. There was no other way but to damage boost through that one. Then at one point, I died as Knuckles and the game froze.


The one good thing I liked was the levels looked quite nice. I just couldn't get over the glitches, bosses and unfair layouts.
Reactions: Polymath
Read more…

PLease mirror this to Google Drive or something, the servers here are terrible
I had more in my review but I couldn't post the whole thing. I also mentioned how I couldn't jump in the mine cart for some reason which made the level uncompleted. I know it's possible, but it would not let me do so.

Dashaque said:
I had more in my review but I couldn't post the whole thing. I also mentioned how I couldn't jump in the mine cart for some reason which made the level uncompleted. I know it's possible, but it would not let me do so.
Click to expand...

well you have to press what ever button you shose i perfer an Xbox one controller for windows 10 if you have a controller due to the controls being more smooth
You must log in or register to reply here.