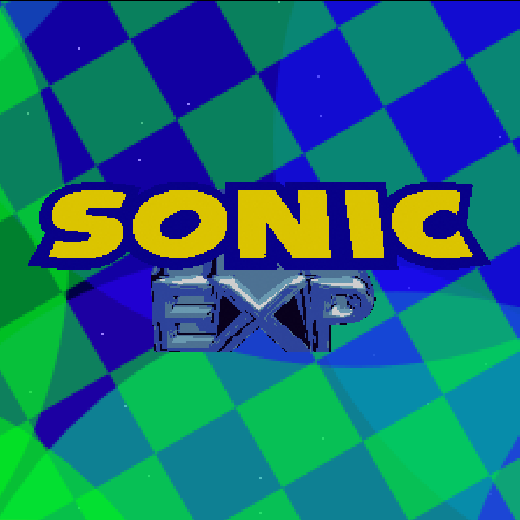 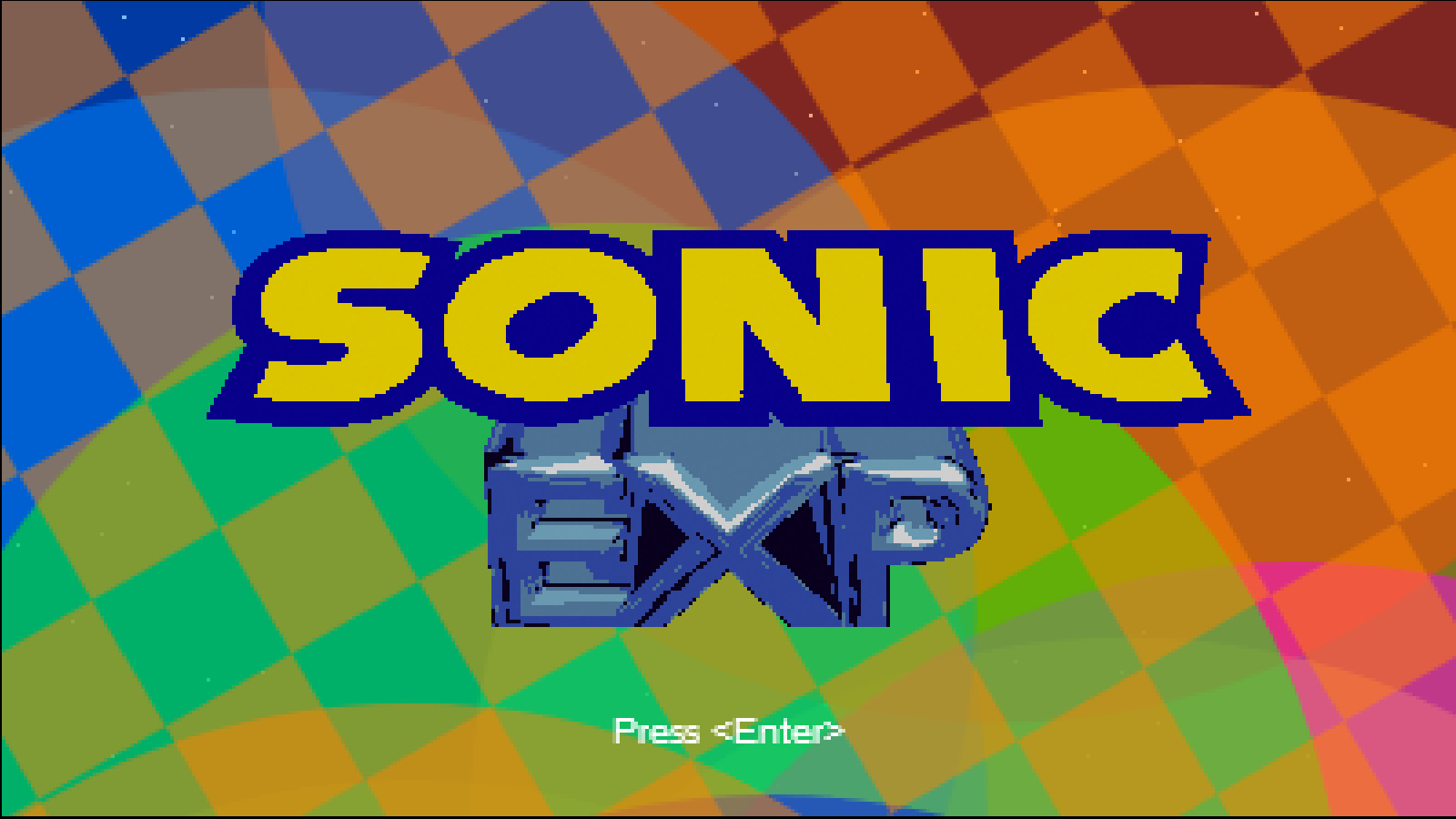 Sonic EXP
Sonic EXP is a fan game made for fun and experience. It is based on the Motobug engine, an engine I built entirely with HTML5, CSS, and JavaScript which has been in development off-and-on since 2017. The game itself initially began earlier this year to guide the development of both Motobug and the newly created Motobug Studio level designer.
Please note that this game is still in development, and therefore the current state may not reflect the final game. Also, I am just one person, and am developing this for fun, so manage expectations accordingly.

Arrow Keys/Left Stick - change selection​
Enter/A - confirm​
DOWNLOAD/PLAY:
Sonic EXP is best experienced in the browser! You can play the current version at https://sonicexp.netlify.app/, even on smartphones! Downloadable versions are also available for Windows and Linux:


Web
Windows
Macintosh <Not available due to technical difficulties. Please use the Web Version>
Linux
It is recommended that you use Firefox, Chrome, or another Chromium-based browser (like Microsoft Edge) to play. Safari support is still experimental at best and may have issues that are not present in other browsers.
While work has been done to improve performance on slower systems, performance may suffer on your setup. Check out the information at the bottom of this post for tested systems.


ZONES:
Sky Terrace
Sonic discovered these ancient mountaintop ruins while on a run. Who built them? Who cares! At least they are fun to run through at Mach 5. 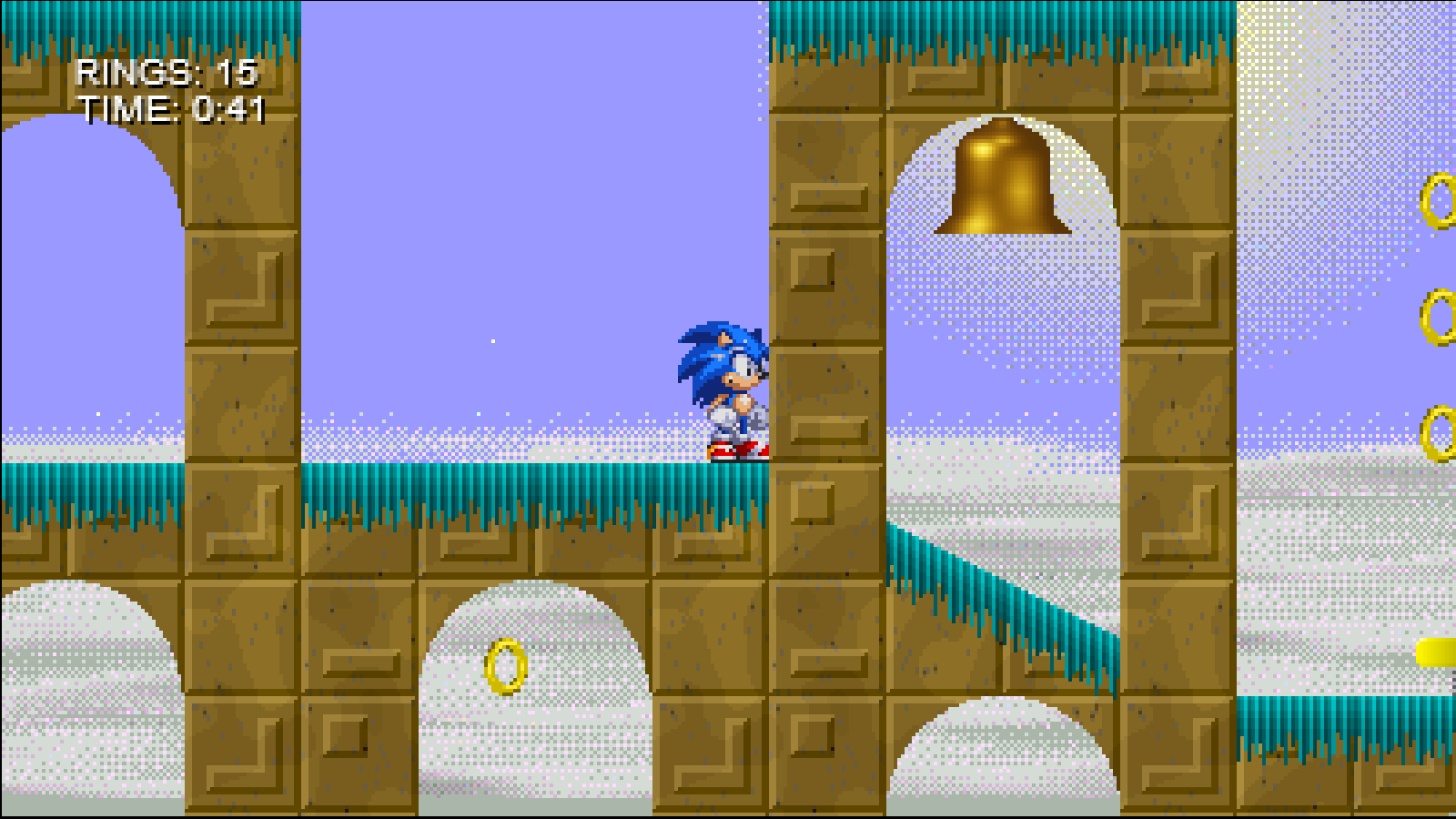 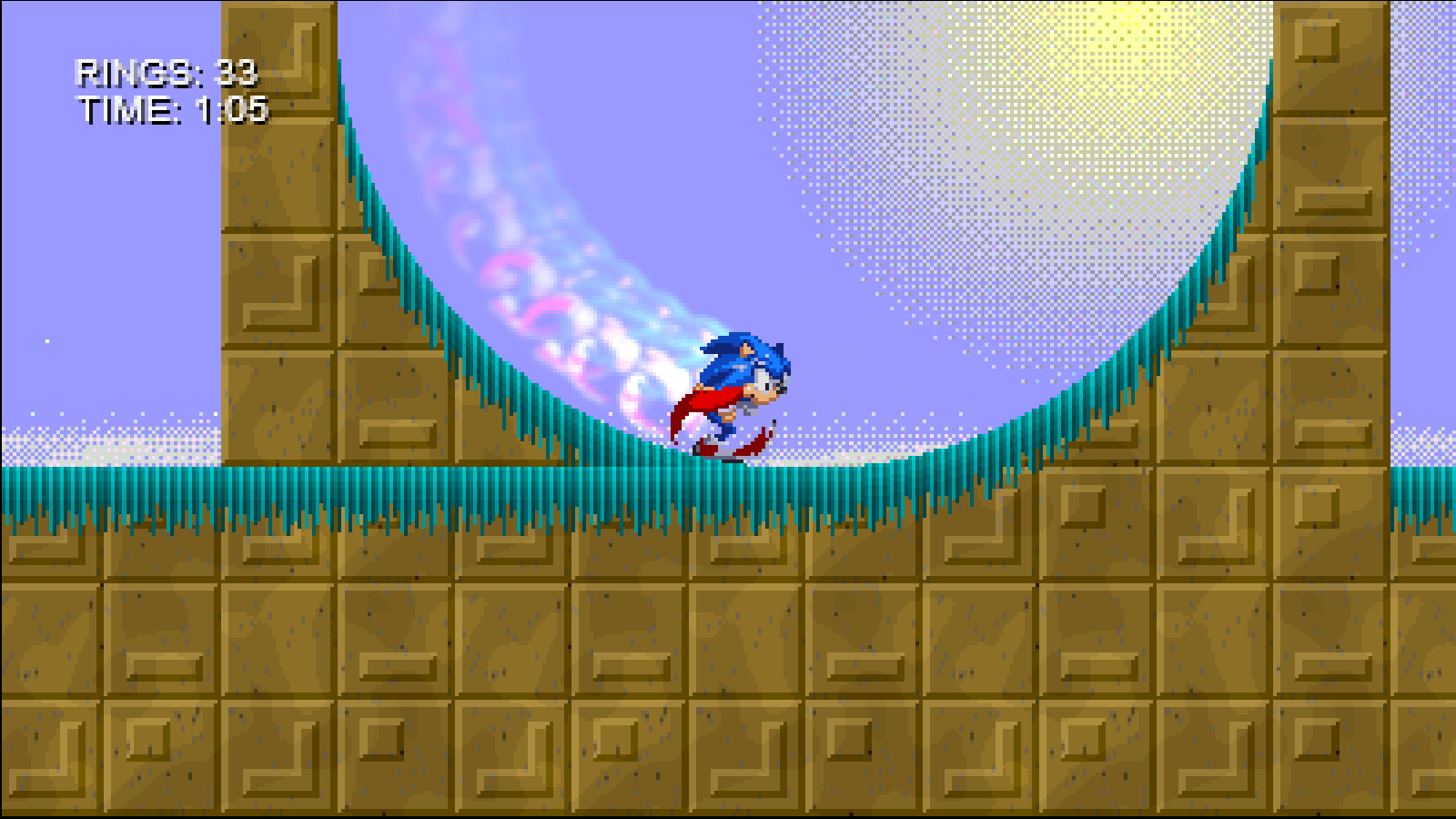 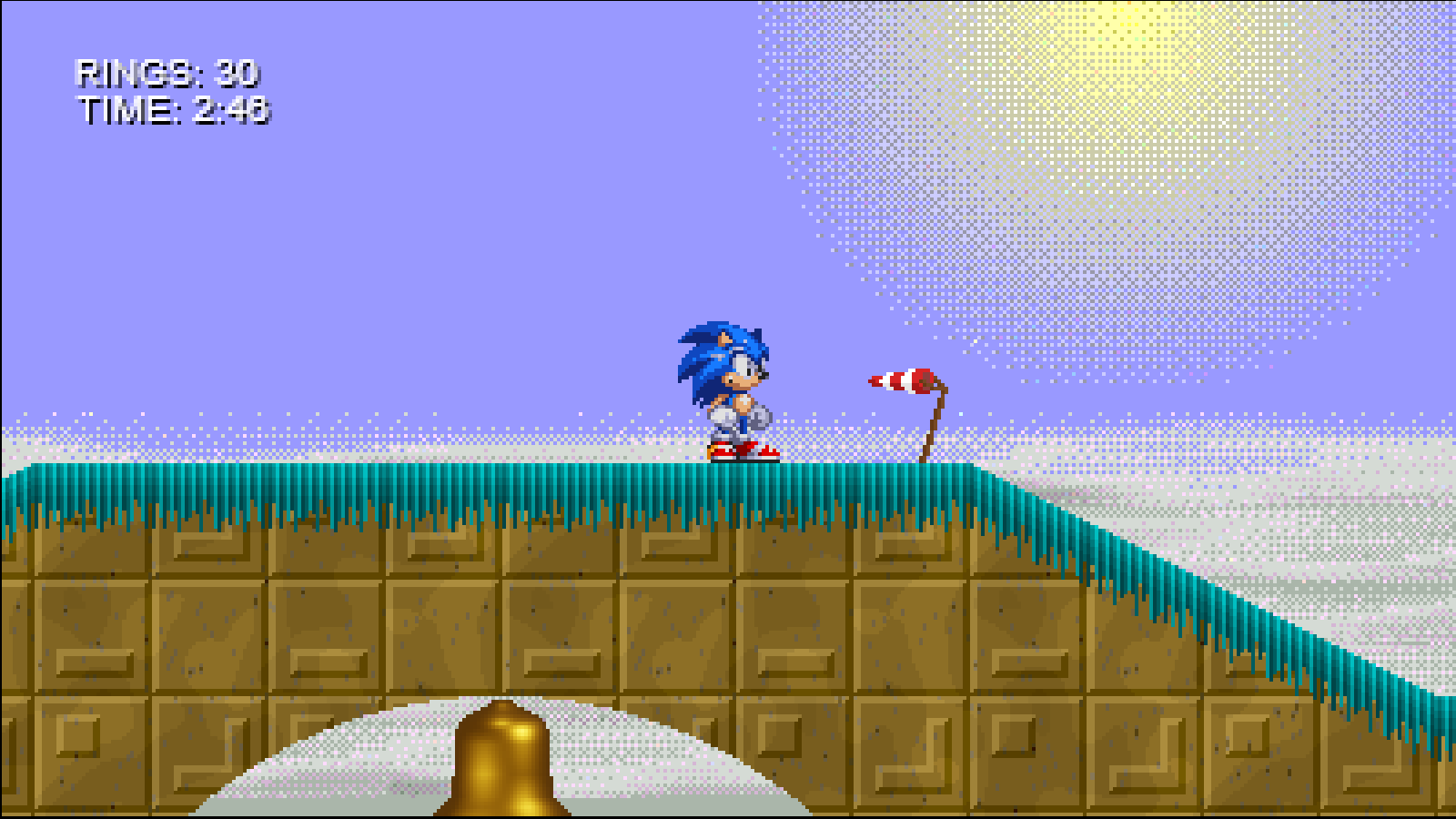 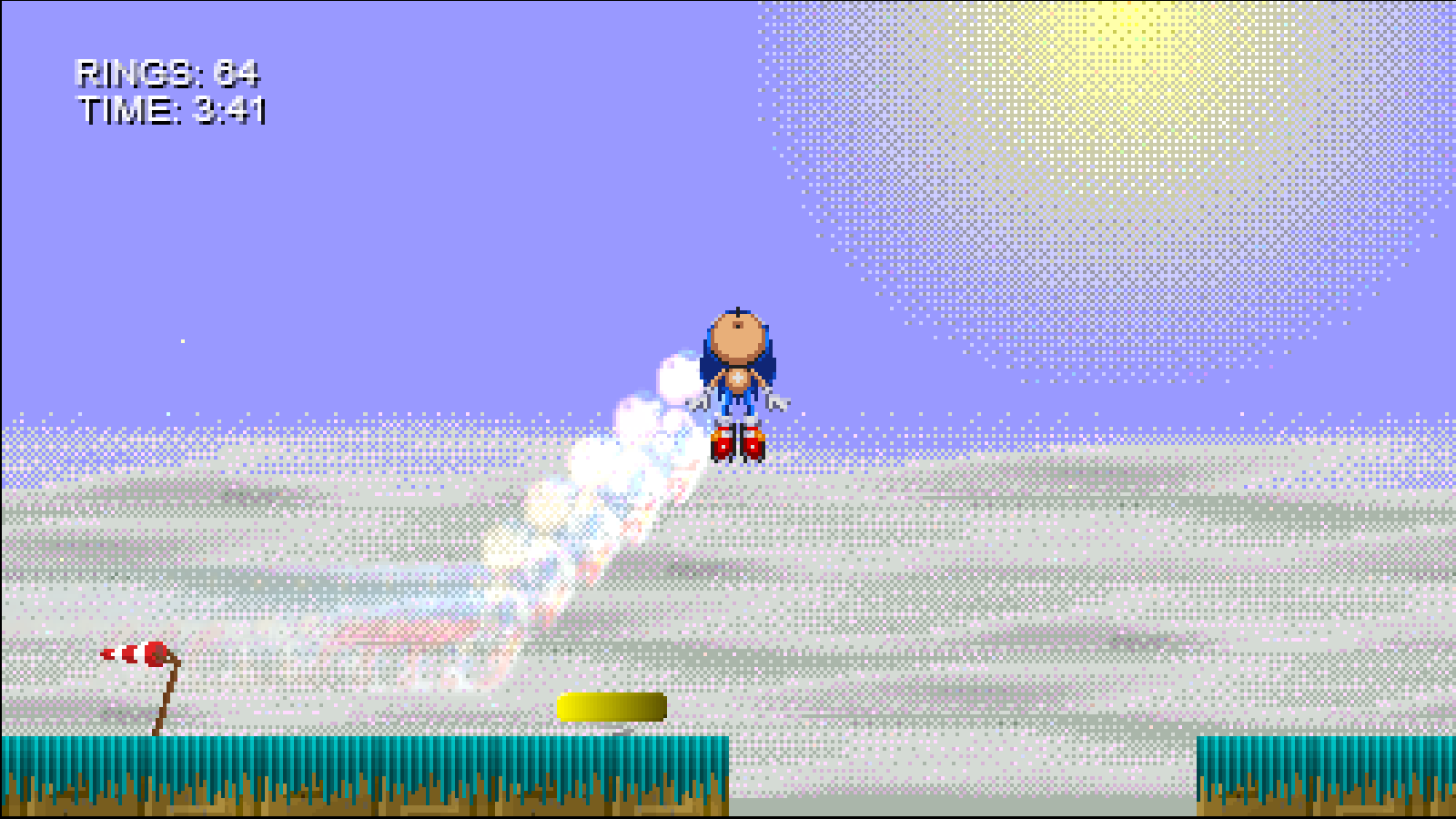 Chaos Causeway
Chaos Causeway consists of a network of interconnecting bridges that together span the widest channel in the world. Any other night, it might be nice to take a break and watch the moonlight reflect off the waves, but right now, Sonic needs to figure out what exactly Dr. Eggman is planning… 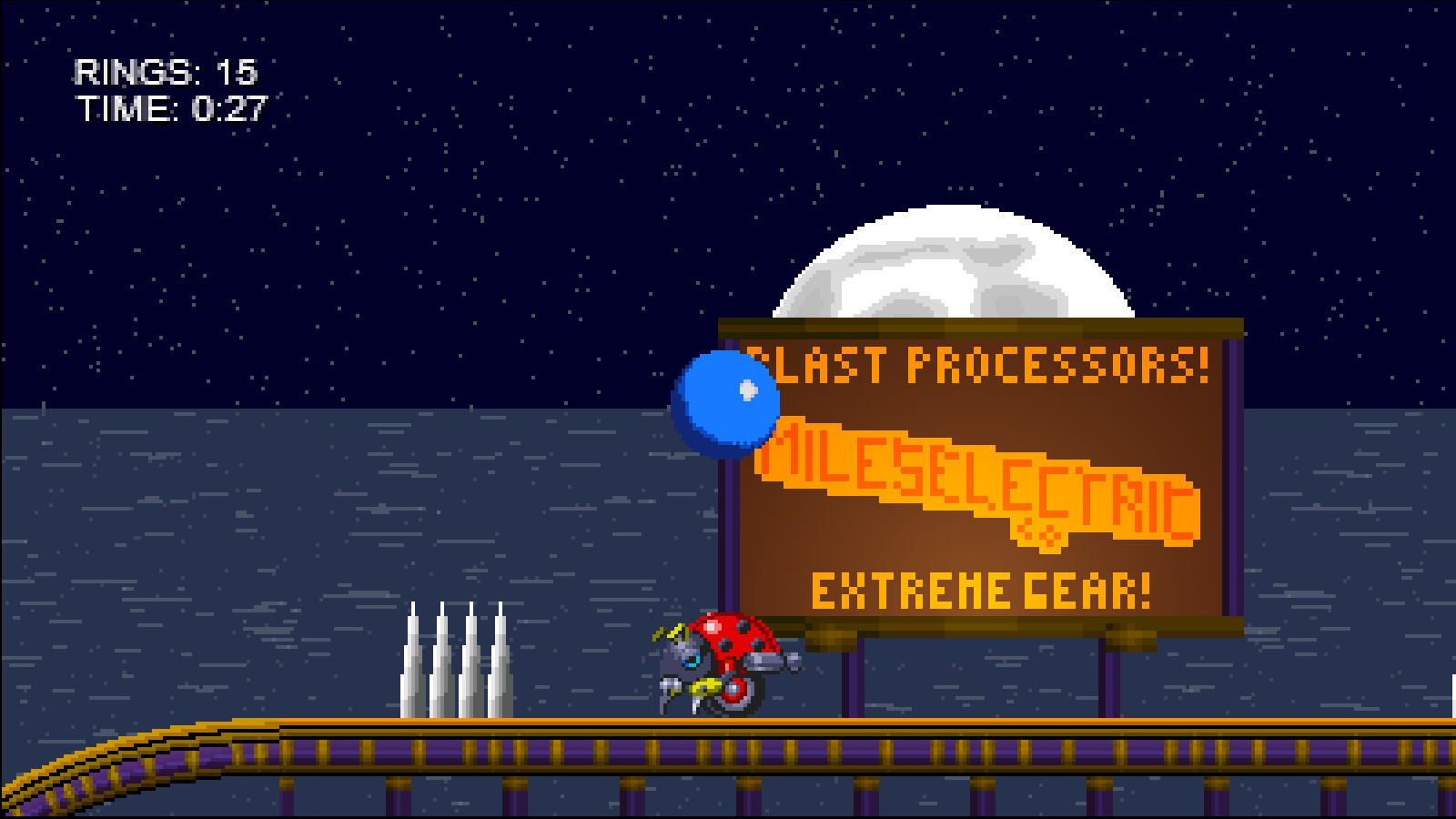 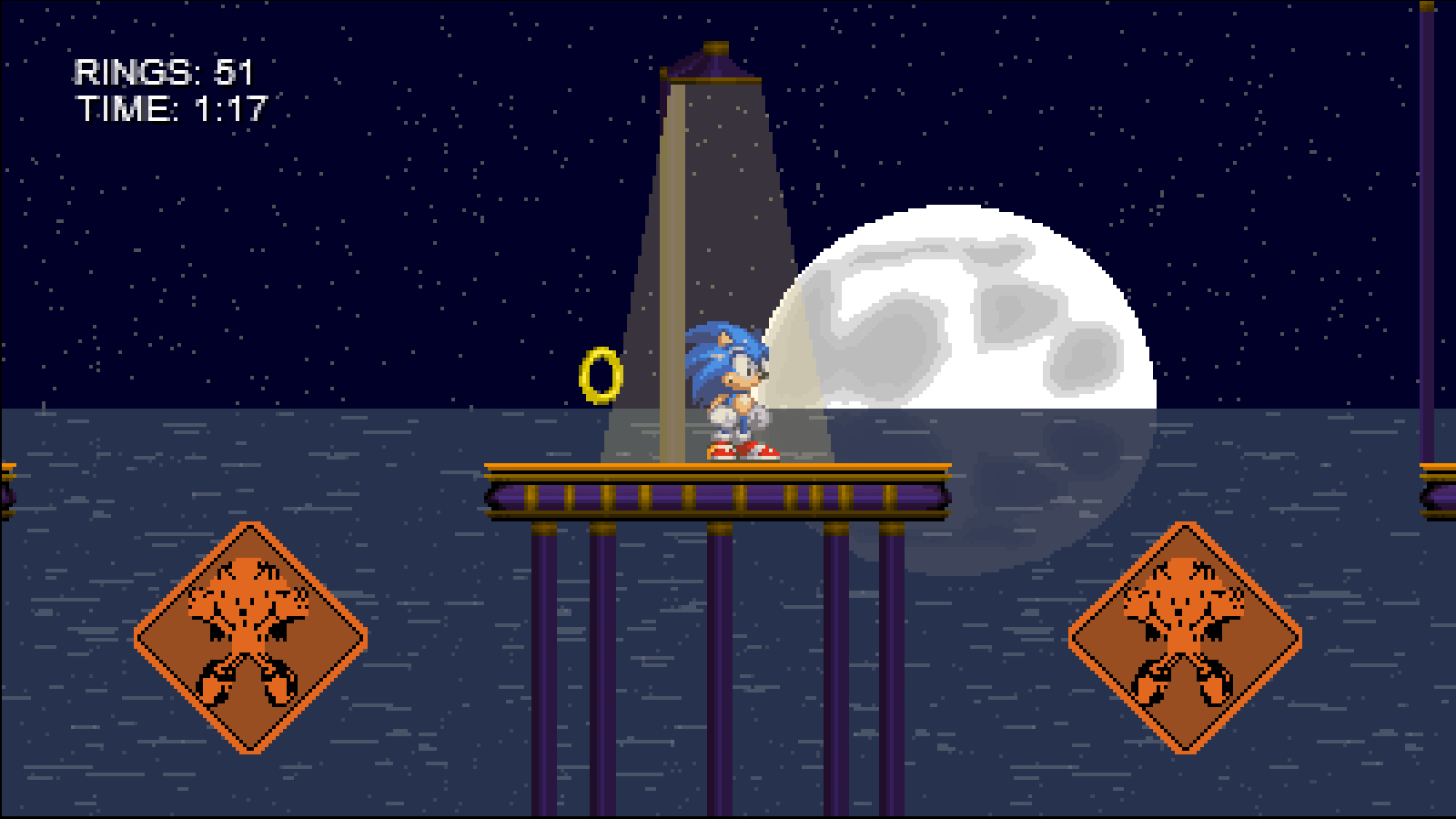 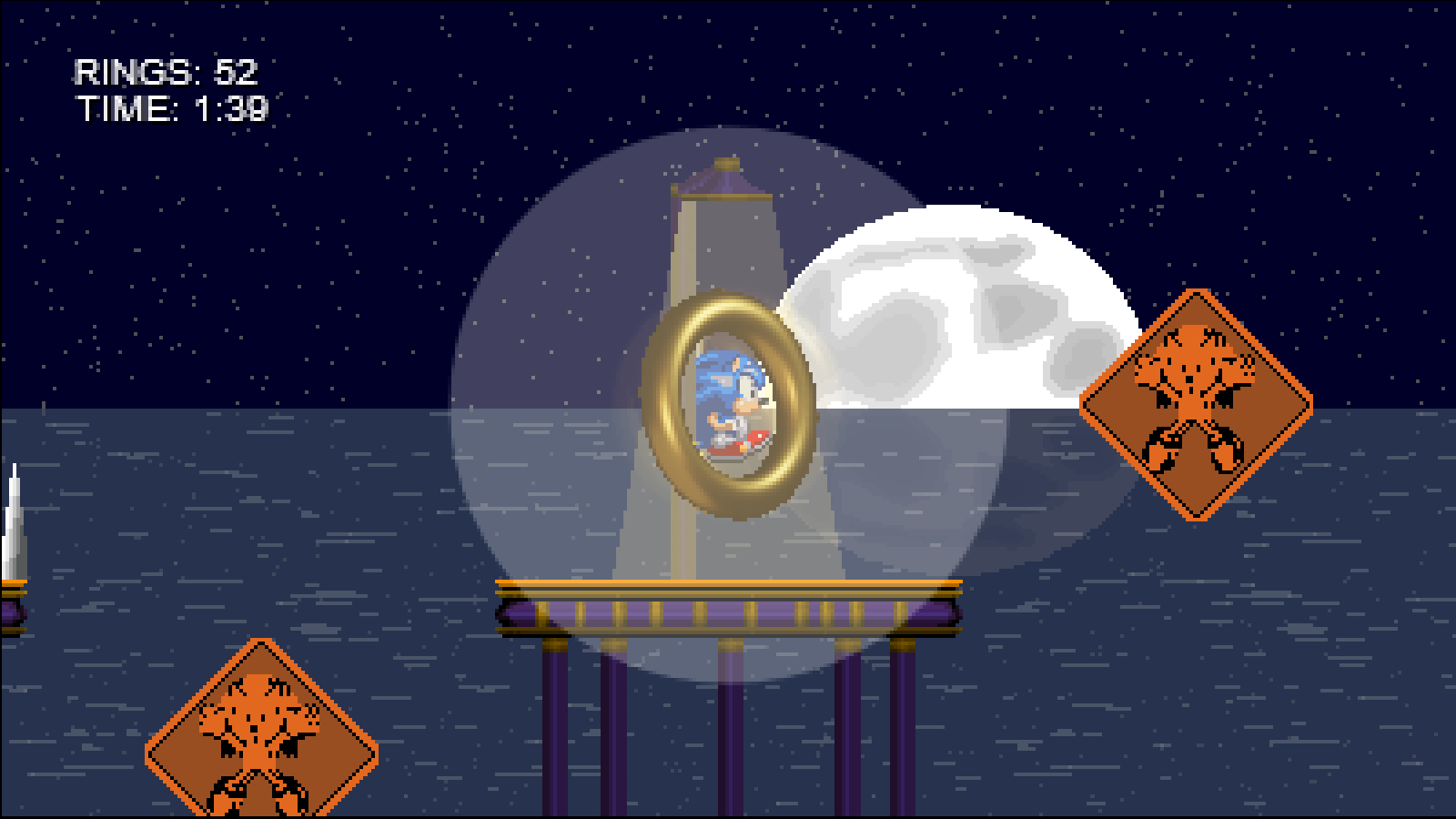 Special Stage
What can I say? It's a special stage alright! Collect 50 rings and find a warp ring to get here. 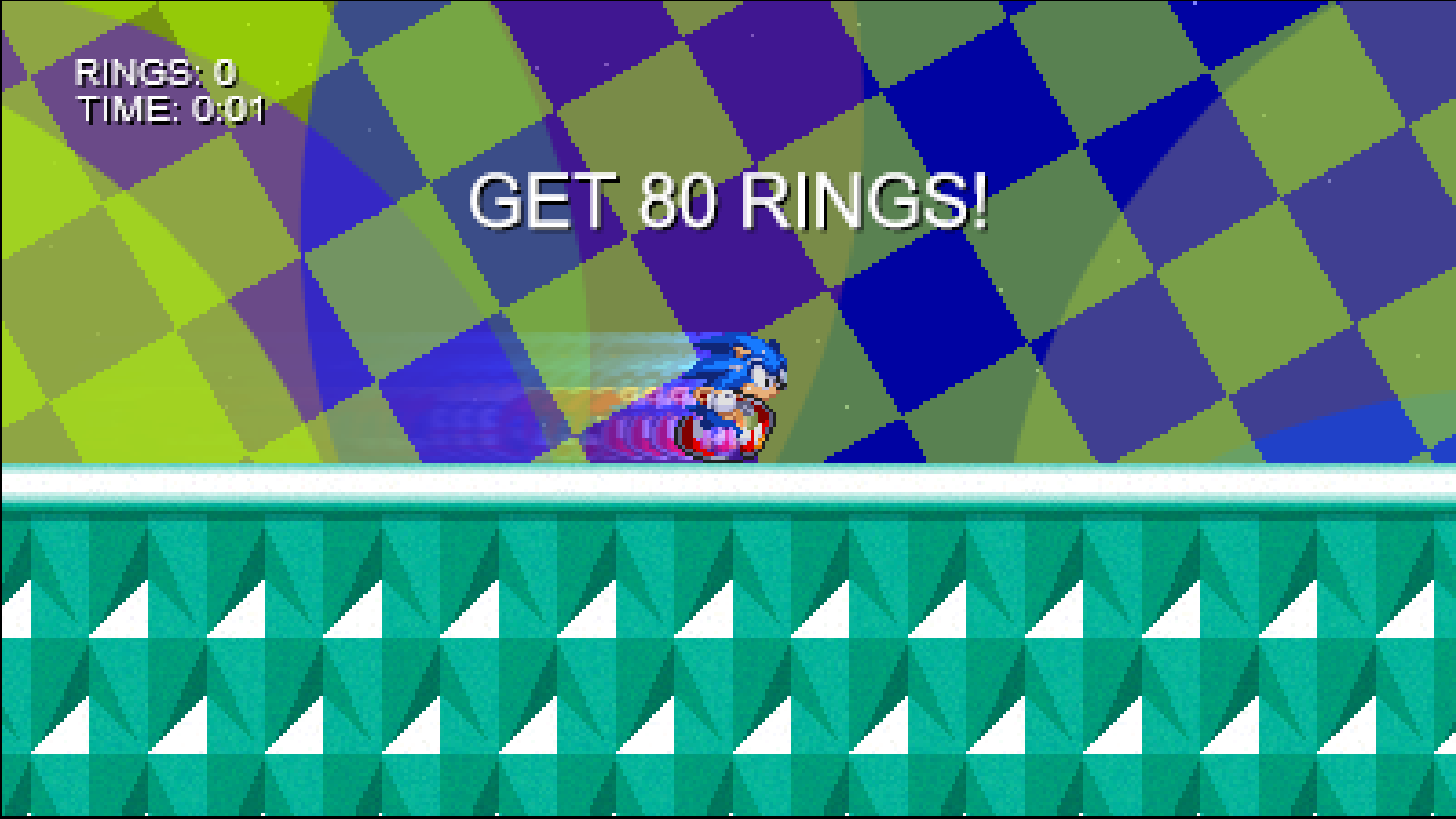 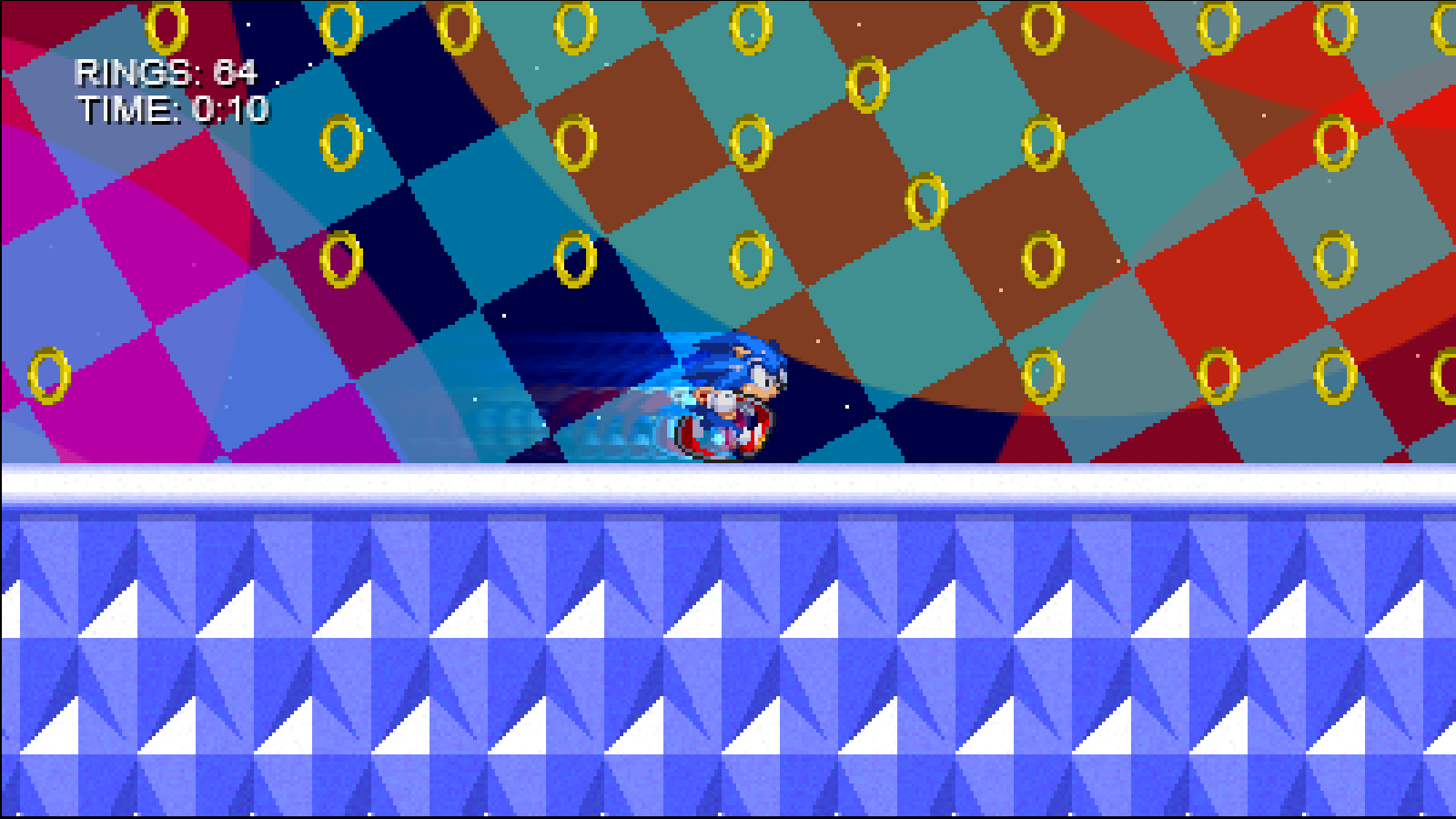 SONIC EXP OST:
Here's a link to the OST for the entire demo on my SoundCloud, for your listening pleasure:


Note that if your average framerate is below 40fps for the first 300 frames, the engine will turn off some of the visual effects including after-images, which should improve performance.
Also note that, while some aspects like velocity are adjusted to account for framerate, collision detection is NOT framerate independent. If you are having issues with collision detection at reasonable speeds, your framerate may be to blame!

Here are some notes about performance on various common setups:
DESKTOP
Firefox: Performs well enough, may stutter on slower systems. Try turning down your system resolution or (as much as it pains me to say) switching to a Chromium-based browser for better performance.
Chrome: Performs well enough. If your system is especially slow, it may result in momentary hang-ups and (occasionally severe) input lag. If this becomes an issue for you, Firefox may work better, at the cost of a consistently lower framerate.
Edge/Chromium-based browsers: Only the latest MS Edge has been tested. Performs like Chrome.

MOBILE
Android: Firefox and Chrome perform similarly to Windows, though Chrome’s input lag can be more severe on mobile.
iOS: I have not been able to do any extensive testing with iOS devices, though do note that Safari tends to act differently compared to other browsers. Any browser on iOS will use the same engine (due to Apple restrictions), so expect similar results.

CONSOLES
Xbox One: I have tested the Xbox One's version of Microsoft Edge during development, and it seems to be compatible. While I haven't tested browsers on other consoles (like the PS4, for example), preliminary research suggests that their browsers are not as good as Edge, and likely wouldn't support Sonic EXP.
Reactions: Buttertails and ZenTiger。アレクス。
Share:
Reddit Pinterest Tumblr WhatsApp Email Link

Love it! Hope linux stays with this project.
Keep up the great work! Much love to the classical games here!

Love it! Hope linux stays with this project.
Keep up the great work! Much love to the classical games here!
Click to expand...

Thanks! Linux support is something I really wanted to do for this project, so I'm glad to see you enjoyed it!
You must log in or register to reply here.