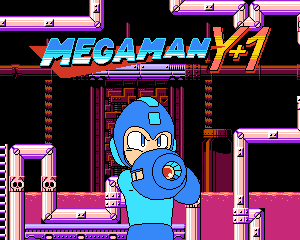 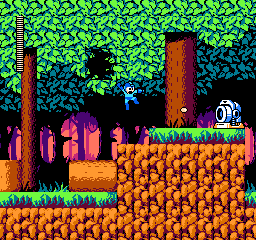 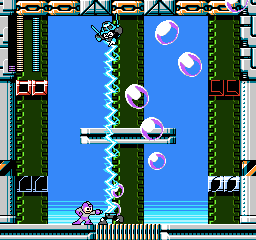 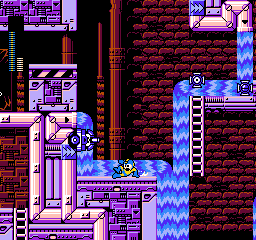 Take control of Mega Man as you set out to take down 8 (three) rebelling Robot Masters to save the world! With each Robot Master you beat, you get a new Special Weapon to help you on your journey! It's just like Sonic, but with less momentum and more frustration!​
Featuring:
- 3 (three) (4-1) levels
- Timber Man! And two other bosses that nobody cares about
- Somewhere between 1 and 5 special weapons
- 2 soundtracks - either select the traditional 8-bit Original soundtrack, or the arranged Complete Works soundtrack! Wait, that doesn't work with the running gag we had going there
- A blue protagonist (when you swap weapons he is not blue physically although he is always blue emotionally

Check out our Twitter for updates, or our Discord for slightly more updates and daily arguments over who the best Robot Master is
​

V1.0.3.1 - this is embarassing
- Ensured that the E tank setup in Toxic Man's stage actually works

V1.0.3 - (hopefully) The Final Demo Build (Unless Things Go Horribly, Horribly Wrong):
- The switch blocks and switches in Volt Man's stage have had their colours updated to better stand out against the rest of the stage
- Default gamepad controls are now reasonable
- Volt Man's electric ring attack hitbox is now more accurate to the sprite
- Toxic Man's dashing telegraph consistently appears
- Doubling inputs using both keyboard and controller no longer freaks the game out

V1.0.2 - Combined with v1.0.1 (which was never uploaded directly to SFGHQ):
- A semi-common crash in Toxic Man's stage no longer occurs
- The gamepad configuration screen now correctly allows inputs to be changed
- In case controller oddities still occur, all controller inputs can be ignored in the options menu for easier use of programs like Joy2Key
- Buffered charged shots are no longer overriden by regular shots
- Various menu visual glitches have been removed.

Quality of the game is okay so far.
Reactions: i-am--a--messss
The level design is terrible, very amateurish. Also plenty of recycled assets.
I
i-am--a--messss
this is the sonic amateur games expo after all
Read more…