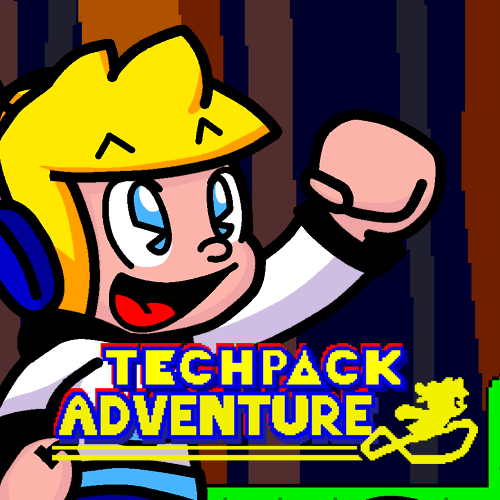 WARNING - The game is far from finished and lacks: A pause button, checkpoints, health system, good level design, level select, my sanity and polish. This is more of a field test and accidentally was made tough as nails

A sequel to the game Super TECHPACK. Join Techpack on his quest to track down the secret cloning formula. An equation that could cause disaster to Techpack's world. Run, Jump and Dodge your way through the 3 first levels of this new entry in the arcade style series.


Disclaimer: Please note this is a demo. All things in this project are far from finished (Eg: There's no pause button). You can follow updates and other things on the game from here: https://twitter.com/Techpack_64 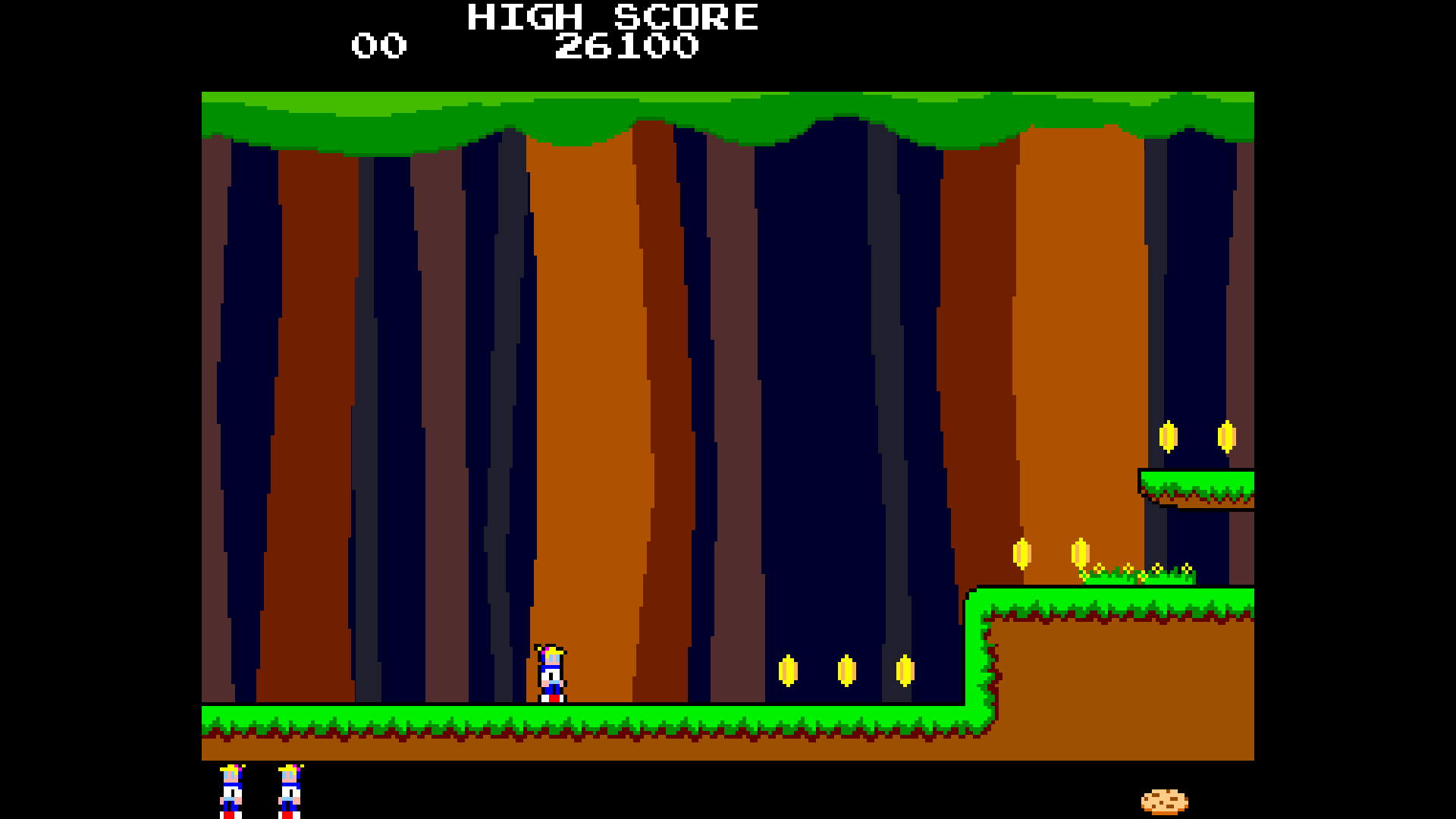 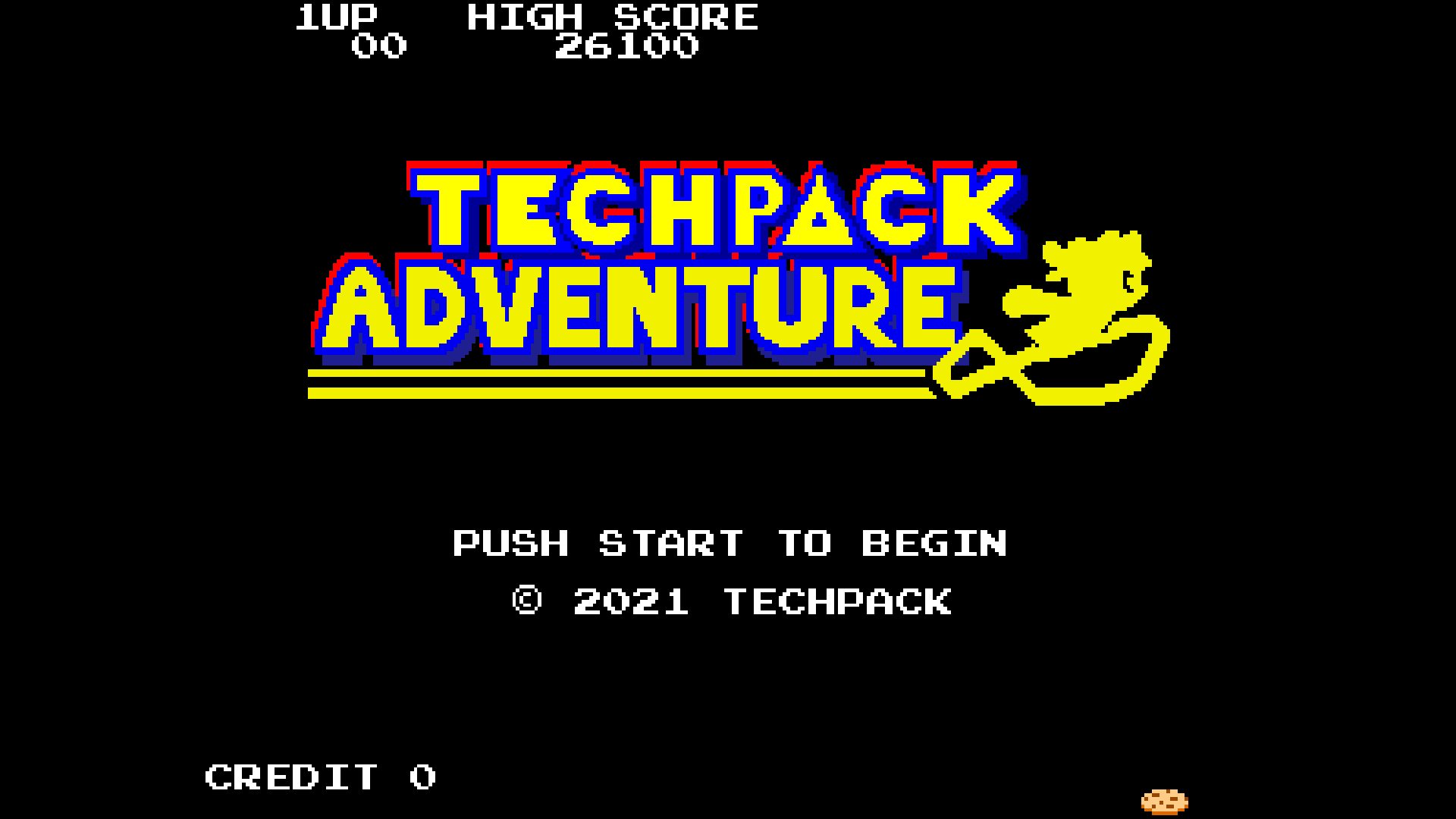 Da moves:
Ground Slam - Tap Jump mid air to do a quick downward slam. Stops all momentum but you cannot stop the action.

Wall Run/Wall Jump - Hold into a wall and hold Jump to scale a wall. While holding into the wall, let go of Jump to fling yourself from the wall

If need be, you can press F4 to go fullscreen. Although coming out of fullscreen causes a minor bug which makes the window outline disappear
Share:
Reddit Pinterest Tumblr WhatsApp Email Link

I played your game and i like it. I love the early arcade style. Good job!
I love the aesthetic and most of the "game feel" here. Old Namco arcade games are a criminally underused type of retro aesthetic, and the wall run lends just enough of a twist to make the fairly simple gameplay stand out. Unfortunately, the jump can kind of hold it back, and messes with the otherwise satisfying flow of the game. There're a few reasons for this.


#1: Techpack accelerates like a spider on the ground, and a barge while airborne. There's a difference in grounded and aerial handling in pretty much every platformer, true, but here it's just too much. It makes landing feel really uncomfortable and fiddly, as I'll be slowly drifting to the side one second, and then zooming off of or into something the moment I touch the ground.

Solution: Probably the easiest one. Simply close the gap between the ground and air acceleration values by a bit (or a lot.)


#2: The Ground Slam. To be more particular, the resulting bounce. It's just high enough to prevent you from jumping at a critical moment, while also being too low to actually clear anything. Another problem is the inpu. Too many times, I found myself slamming straight off the edge of a platform I meant to jump from, or accidentally chaining bounces together while frantically trying to jump over an enemy.

Solution: Either increase the height of the bounce or remove it entirely. Also, map it to down+jump, or just down, instead of jump.

#3: Static jump height. In basically every platformer, letting go of the jump button while you're still moving upward will cancel a portion of your upward momentum: AKA, "the longer you hold the button, the higher you jump." I don't know if not including that was a reference to some simpler, older arcade games, but... that's a modern feature you might want to add, especially considering the more modern level design you already have.


Bonus tip: instead of only letting the player jump if they're on the ground, implement a "coyote time" mechanic. It's slightly long-winded so I'll just let you look that up. It'll mitigate a lot of the aforementioned "but I SWEAR I hit the jump button in time!" I experienced with the slam attack.
You must log in or register to reply here.