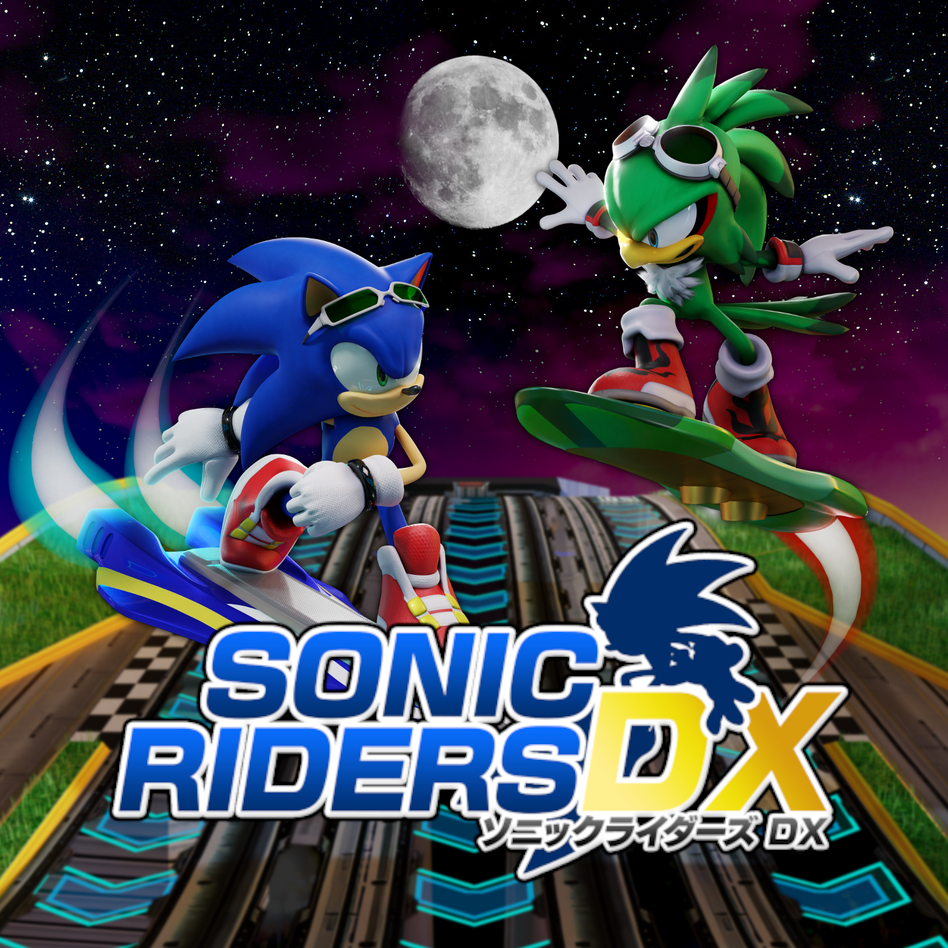 Sonic Riders DX is a competitive mod for Sonic Riders that modifies the game to introduce new gameplay styles by modifying the gears and characters, adds mechanical fixes, and balance stages across all 3 types.

The mod is currently for the GameCube version, often played using Dolphin Emulator. Coming soon to the PC version!

"Sonic Riders" has always been perceived as a racing game with a high skill curve with little explanation on how to master it. From the dawn of speedrunning the game, players quickly realized "High Booster" was the fastest Extreme Gear boasting an insane boost speed of 350. In following years various exploits like pause buffering to drift while flying and Auto Slider Fly Glitch were utilized. This would be the growth of the speedrunning scene for the game, but the game was dead for multiplayer. About a decade after the game's initial release, the competitive multiplayer community was founded, and 2 years after that, modding on the game began. Over this period of time, more discoveries were made about the game. New skips and glitches had been discovered, a better understanding of the game's potential with having a resource system, and more issues that would need to be fixed via modding. However, things became rocky due to reoccurring issues within the community, and eventually all of the developers, most of the testers, and most competitive players split off on their own help create what we know today as "Sonic Riders DX" and the community for "Extreme Gear Labs".

- A new catchup mechanic called "Slipstream" had been added! Players following behind another player will begin to accelerate based on how well they are following their opponent!
- Introduces the "Clutch Toggle", which allows you toggle ignoring Turbulence and Pits by pressing the Y button. This is indicated by a purple exhaust trail.
- Players can taunt using each of the 4 directions on the C-Stick.
- Dash panels now increase the player's speed instead of setting it. This fixes dash panels reducing the player's speed.
- Type shortcuts on stages (grind rails, fly hoops, power paths) have been sped up so that every type is viable on every stage.
- Set pieces such as item boxes, power objects, fly hoops, and dash panels have been moved, changed, and/or removed to improve certain stages. Most notably, Sky Road has received the most changes out of any stage in the game.
- Attacks have been massively overhauled. Players no longer lose all of their rings and stun times have been significantly reduced.
- Characters have been rebalanced into classes that give different stat bonuses. You can see these in the character select screen using the HD Texture Pack!
- Object layouts from single player are now used in multiplayer! (No longer do stages lose half their rings in multiplayer!)
- Turbulence is much faster now to allow players to actually utilize it for catchup.
- 100 Ring Box and MAX Air Box are disabled.
- and much more!

- The game boots straight to the main menu and everything is unlocked from the start!
- Music from other Sonic games and SEGA franchises added to each stage and menu!
- QTEs (quick-time events) are now automated. No more need to break your controller and hands trying to roll the stick.
- CPUs disabled in "Free Race" for one-on-one multiplayer races and solo practice.
- Players can jump while running and can take fly ramps while running. This means Speed and Fly types can take their type shortcuts while in run.
- Your exhaust trail turns teal when your drift dash is fully charged.
- The timer is now displayed in the middle of the screen during multiplayer! (No longer is the top screen blinded!!)
- Japanese voice support added. Check the Updates section below for the AR Code to enable Japanese voices.
- and much more!

- Every gear has been changed to provide a unique gameplay style!
- Check out this spreadsheet to see the stats of every gear in the mod: Sonic Riders Competitive Datasheets
- Blue Star 2 can now be selected on every character (except Eggman)! This replica of the gear uses a retexture of Auto Slider made by Vortygon!
- Shadow now has the ability to use his "Default Gear", Black Shot, just like how Sonic has his Blue Star and Jet has his Type-J.
- Access, Grinder, and Destroyer can now be played on their own types! These monotype gears supercharge the user's existing type for faster shortcut speeds.
- Other gears (Air Broom, Magic Carpet, the Advantage series, and the Cover series) can also be used on every character (except Eggman). These gears, like others in DX, have new stats and abilities.

- Enhanced stage select to show which direction needs to be held on the D-Pad during loading to select new music rather than the music be randomized. (You can still hold the A button to play the track's original music!)
- Textures for stages reimaged as locations from other Sonic games.
- Improved character select screen for more information!
- Stunning 2D and 3D art for both characters and gears!
- and much more!


For installation, please follow the instructions in the "README" files that come with the patcher for the SRDX mod/that comes with the texture pack. 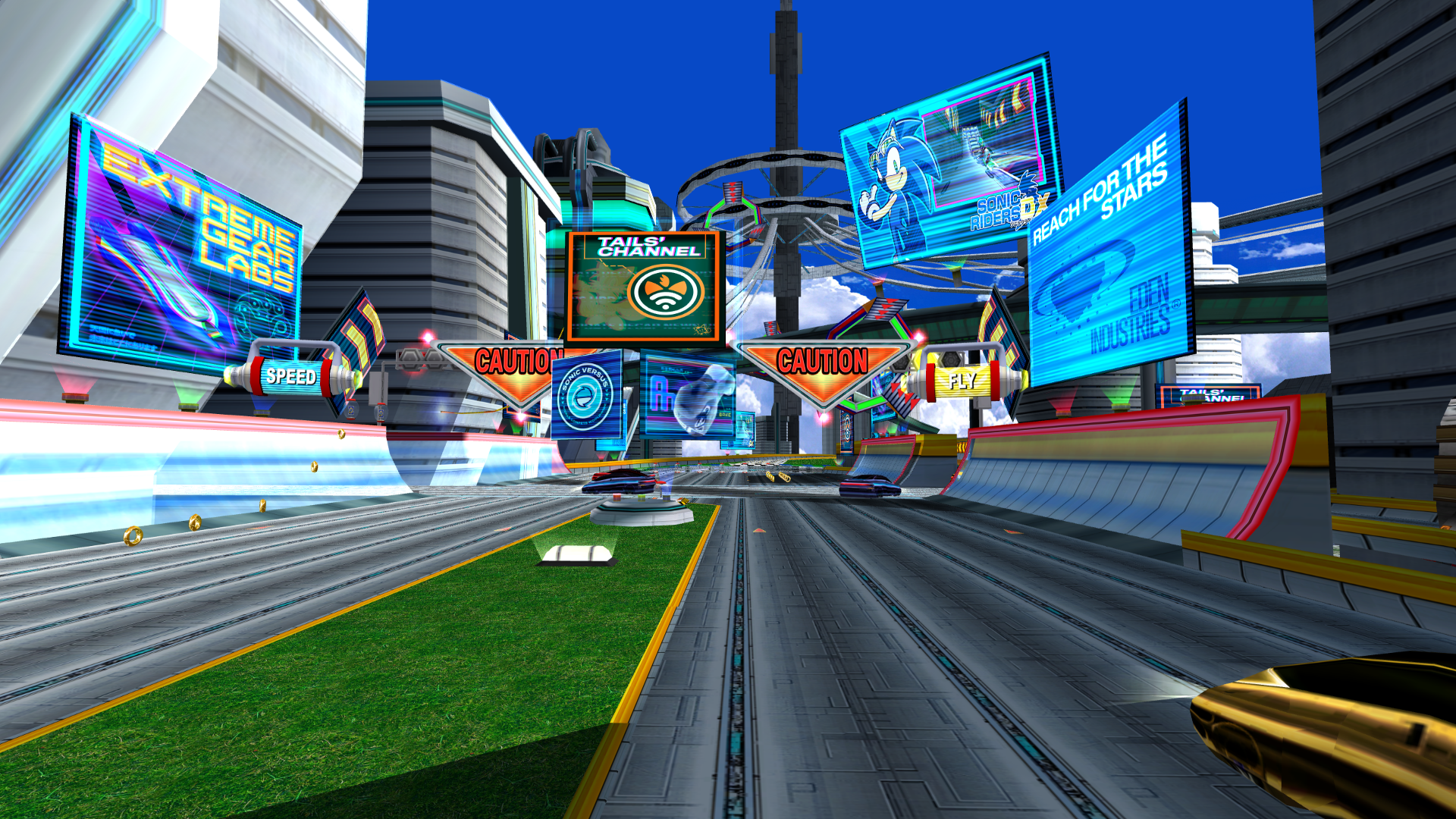 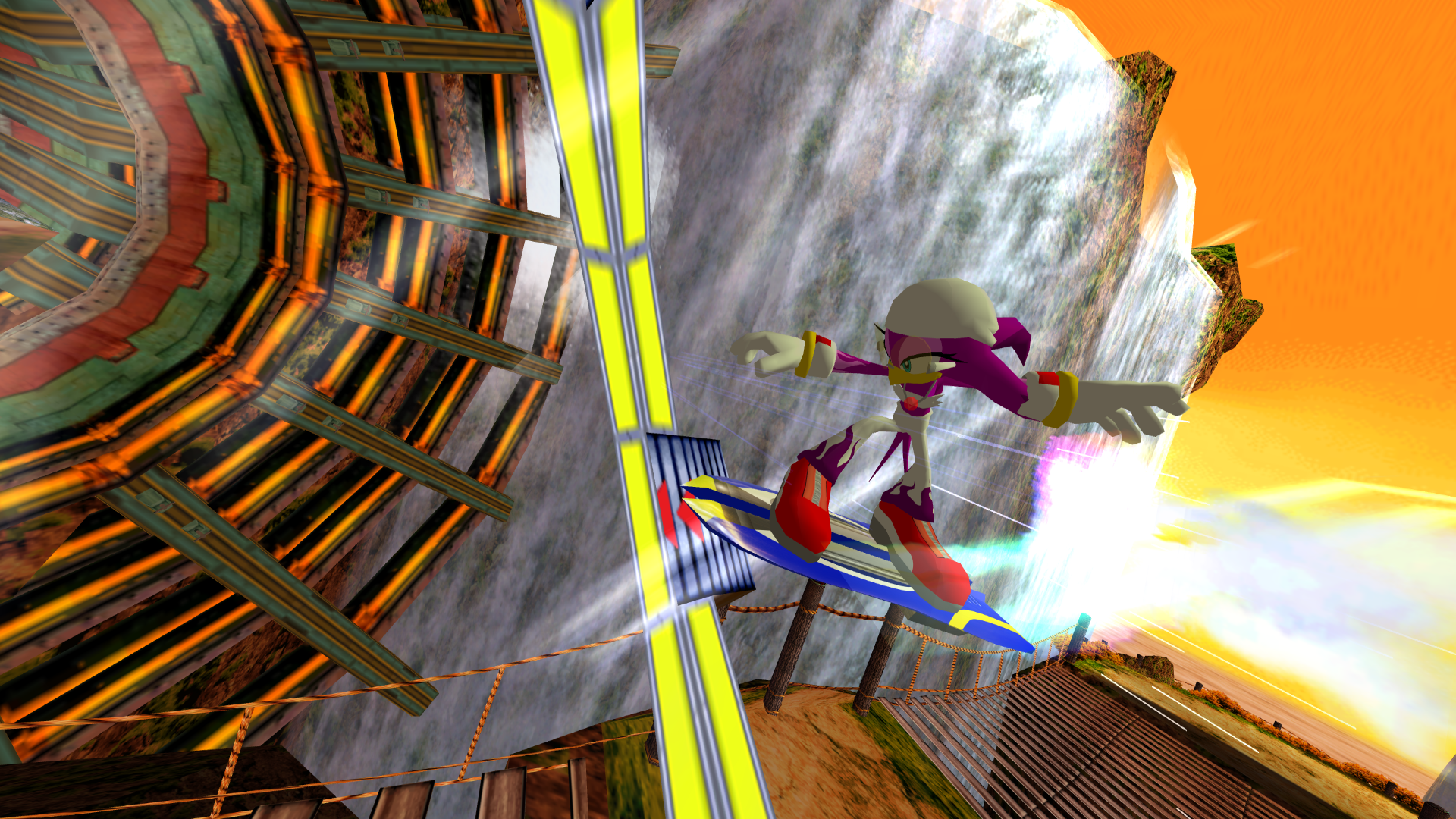 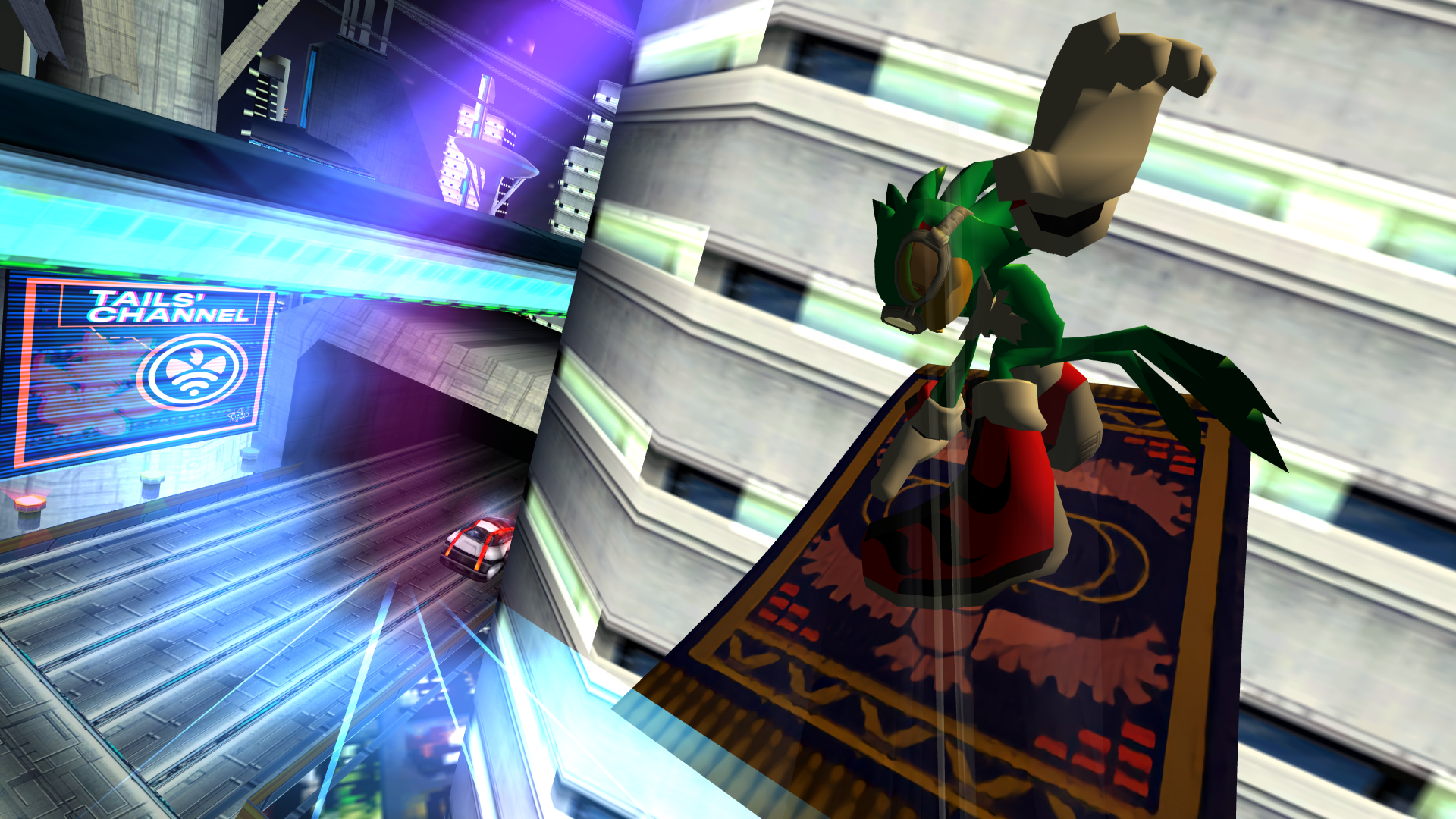 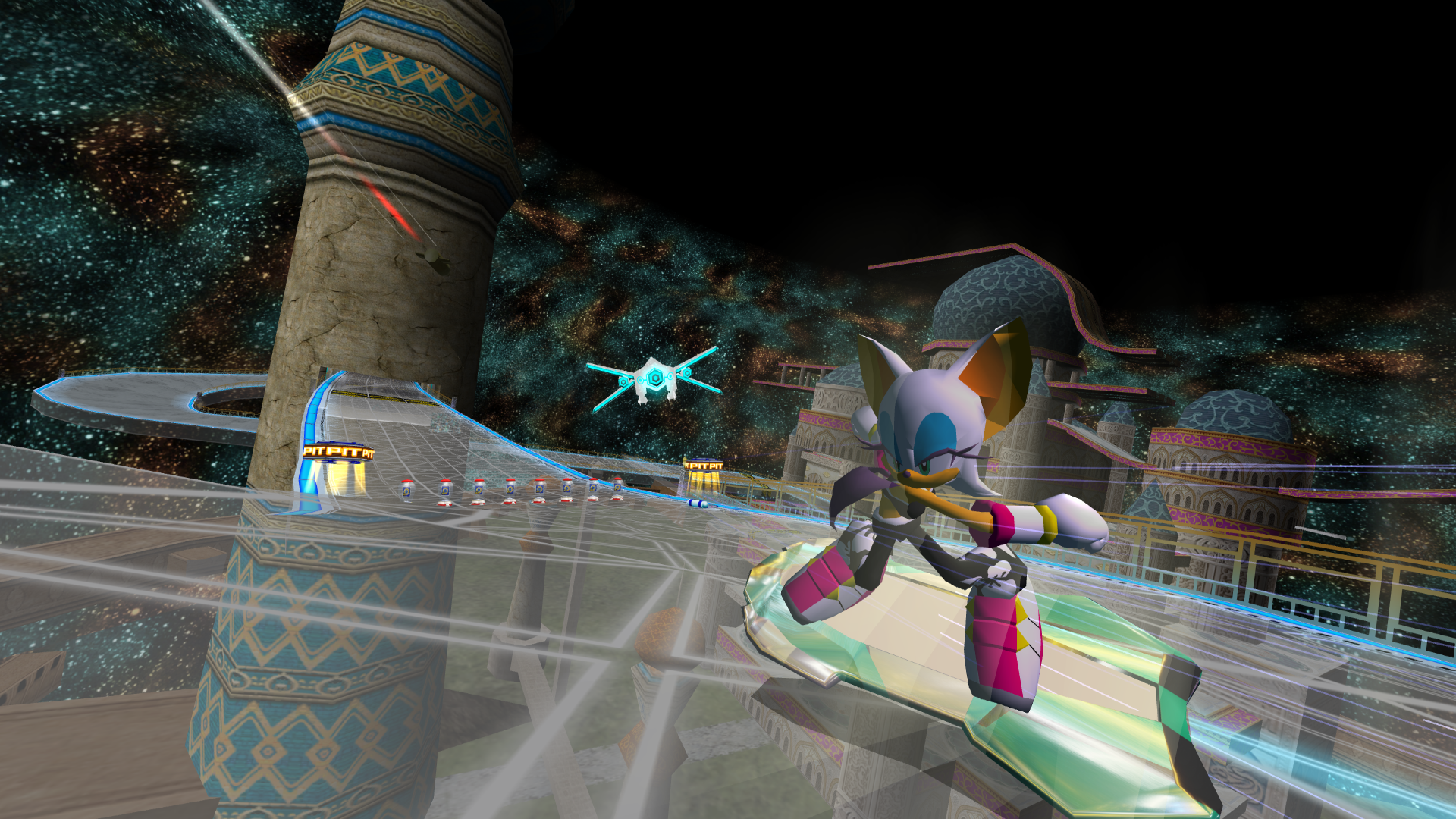 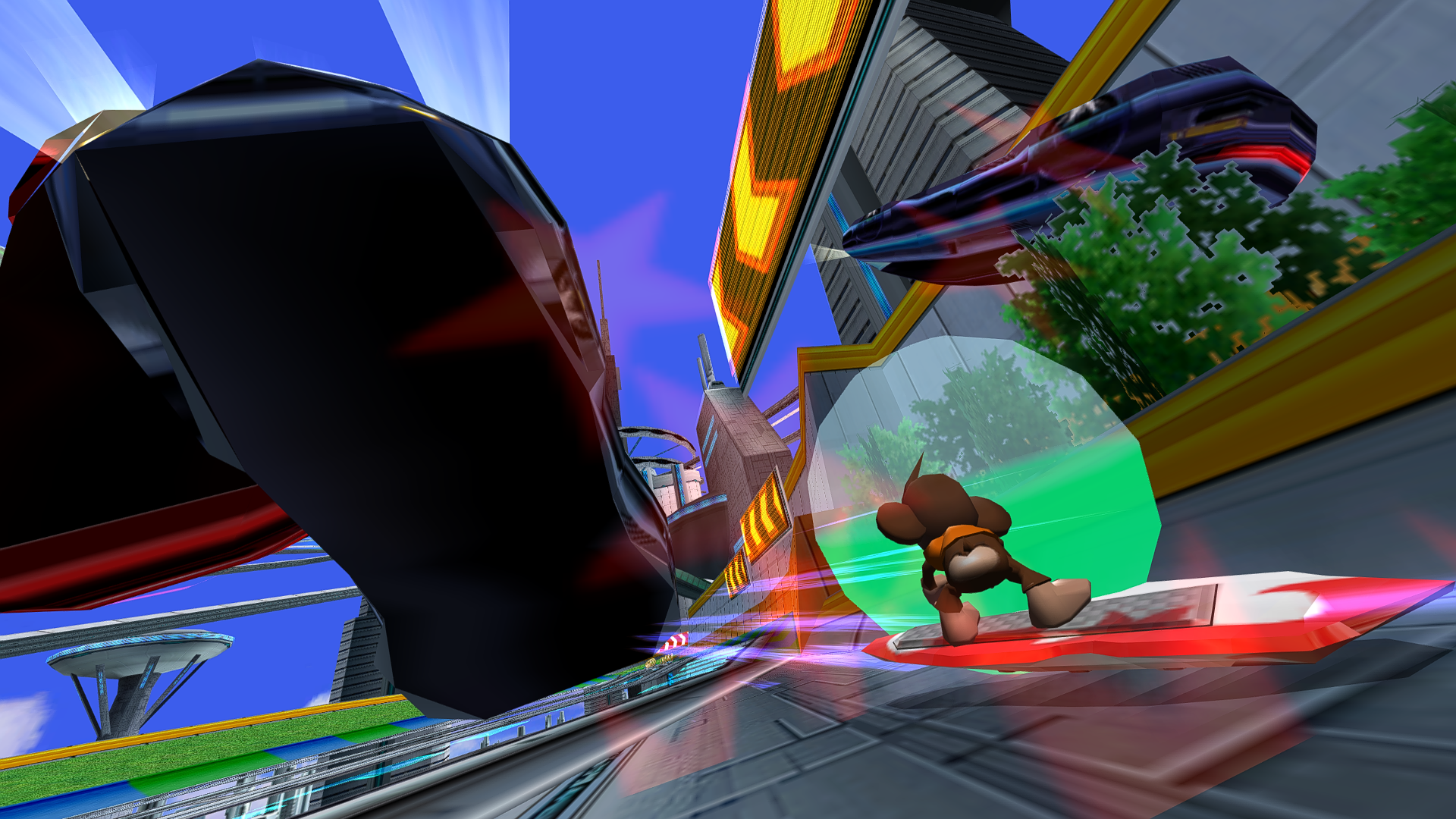 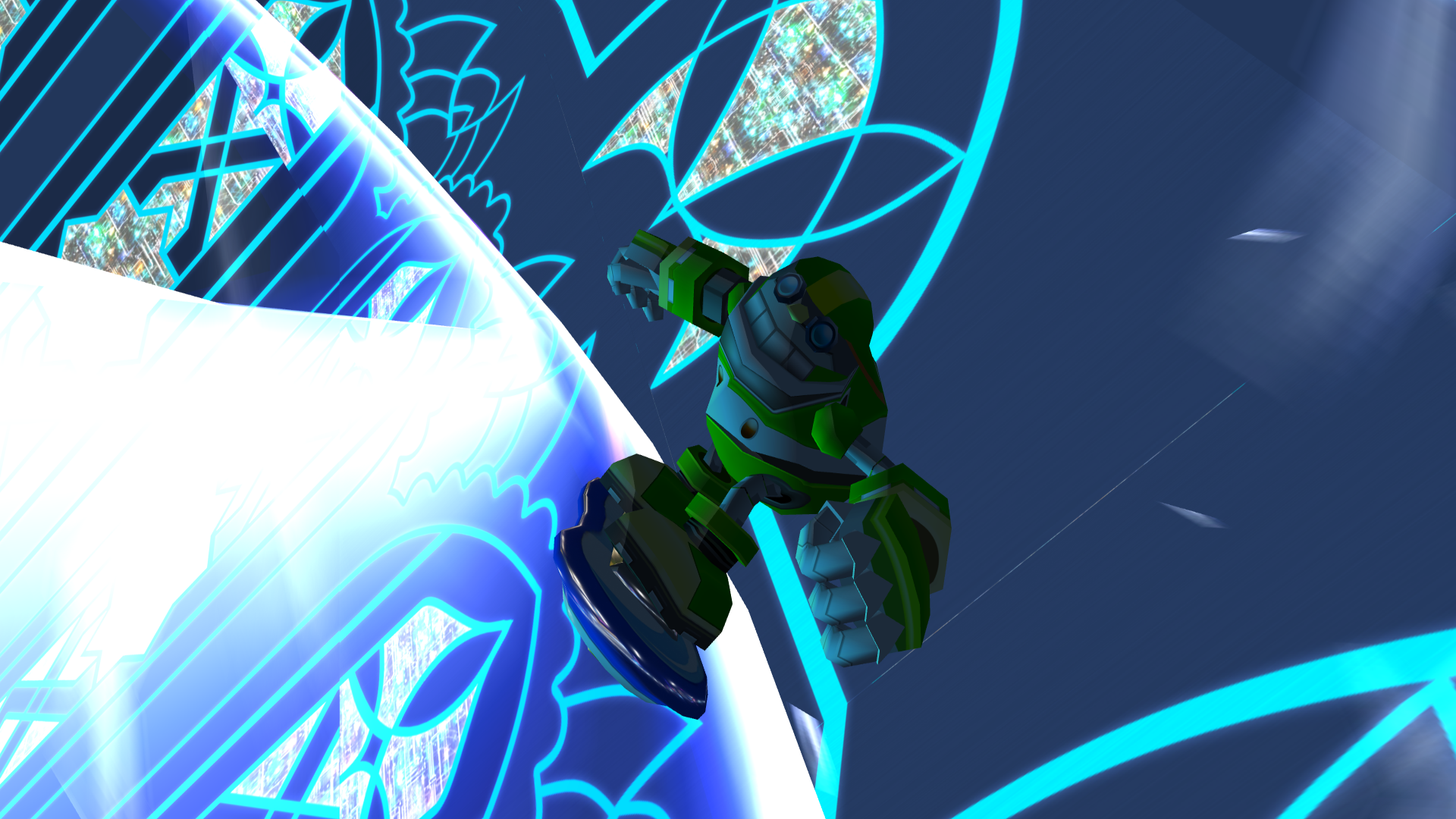 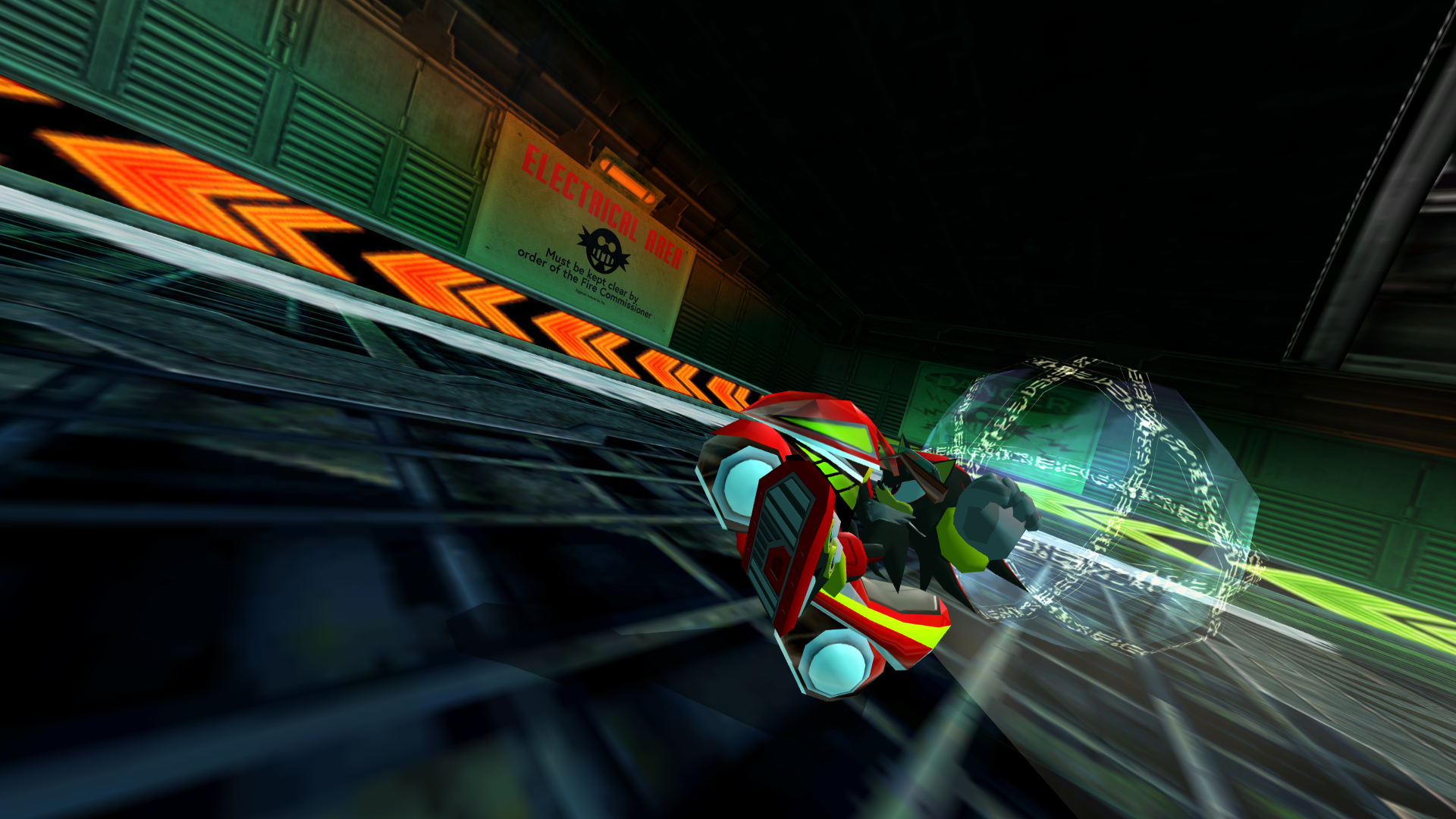 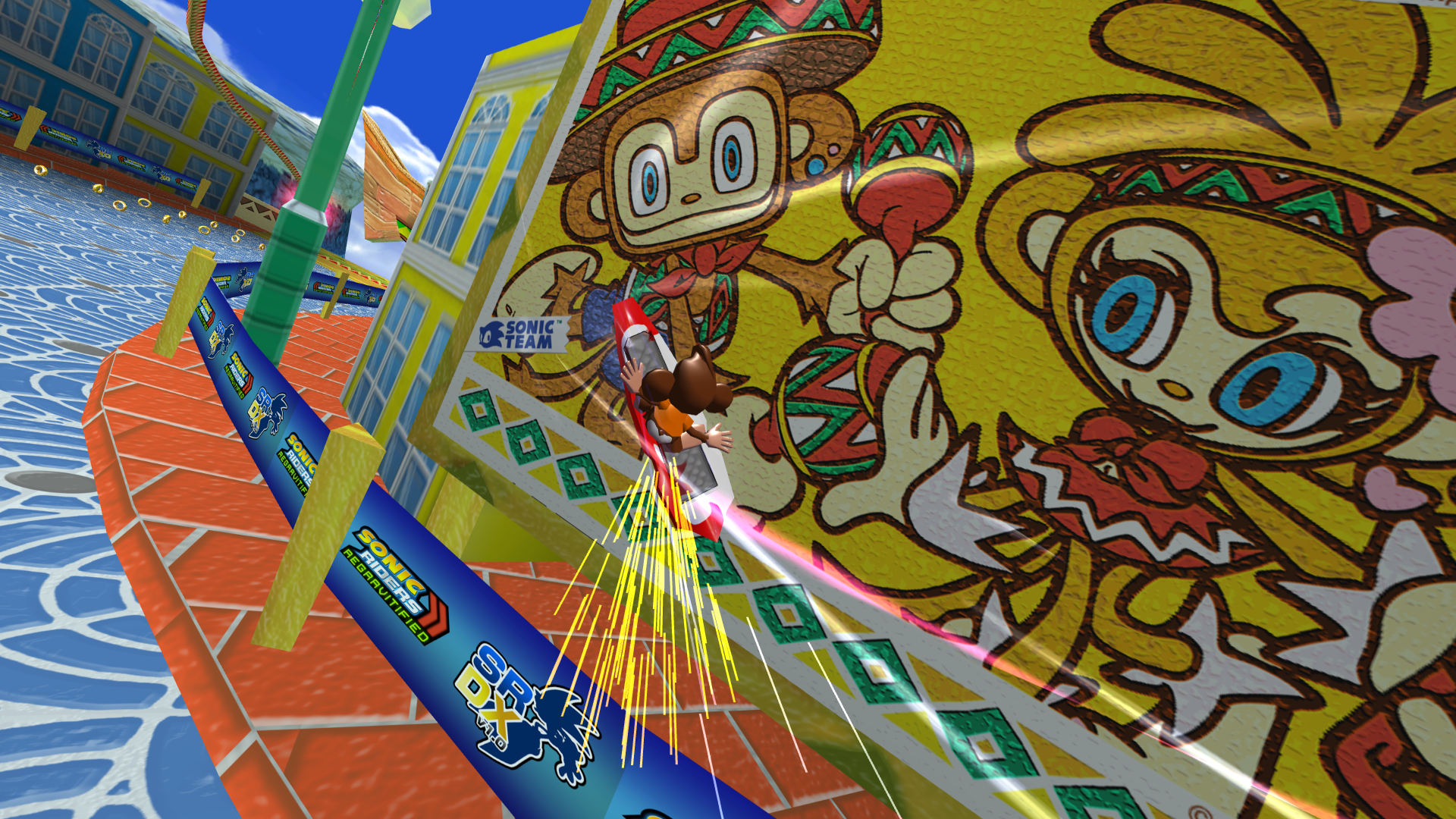 While we do not have any updates for Sonic Riders DX at the moment, there are a few AR/Gecko codes users can run that we would like to highlight as they fix bugs or are necessary to access added features. You can easily run these codes through Dolphin Emulator.

Credits for the mod can be found with the download for the mod in the file labeled, "SRDX v1.0.1 Credits".

Credits for the texture pack can be found file labeled, "READ ME".