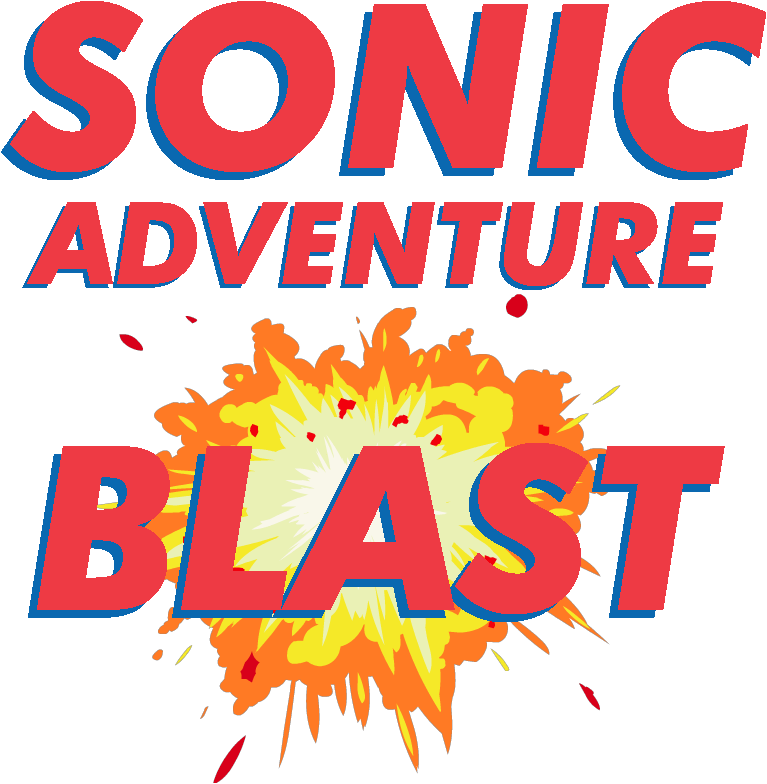 The engine is written from the ground up in C++, using OpenGL to render. The entire project is open source, and is hosted on github

There are 22 different levels (plus a boss fight), with a total of 60 different missions to collect A ranks. There are also hidden NPC's hidden throughout the levels to collect. You can unlock different skins to play as by finding these hidden NPC's and getting A ranks.

A large amount of levels are from Sonic Adventure and Sonic Adventure 2, but there are also plenty of levels from other games as well. Delfino Plaza and Noki Bay have been made into treasure hunting levels, where Knuckles searches for randomized emerald pieces. In Kingdom Valley, you play as Tails, who can use his fly ability to reach the many cliff ledges and structures in the level.

There are four different types of missions - Normal Mode, Ring Attack, Lost Chao, and Hard Mode. Ring Attack has you collect a certain amount of rings, which vary per level. In Lost Chao, you have to search for a chao hidden somewhere in the level. Hard Mode is for treasure hunting levels, and the pieces are not randomized, but you don't have a radar, so look closely! 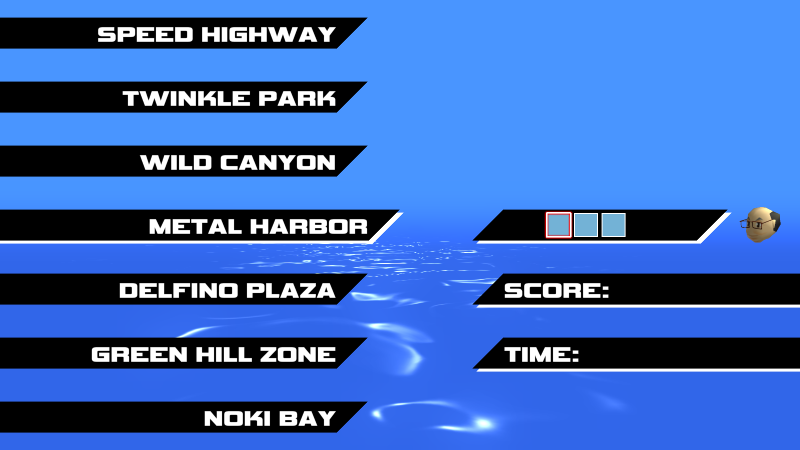 ​
There is also an Arcade mode, where you play through all of the levels in order, starting with only four extra lives. Once you finish the last level, you fight the Boss. If you game over, you must restart from the beginning, so be very careful! 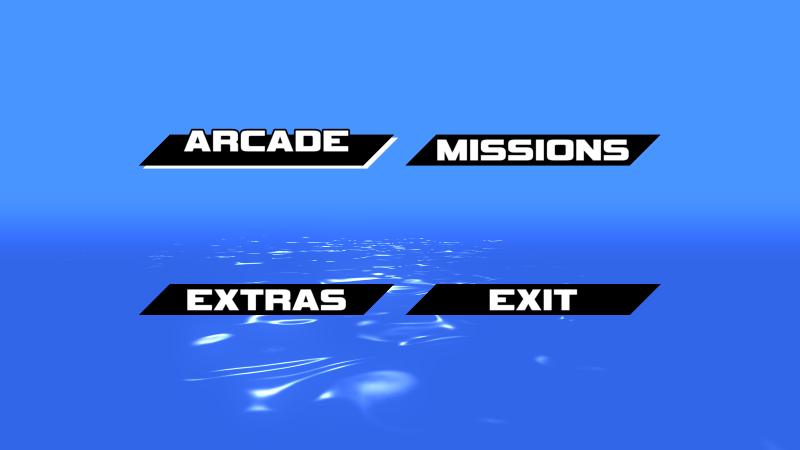 Level Showcase
A quick preview of some of the levels 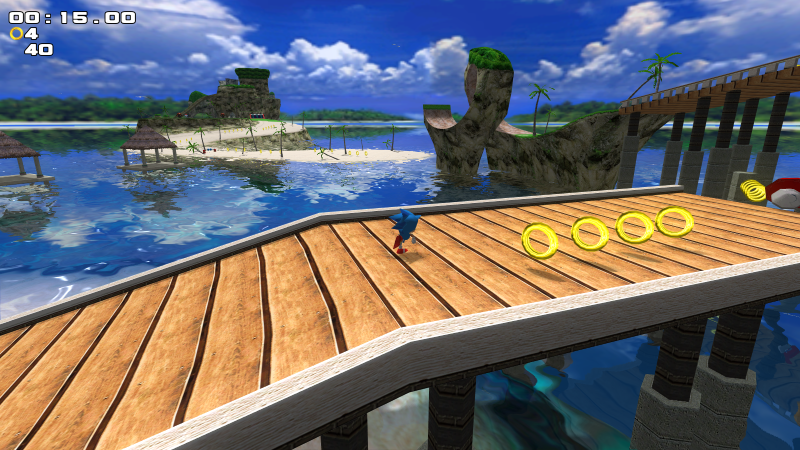 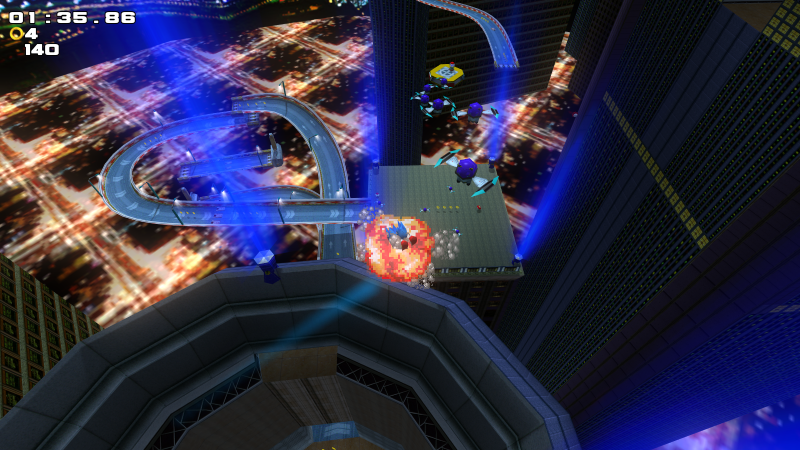 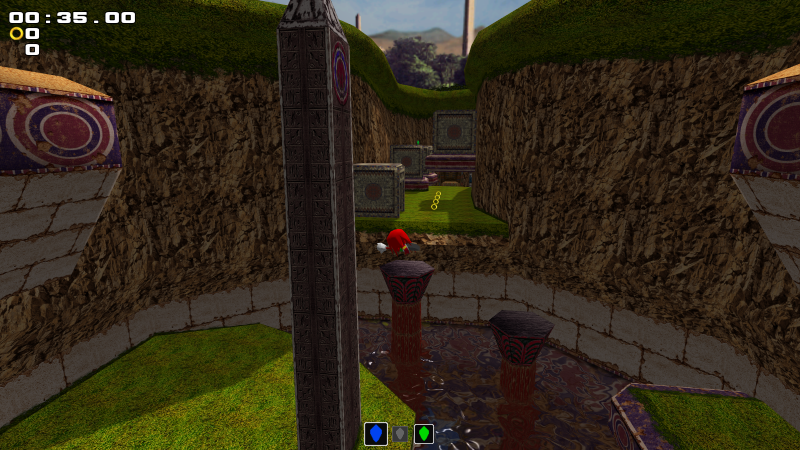 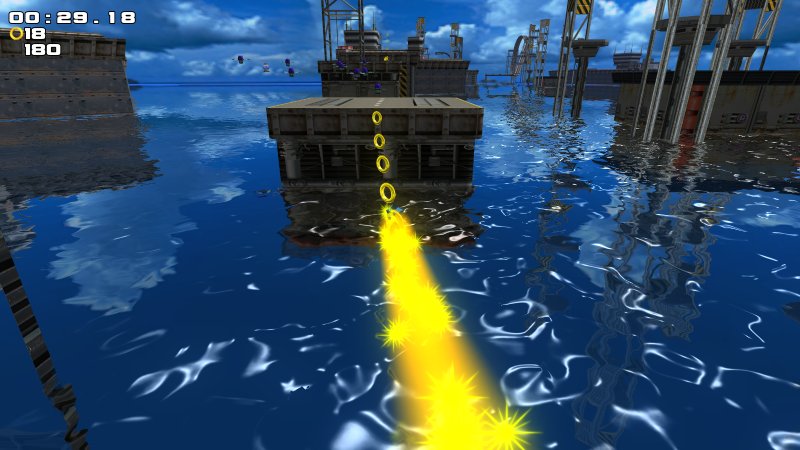 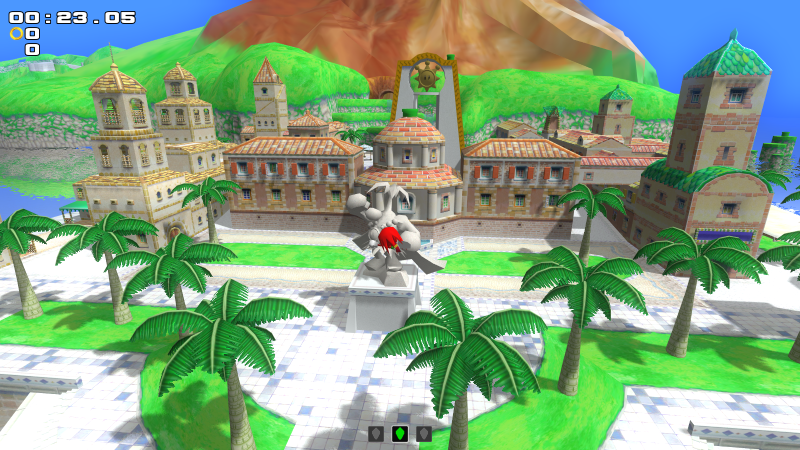 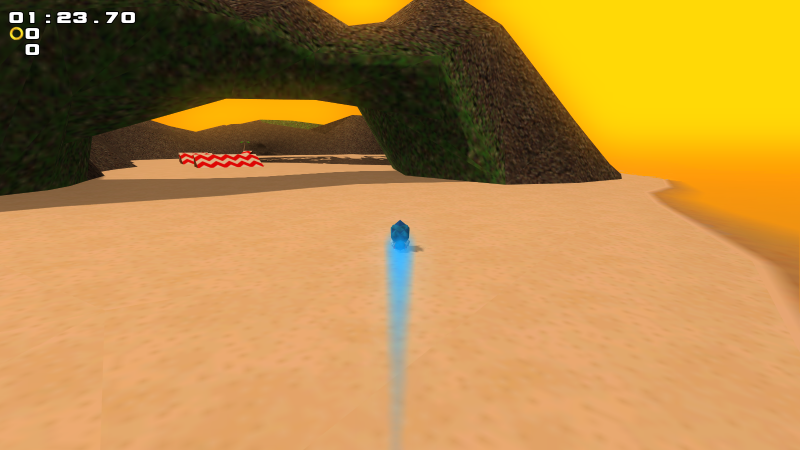 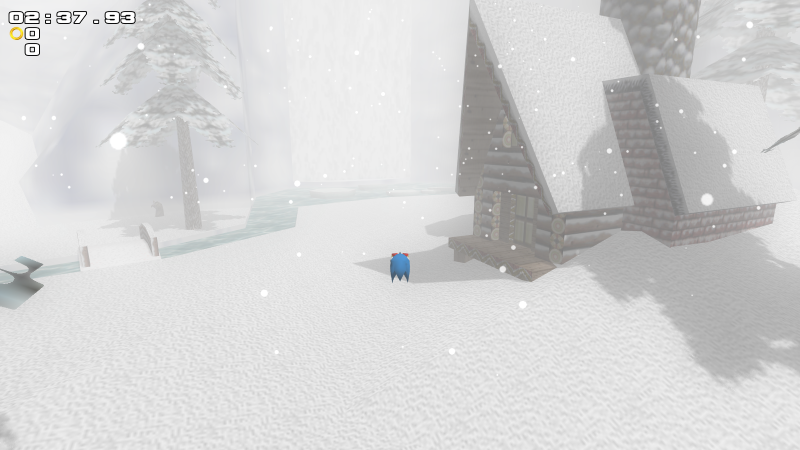 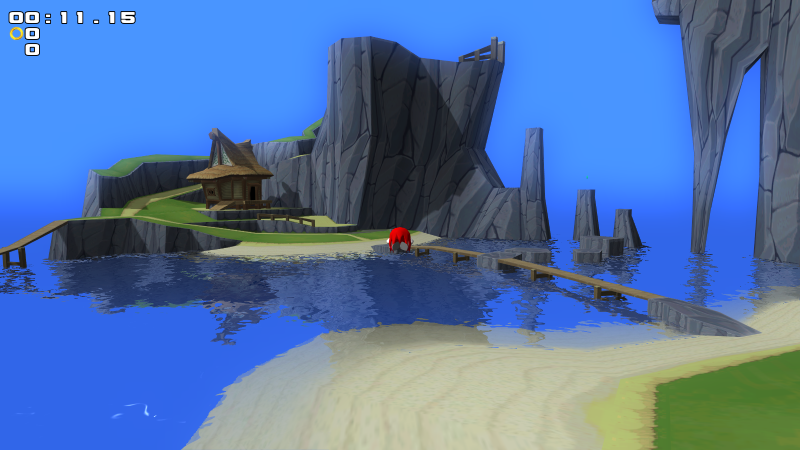 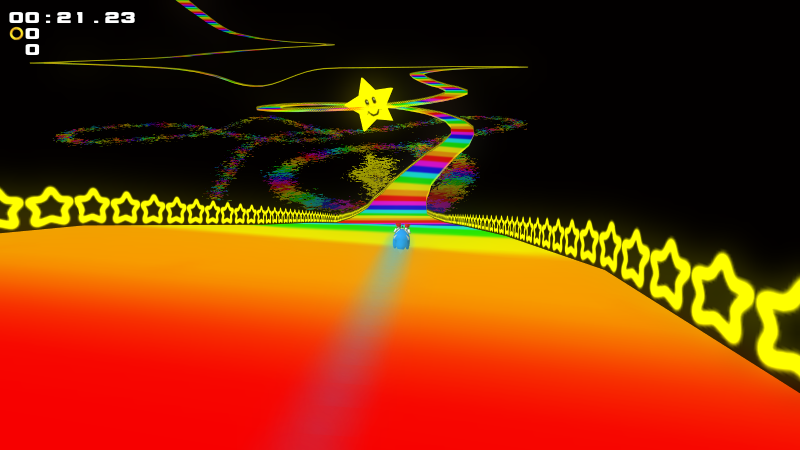 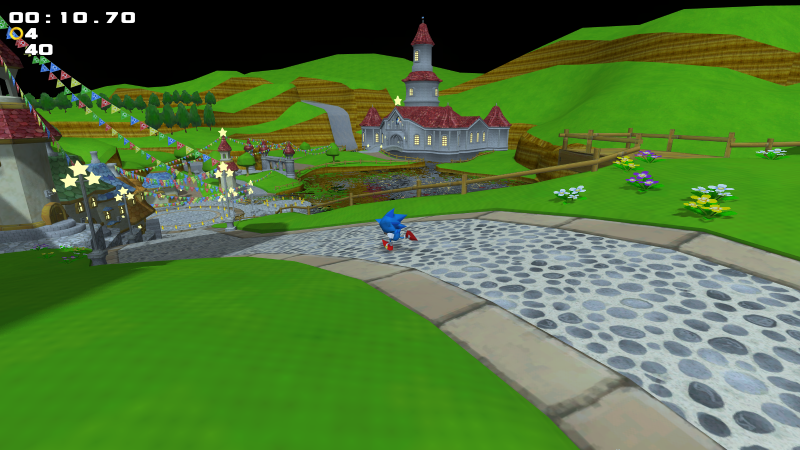 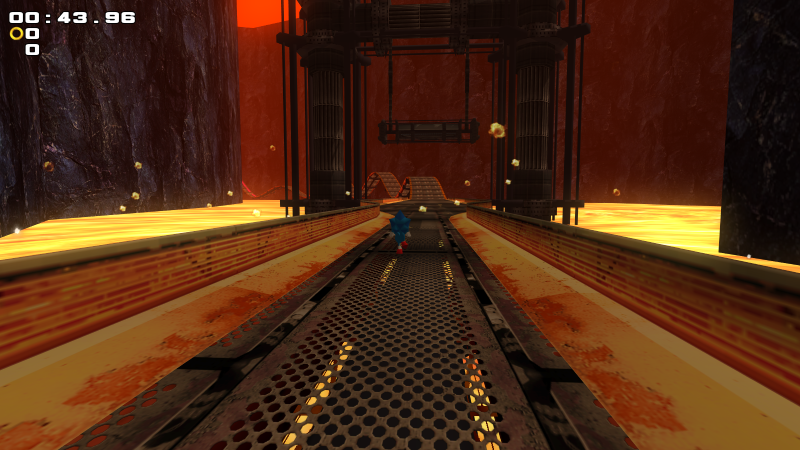 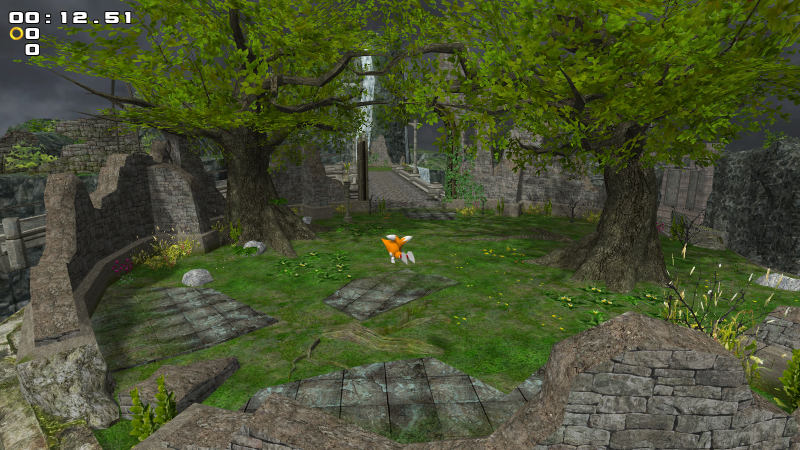 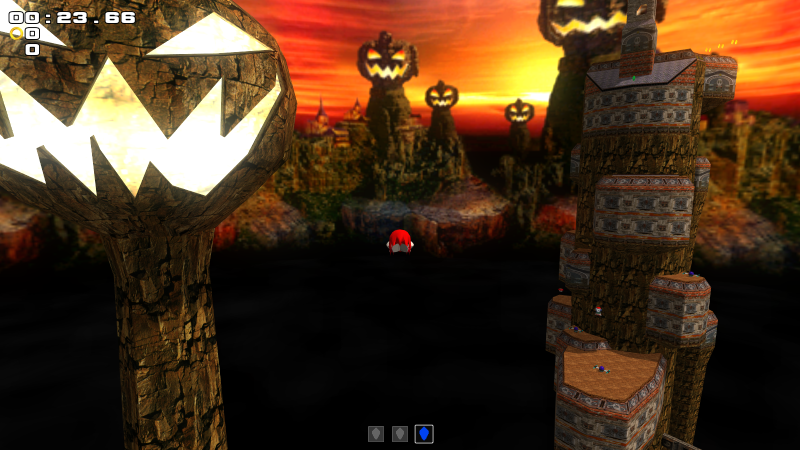 When I launch the game, it gives me the error "The program can't start because MSVCP140.dll is missing from your computer"
You will need to install Microsoft C++ Redistributable, which you can find the 32 bit version here

The game is running way too fast!
This is a common issue for 144 Hz monitors. This game is designed to run at 60 Hz, so you will need to put your monitor in 60 Hz mode.

The game is lagging! It's unplayable this slow...
There are a couple of graphics settings you can turn down to really improve performance. Open up to Settings/GraphicsSettings.ini, and turn down some of the high impact settings. Render_Bloom, HQ_Water, and Render_Shadows are all good ones to disable to see if they help the game not lag.

Physics are great, I suggest making the character models/hitboxes a bit larger and adding rail-grinding. Maybe add a story further down the line?
This was a great idea for a fan game and is executed fairly well. My only suggestions are to optimize the game more for lower end users, especially for the stages containing Knuckles and Sonic even. Also, I don't know if this was intentional but you can use Spindash in air and then charge onto ground, I suggest expanding upon the idea of the dropdash. Lastly, I know this game is fairly early so I understand some missing things like Knuckles's dig ability. Overall, this is great! Keep up the good work!
E
eMorph
I think the drop dash was intentional. Mostly because there's even a charge behavior.
Read more…

Status
Not open for further replies.

There are no comments to display.

Status
Not open for further replies.