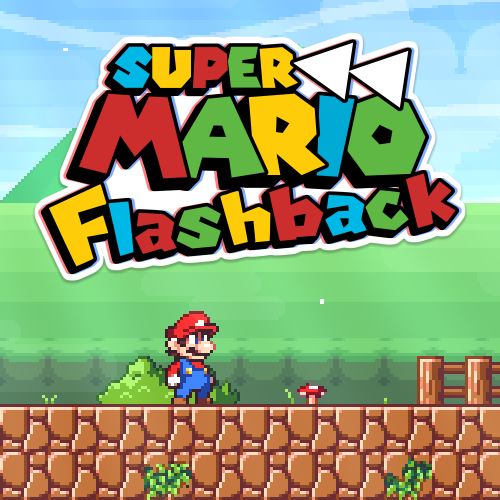 Super Mario Flashback is a Mario fangame that combines the mechanics of 2D and 3D Super Mario titles. This build of the game is an engine test and features a mostly complete version of the very first level of the game. The game may get updated during SAGE, the updates will be automatic so don't worry about that.

Please visit the game's official site for more information and the download links.

http://flashback.mors-games.com/
(The engine test will be uploaded at September 30th)​

It does not need words, the images talk for themselves. :)
: emoji_laughing:
Reactions: Steveno98
I played this from start to finish in like, an hour's sitting. I was so disappointed when I realized i'd done everything. Seriously, the idea behind re-using the stages with new gimmicks from 64 and Sunshine is worked perfectly into 2D, especially with them being based off of previous levels in the 2D Mario series. Plus, the controls. It's a big step up from NSMB, which was already a pretty tight 2D Mario moveset. The only tiny nitpick I could have is that the walljump detection could be a bit faster, for like, instant jumps from wall to wall. Just me being pedantic, though. Also the visuals were great. Felt like an official GBA era game.

Make sure to hide from Nintendo if you want this to stay up, this is no threat. Nintendo will literally make you take this down
Awesome Game Design
you should try super mario power star frenzy

but in 2021
You must log in or register to reply here.