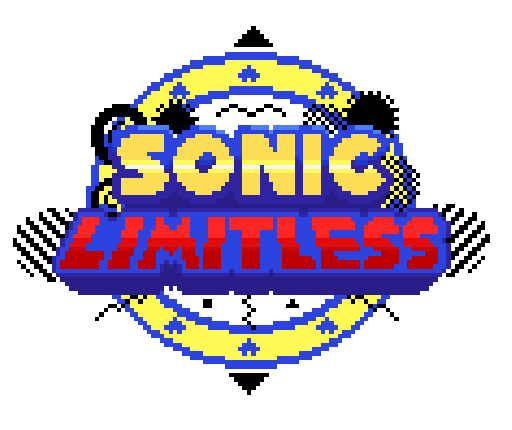 Sonic Limitless is a 2D modern fangame that aim's to recapture the gameplay found in Generations. With almost two years between concept and demo it has been a long time in the making.. I had a lot of fun making this and i hope you have fun playing it. Now, a little warning before you download. There are a lot of bugs and i hope to fix them and update the game throughout SAGE, so stay tuned for any updates i have planned for SAGE. The main focus of this demo was just to show off some gameplay and get a playable build of a game i have promised to people for so long. Sorry if this feels a little rushed i only had a couple days to submit the demo. If you have any questions feel free to contact me on discord (☆Rifty☆#8530).

I really do hope you enjoy this little tech demo and i hope to see you all next year...

Oh before i go. The base engine was given to me by Yonatankr. Not much has changed between the Tech Demo and the file he gave me. I Simply provided level design, but changes are being made. So before you give credit to me make sure to give credit to him... Overall, this is very good. The game runs at 60 fps without any slowdowns or framerate drops, the physics are very well recreated and the gameplay itself took everything good from both Rush and Modern games for a proper recreation of the 2D sections' gameplay from the Modern Sonic games.

But there are a few things that need to be fixed.
First, we need a target to appear on enemies when they're locked because we never know if we can use the homing attack or not and it ends up being confusing.
Also, the homing attack seem to lock enemies from a little too far, but that's probably just me.
Finally, sometimes we can't boost when Sonic is launched into the air. It feels kind of weird.

If there are things on which you could improve :
I don't think that the Generations HUD is the best one
Sonic Advance sprites are overused

Now I know that not everyone is a pixel artist, but if you can ask someone to make new sprites, it'd be a lot better because it'd give your fan game an actual identity.
Reactions: TheUnknownDragon111222
Read more…

+sniff+ this game is really good it ended with a lovely message that ive never ever seen before i love this, a sonic generations for people without the best pc's and laptops but i respect that why im giving it a great rate of: 30/10
which is a rate ive never gave before to any other game thank you for cooperating with the SAGE 2018 and this sage wouldnt have been any better without you and see you in the next sage
the full version will be in this year or in the next year????

Andrrey16 said:
the full version will be in this year or in the next year????

Maybe next year due to at the ending saying "See you next sage." and most sages take place next year or 2019
Definitely nails the feeling of Generations on the DS. I recently played through both Generations and Colors on the DS, so I got confused and at first thought this was Colors DS gameplay. Either way, it's really promising and I'd love to see even more levels. It might even be interesting to take this engine and add different characters to it.