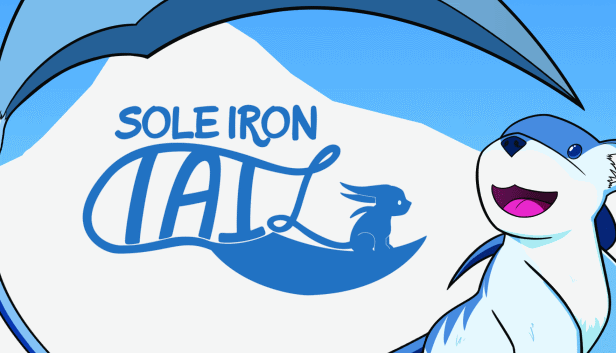 Sole Iron Tail is a momentum-based platformer, based around sliding and charging with your tail as fast as your can!

Planned Features:
Story:
A sole, single Iron Tail has been tracked down within the Snowy Tundra! With the persistent, plundering Pumpkin Co. on their tail, the Iron Tail is losing hope in finding their family. A glimmer of hope appears when some mysterious Stranger creates a path of Golden Scarves, a path that spans snowy slopes, icy icebergs, assaulting airships, and possibly leads to family! But watch out! Your being tracked by something bigger than just Pumpkin Co.. As the Iron Tail, is your special tail slide-ey enough, charg-ey enough, and Iron-ey enough, to reach the last Golden Scarf? Are there any more Iron Tail's out there?

About the project/developer:
Initially designed with a focus on using the tail to block in all directions, but slowly turning into a sonic-like experience, Sole Iron Tail has been in development for nearly 3 years. As the developer of the project, i've had help from friends and family members, but mainly doing it solo (with music commissions from the greats, H-Mister and +Tek!) while also working at a full-time job. I appreicate you taking the time to check out the game. Please feel free to give critique and stay notified through one of the games many social media channels!

This game put a big stupid smile on my face. Combining a "burst" attack with line-rider-esque sliding mechanics adds a lot of depth, and the character designs are expressive and fun. The soundtrack slaps, too. The 8-bit sounds really mesh with the arctic atmosphere.
You must log in or register to reply here.