Wow, it's been a long time but DragonBlossom has returned back home from when it first started in SFGHQ back several years ago as a Freedom Planet 'clone'. After years of development, I had essentially flipped the tables inside and out to make this game work out as its own identity. While yes, there are traces of Freedom Planet involved, it's mostly in the artstyle in general because outside of that, it is very different than remembered.

(Past to Future; last one is WIP by the way.)

The zones are getting steady revamps and hopefully, there will be more progress once Teal comes out on the programming side of things as I work on the graphics and other things. As for a demo, the goal is to try to get one out this year even if there are no plans for SAGE. (Maybe next year if there is one.)

We're a bit behind on music but I'm sure that would adjust soon enough.

In times long past, one of the Elemental Guardians sealed away a great Darkness, the embodiment of fear and creator of the Shadows, inside of an everblooming tree, locked by a sacred blossom: the Dragon Blossom. This allowed the mortals of the world to live in relative peace and prosperity for centuries to come. However, the Darkness has somehow been released from its seal, terrorizing the Four Kingdoms with its monsters and drowning the world in fear and chaos.

Ayasuka, a mischievous young monkey with a thirst for adventure, must now venture out to find the cause of the Darkness's release, and seal it away with the aid of her companions, so that their world may be freed of the cursed beasts brought forth.
F.A.Q

Q: What is DragonBlossom?
Basically on basis of Freedom Planet but with a twist. The gameplay styles are akin to series such as the Donkey Kong Country series (Ayasuka), Klonoa (Seichi) and Metroid/Castlevania (Mao). References of series such as Mario, Persona, Chrono Trigger and other hidden gems are within, try being a celebration of both new and old games.

Q: What engine is planned to be used?
Teal as provided by Tpot and crew (once it is released to the public.) Originally, we started off in Unity but downsized it to Gamemaker over the time of overhaul. However, until Teal comes, we will be using MAX as a temporarily basis.

Q: How many zones are involved?
Around 15 but it may change.

Q: Will there be a Kickstarter or crowd funding scenario involved?
Yes, there are plans for it in the future. Mostly once a solid demo is out.

Q: What are the differences between this game and Freedom Planet?
There's an active RPG/shop system that long has been planned. One such piece of this system called the Elementals which is provided with a character's Innate.

There will be leveling up and other experiences involved that will make changes to gameplay in due time and another thing, you won't be crystal-collecting or running into powerups, nope, you will have to explore on your own pace. There will be subtle indicators in the levels that will hint you to the right direction. Each level will have chests scattered out that will have items in them either Orbs or other things.

The Orbs in the chests, you can choose to hold, use right away to temporarily level up one or either your Elementals (Innate or Secondary) in an active level or save for upgrades and other means, however the only side that will be open is your Innate. Secondaries will come in later but it's worth the wait.

There will be status boosts and debuffs system involved as par core for RPGs. Oh and a possible partner system much akin to the DKC games (should there be more than one player; max is 2) on some levels.

The storyline will play more of a role with DragonBlossom and will touch on some dark and serious subjects despite of it's colorful themes. As a person that values storytelling, I want to make sure it will leave an impact, but if you aren't interested in that, there will be the usual Classic Mode. Another thing, if there is any instance of voiceacting with the characters (if possible in the future), it will be kept to a minimal of one liners and other sounds (much like how the Shantae games do it). Again, if that's not your cup of tea, there will be a disable voice option.

While Freedom Planet handles with China and now the Philippines in it's sequel, DragonBlossom will be focusing on mostly traditional Asianic astrology, folklore and mythology with some twists. There will also be some slight modern themes later down the road.

Speaking of, the Kingdoms in themselves had been renamed.

PicsAndPixels (Pixy) - Advice
The Wonderful and Great Lange - Advice
Tpot (True Power of Teamwork) - For usage for the Sonic MAX engine and soon enough Teal
Strife (SpacemanStrife) - Advice
Okamikurainya - Sonic MAX+ engineer; programming
..and everyone else who supports this. I clearly can't thank you guys enough! =)
I urge you that updates will come when they can. Please be patient and thank you!
Last edited: Jun 1, 2018
Reactions: Tpot, Great Lange, DarkVampireDee and 2 others

Yay I'm credit here!
I am glad and honored to be working with you
I will do EVERYTHING in my powers to assist you
Reactions: Arkenova
T

i guess im not in the team anymore

Tails Soup said:
i guess im not in the team anymore
Click to expand...

You did help out and honestly, that's still something.

Heeey, it's nice to see this is still alive.

This looks great, can't wait to test it out!

Any plans for SAGE, perhaps?

P3DR0 said:
Heeey, it's nice to see this is still alive.

This looks great, can't wait to test it out!

I wanted it to be apart of SAGE but we're lacking a programmer and I'm waiting on Teal to be released.

Excuse the bump but I have several things to say:

It was with much interest that I read your September 20th unpaid job posting on the Game Maker Community Forums for a Lead Programmer. Your description of the work responsibilities incumbent upon the programmer you are looking for closely match my experience, and so I am excited to submit my resume to you for your consideration.

In my indie programming career so far, I have been bequeathed a year's worth of high school programming credits, and am well on the way towards my Associates Computer Science Degree. I also have implemented various engines before, along with coding a small business website, which is currently still in the developing stages. I have 3 years of experience in GML, 2 years in C, C++, C#, Python, Java, JavaScript, Json, 1 year of experience in HTML/CSS and Ruby.

If I can provide you with any further information on my background and qualifications, please let me know.

I look forward to hearing from you.

Thank you for your consideration.

Here's some progress to show off here 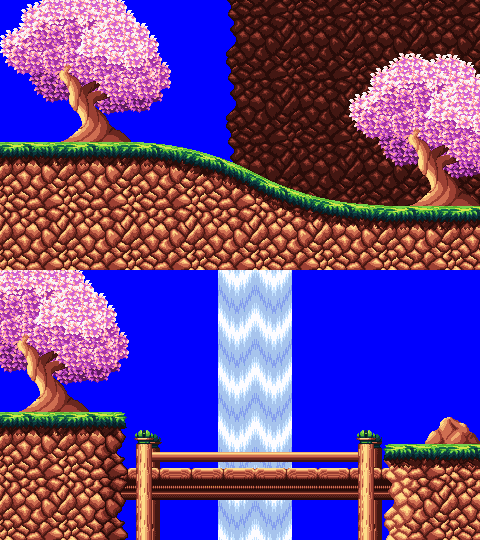 Everything getting fix up by yours truly. 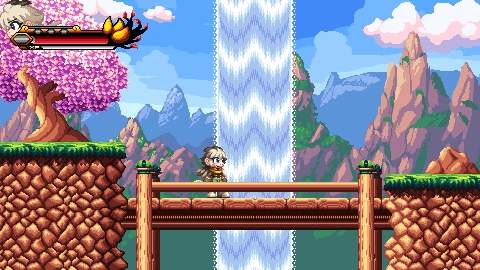 Another peak guys, still everything in Work In Progress

Btw im not mentioned there but i am kind of a part of the team xD;;

There is progress but it's mostly behind the scenes but we are looking for an animator to polish up the character sprites and make them fluent (much like Sonic Mania.)

If interested, please PM me as soon as possible and by the way, here is a brief preview of some gameplay in action. I apologize for the quality of the video but we will be making progress towards hitting it off for SAGE 2018.

A big update on my side, 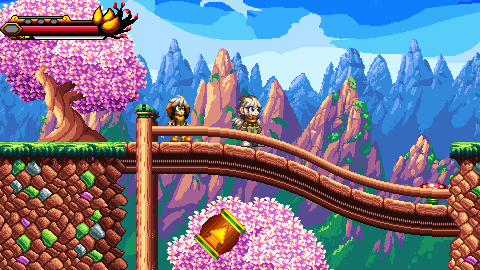 All the tiles are redrawn cause as always I can never be satisfied as a artist. Cheers

Announcement from the Dev:
This game/project is NOT dead. In fact, it is getting revamped, adjusted and polished as the days push on so it'll be a nice and pleasant surprise to those who are waiting for the next update to DragonBlossom. We had let in 3 new members into the group (Flora-Tea, Mike Darklighter and MrLevRocks) while Ay Jay had to leave the group due to personal reasons. We are still looking for some people to assist in terms of animations and assets.

As for the fate of Mao, she will not be in the game. However, we still have Ayasuka and Seichi around as we have some newcomers in the general makeup of the game and you will be seeing them in action soon enough.

All I can say is to hang tight: we're working along steadily towards the goal. <3
Last edited: Jun 1, 2018
You must log in or register to reply here.
Share:
Reddit Pinterest Tumblr WhatsApp Email Link
Top Bottom