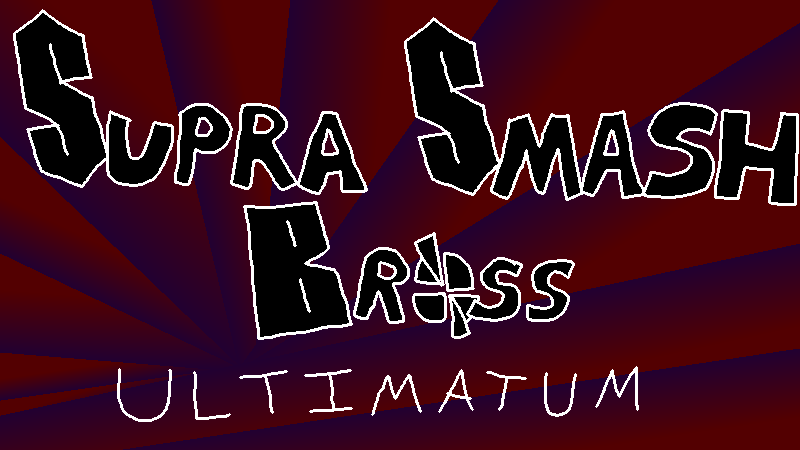 SUPRA SMASH BROSS ULTIMATUM is a parody/joke game that is intentionally designed to look bad. Despite that, over a year of love, care, and devotion has been put into making this game as enjoyable as possible.

This build for SAGE is a public beta, version 0.9. This build will be used to gauge feedback from players for balancing adjustments and bug fixes for version 1.0, releasing in November. 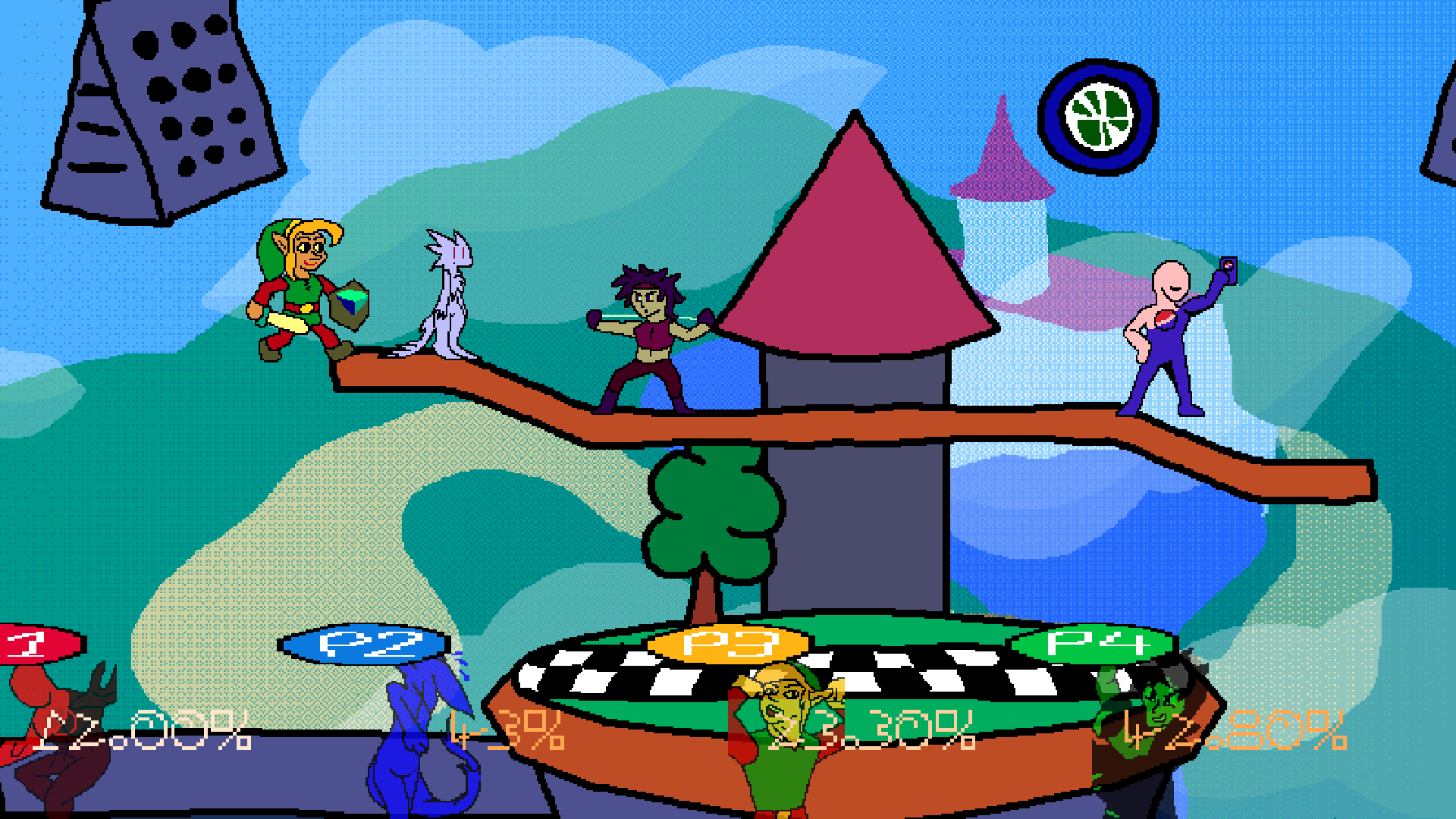 Features
-Over 30 playable characters!
-Up to 4 players can play in a VS match!
-Many unlockables and trophies to obtain!
-Controller support! 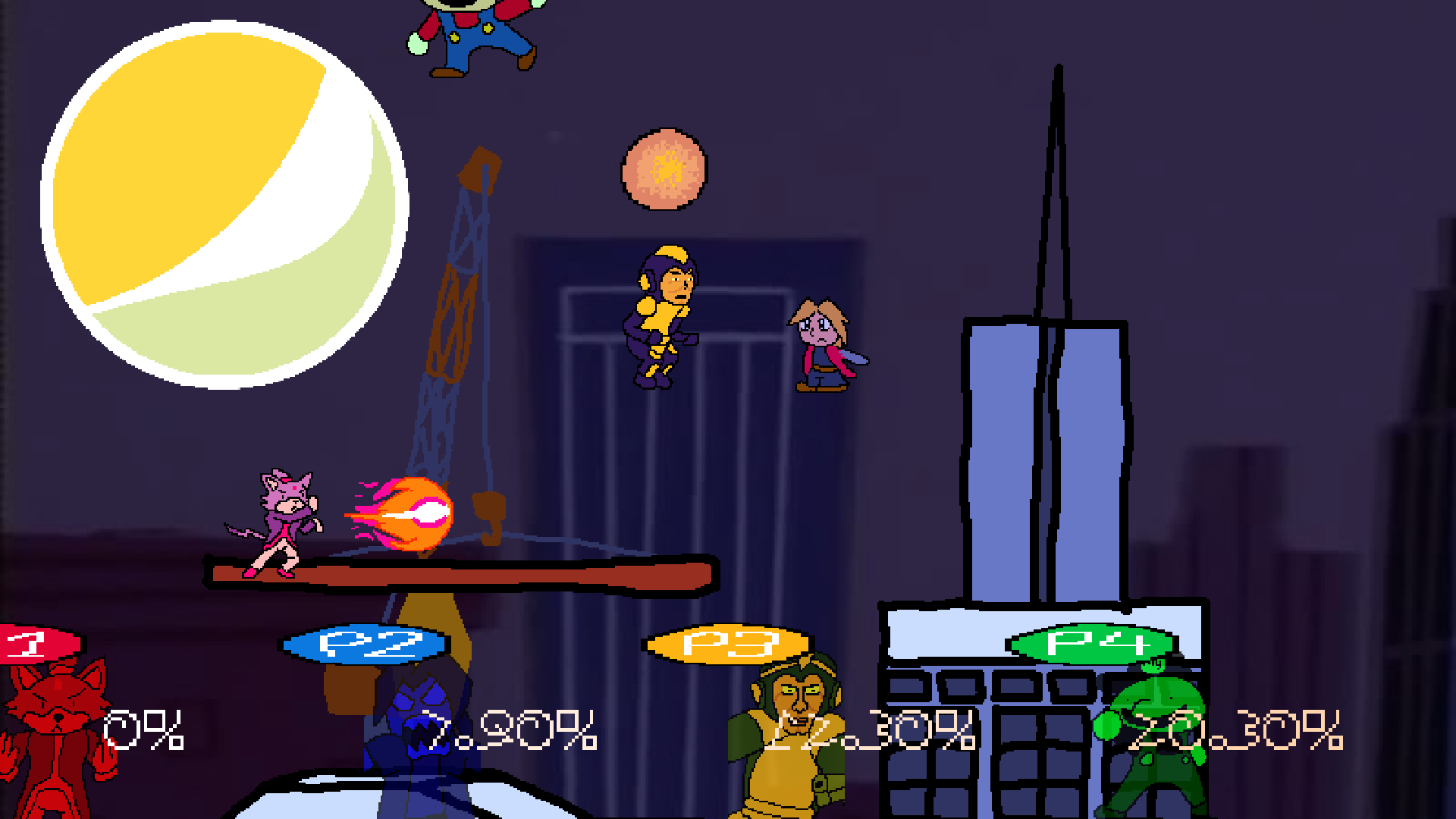 -If your coins are negative, they will be reset to 0.
-Playing All-Star after unlocking Blaze no longer softlocks the game.
-Koradai now actually does not appear in All-Star, preventing a crash.

-All characters now have announcer calls.
-All songs now have proper credits.
-Blaze and Namah's positions on the Character Select Screen have switched.
-Holding down the buttons in the lottery allows you to cycle through your coins much faster.
-Reimu, Gordon, Ness, Manga Man, and Shyouzen have been given a special final boss in Classic Mode.
-Music in Classic Mode is more random now.
-Luke is now fought on Satorl Marsh.
-Manga Man is now fought on Midgear.
-Edward is now fought on The World of Drawcia.
-Labo is now fought on The Cheetahmen Level.
-Five new trophies.
-Six new hidden fighters.
-Added the following music-
Silent Howling - Bloodstained: Curse of the Moon
Awaken - Jojo's Bizarre Adventure
Sonic Heroes Main Theme - Sonic Heroes
Nuclear Mission Jam - Half-Life
-Added victory animations for the following characters-
Shulk
Mr. Game and Watch
-Three new Classic/All-Star Awards-
Continued x (# of continues): -1000 per continue - Use a Continue. (Classic Mode Only)
Speed Demon: 10000 - Clear the game within 12 minutes. (Classic Mode Only)
Imperishable: 10000 - Clear the game using no Heart Containers. (All-Star Only)

.Ness no longer uses the wrong victory theme.
.Ness' AI no longer occasionally freezes after using PK Flash.
.Achieving a high score in Multi Man or Cruel Man with Mr. Game and Watch no longer crashes the game for every subsequent Multi Man play afterwards.
.Koradai is no longer a stage that can appear in Classic or All-Star to prevent a crash relating to the camera.
.Gordon Freeman's satchel charge now is deleted when Gordon loses all his stocks.
.Target Test no longer crashes the game if all stocks are lost.
.The camera is now properly fixed when the game is paused and on the results screen.
.The coin counter is reset to 0 after Classic Mode, preventing one from entering the lottery with 10000+ coins and then going into the negatives.
.The timer in Classic and All-Star now functions properly.

-September 5th, 2020, 5:23 PM-
Released a new update, 0.8.9.5:
-All Star implemented
-Trophies have been fully drawn, but most are still missing descriptions.
-Added most victory animations, the rest still need to be drawn!
Note: This build has a bug that shows some debug information after completing All-Star. This will be fixed tomorrow.

-September 4th, 2020, 11:35 PM-
Released a hotfix for the current release that fixes:
Classic Mode immediately ending
The current unlockables not unlocking after their battle is completed
the ability to spend negative coins in the gacha game
the ability to spend more coins than you own in the gacha game
The game crashing if you play more than 5 matches
All trophy descriptions being incorrect (this led to things such as Ralsei being listed as "Quagmire Toilet")

Quick Note: This first release is still full of bugs! We are working on gradually fixing them. Check back periodically for any fixes, please! If you want to be notified further for bug fixes, please join the Supra Smash Bross Discord Server, which can be accessed through the game itself. Thank you!

*Most trophies are in the game already, but a majority of them have placeholder descriptions.
**For this version, because not all challenges are ready, all stages and songs are unlocked from the start, as well as any characters that are intended to be unlocked but do not yet have a challenge ready.​

Credits to the following people for assisting me with this project:

Thank you all for your help and support!

Special Thanks to the following: