Overview Reviews (34) Discussion (106)
Oh my lord- the devs of this project has done something that Sonic Team has not been able to do for decades: they translated 2D gameplay into 3D gameplay! From the start, I just absolutely love the 90s kind of instruction manual in the game controls, its a great way to get a concept of the game without having to go through a tutorial stage(i mean yeah green hill is kind of like a tutorial stage, but the game doesnt really help you through it). The engine is amazing, when you need to do precision platforming, slow down a bit and you get a lot more control. AND OH BOY the rush of speed you get when you sucessfully roll down a slope is so amazing it reminds of the classics, but it feels more fluid. I feel like there are some thing that need to be tweaked, while the homing attack is really fun to use, its also a tad bit weird for Sonic to kind of thrust upwards to a Buzz Bomber while standing still in range, idk could be me, but I feel like it could use something more, maybe an animation or an effect idrk. I haven't even gotten to the visuals, but I love the SFX used for Sonic's Figure 8 Peel Out, it actually sounds like he's about to take off like a rocket and it's so COOL! The enemies are also so lively, and you do have to actually avoid some of the shots, I got hit like 2 times so yeah the enemies are somewhat of a threat, but I like the animations they do before shooting, as well the SFX; makes them so much more livelier. Overall, this is probably what the best transition from 2D Sonic to 3D Sonic will probably be as far as I'm aware. The engine itself is so fun to play, riding down slopes is awesome, I can't wait to see how the levels begin to accommodate for Sonic's playstyle rather than a sort of sandbox map.
Reactions: ashtimbo
love
I like a few others had to register just to make my thoughts about this amazing demo known. It's mind blowing that a team of four created such a fun and potential filled game.

The great draw about Sonic was always watching him run, jump, and roll around the world like it was a playground as he darts through loops and up walls, kind of like Sonic CDs opening. For once a Sonic game allows the player to do all of that - Building speed more and more by using the momentum from the environment is so rewarding in Sonic Utopia, with practice of the level layout you can get Sonic running at exhilarating speed! It really feels like infinite possibilities, Sonic can run up any wall and earn speed in many flexible yet rewarding ways and with enough creativity. The rolling mechanic is implemented so well - It's rewarding to find hills and slopes to roll down, and well balanced because it must be used with awareness to keep the speed going. The homing attack is great as well, requiring environmental awareness and timing to make the most of it - and mastery of using enemies to bounce off to sling Sonic in that direction with all his current speed is another great spirit of the classic titles that lives in this game. I've yet to play another Sonic game official or otherwise that expands on game mechanics that made Sonic so great, and allows the player to feel the most connected to Sonic and the world. I only wish I could find this fellow's Patreon because it's well deserved now that I've played for over 70 hours.

Also for players having camera control issues when starting the game for the first time with a dualshock controller; the issue is easily fixed by going to the input tab before launching the game. The issue has to do with what is set as default for the "View Horizontal" and "View Vertical" inputs. Click to change view horizontal to "Joystick 1, Axis 2" (Press left or right on right analog stick) and click to change view vertical to "Joystick 1, Axis 5" (Press up or down on right analog stick.) Hope this helps!
Reactions: OldGamerNewWorld

TheLegendaryDemonSlayer
how do you download the game
U
ultinstnct
I just used the download link provided on the overview page beneath the reveal trailer video. Should be fairly straightforward. I'm using a Windows Desktop, and just speaking for myself when I only had a MacBook; doesn't seem this game is compatible with Macs. Hope this helped.
Z
Zach8thHokage
How do I play the file?
the camera is looking up all the time FIX IT!!!!!
M
Markbisi
This is a scam!!!! Sonic utopia is not even working! It’s a scam!!!!!
Made an account on this website just to praise this game.

Sonic Utopia, despite being 1 level in a test, is genuinely one of my favorite Sonic games ever made, fanmade or otherwise. This game is so incredibly good and holds so much potential. The controls are super smooth, the camera is excellent even if it takes a bit to get used to, the music while only being one song is one of if not my favorite rendition of Green Hill's iconic music, the level design is so much to go through time and time again, even though its only one level. This game is amazing, and I will never get tired of it. amazing job to the Utopia team!
M
Markbisi
it doesn work
A
AngelDude94
Is there a mac version
This game look awesome but it is isn't to mac so I can try it. looks very cool. I have a question it will be a mac build in the future?
T
Tailskid23
Is this playable in a browser? If yes, Show me the link!
This game is amazing but I cant download....idk why, when I want to go to the link where is download its just error? Please help guys......
View pervious replies…
M
MelonBoy
whenever i go into the level my camera is constantly moving up and turning to the right how do i stop this

Domminic
MelonBoy, I don't know why what device are you playing on? 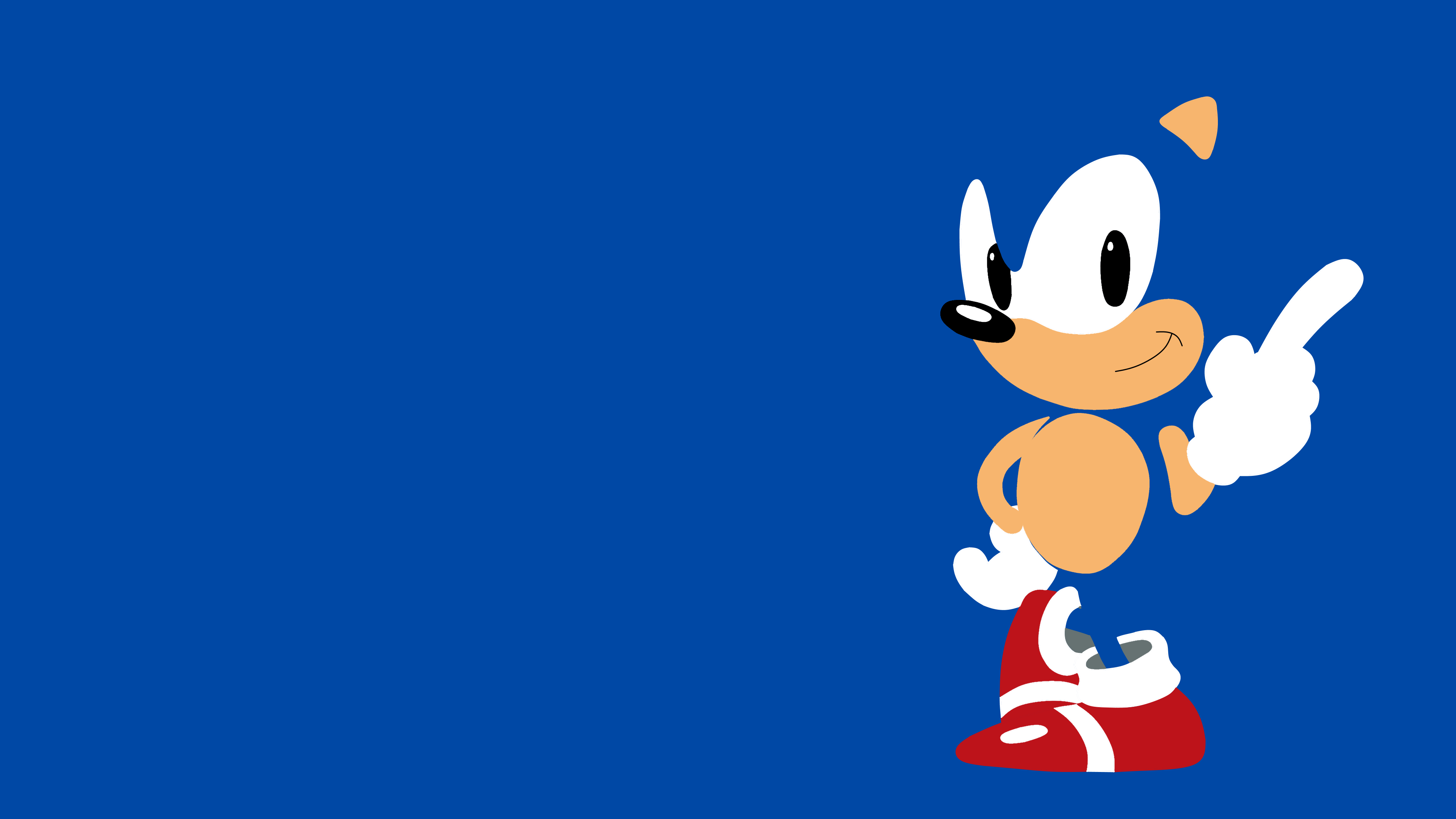 great the music and controls also the level desing!! ARE AMMAZING!!! but when the full release will be released?
D
DoritosDevX
Ok so to those who dont know to download you have to press the link under download then you should be at google slides then press the download button on the top right corner then open the file and boom
I cried while playing this
A
Al3q331
Bro how are u playing? I cant download when I want to go to the link where is download I cant its just error? can u send me zip file of the game? Please man :3!!!
S
SANICDAMDMDMDMDMDMDMDM
ya i used way back something and it just takes forever to download
:3
S
sonicfangameshq
este mensaje va para el creador de este fangame y esque me encantaria que hicieras nuevos niveles cosas nuevas para el juego no dejes varado un juego inpresionante todo el mundo cree que sonic utopia es un juego hermoso asi que yo digo que sigas con este projecto tan genial telo pido porfavor si puedes seguir este fangame siguelo pronto sera mas popular que aora

jocheaa
es para 32 bits? :v
the controls, visuals and music are all amazing, the only problem is how short it is. 9/10
This game is so cool ! If you want, I created an installer if you don't have to wait 5 minutes to finish the download of the game. Also changed the Unity icon. The link is here : https://www.mediafire.com/file/517z3dbcx0jvgjz/SonicUtopiaSetup.exe/file . If you want to test the installer on a VM, you can !
Reactions: sonkojo7
It shows a lot of promise especially if you can keep this very high quality in future levels, i am excited to see new developments for this project
F
furyfellowfox65
when dose the demo come out

Domminic
it's out now.
THIS IS WHAT 3D SONIC SHOULD FEEL LIKE. The biggest problem I have with most 3d sonic games is that there's no sense of momentum. In the classic 2d games you had to build up your speed as you make your way through the level; you had to EARN it, and that's what made those games so satisfying. In most modern 3d Sonic games, you can just press a button and immediately reach top speed, which makes it feel cheap. But Sonic Utopia brings back that sense of momentum that has been absent in Sonic games for a long time. It's both amazing and sad that a free fan-made tech demo is more fun to play than a large majority of triple-a games.

However, I do have some criticisms. The game feels a bit too floaty. When you fall, you fall at a constant speed like a balloon. It would be better if Sonic picked up speed as he fell. This lack of downward acceleration makes smaller jumps very difficult because you always remain in the air longer than you expect.

Another thing is that Sonic is WAY too small. He should at least be as big as, if not bigger than the enemies. For reference, here's Sonic next to a badnick in Sonic The Hedgehog (1991) vs in Sonic Utopia

One more thing (and this is really nitpicking), I'm not a fan of Sonic's model in this game. I think it would look better if it was closer to his current design.

Despite these flaws, the game is an absolute blast to play. I give it a solid 4.5/5
Reactions: Ketchup1018 and CXIURI

Phones
i think the big enemies are fine as long as their size doesn't get any bigger
This is a really good game already! I love the open world Aesthetic, I also REALLY love Sonic's model.
There's no doubt this is only going to get better!

Reactions: Ketchup1018
I Cant Download It If Your Able To Help Thank You! (Btw The Gameplay Looks Amazing)

ZoonBloon
( I found out how to and its AMAZING YOU SHOULD BE A DEVELOPER)
J
Jacob Cubbison
How do you download? I just created an account here so i'm a noob.
J
Jacob Cubbison
nevermind, I was just being dumb.
This game makes my inner-child extremely happy
10/10 good game
My mouse doesn't work for some reason. Does anyone else have this problem?
O
okutem
have u tried clicking m3/middle mouse button?
For a demo that was released years ago, it is still enjoyable to play. I love the combination of Classic Sonic´s designs and open world of the Adventures games ( more likely Sonic Adventure 1). Hopefully we get a modern Sonic game with some similar mechanics and this fangame done.