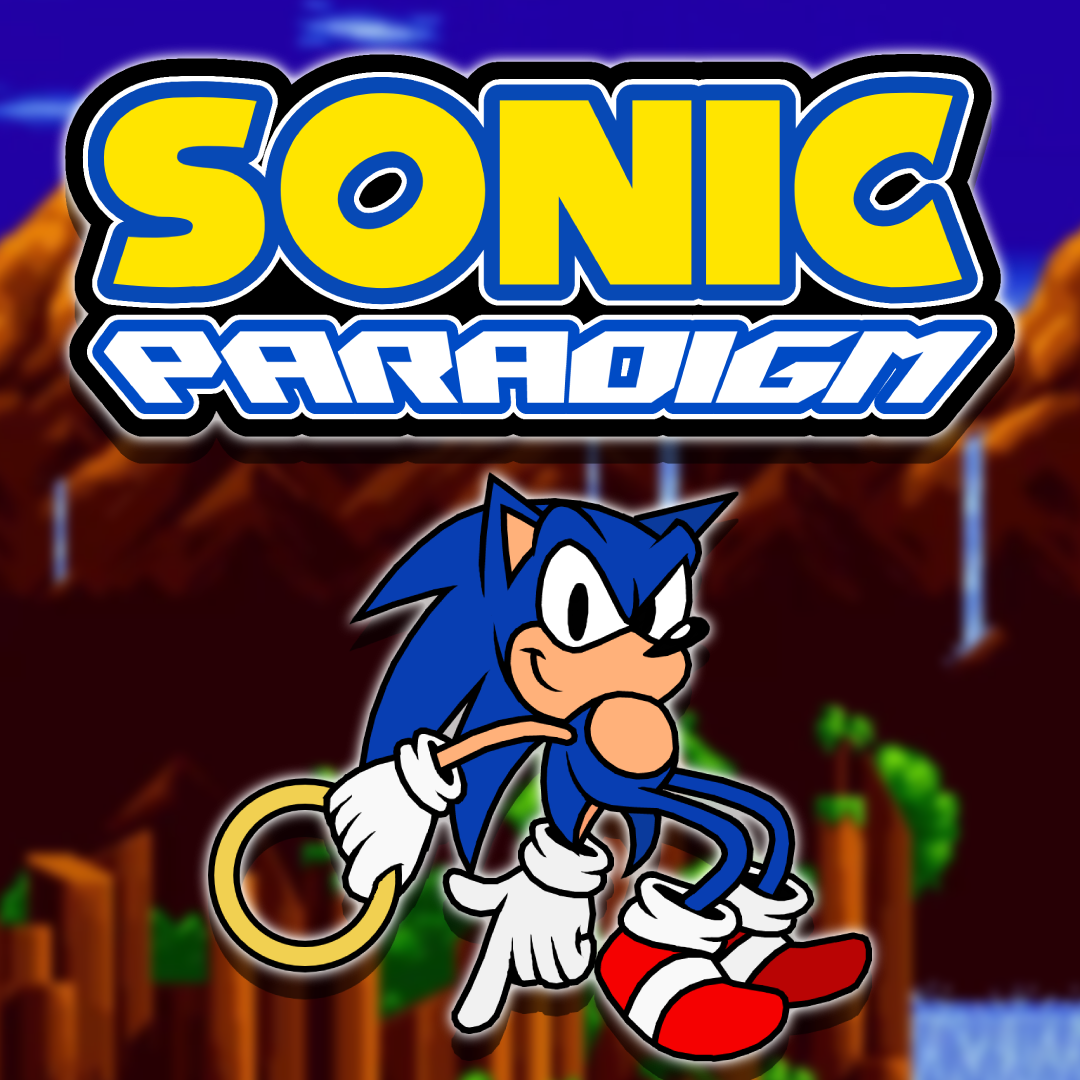 Sonic Paradigm is a 2D Sonic fan game made to bring the legendary classic Sonic gameplay of the early 90's straight to your browser! No installs, no downloads, just getting straight into the action! Seven zones are planned, each consisting of two acts. Three zones have been started, these being Green Hill (of course,) Aquatic Ruin, and Star Light. Sonic's moveset consists of all previous moves from the Genesis titles, the Super Peel-out from Sonic CD, and the Drop Dash from Sonic Mania (or was it the Sonic 3 Beta..?) Sonic also has a few new abilities tossed in there to make platforming more interesting; first is his jump cancel, which uncurls Sonic in mid-air after jumping. It can also give him a slight elevation boost if timed properly. He also has the "Air Dash," which gives Sonic a small burst of speed in the air after jumping.

*screenshots are from Sonic Paradigm v6, and content shown in these images are subject to change or has already changed.

NOTE: any versions here will be the SAGE 2020 Demo and any additional updates made to that version of the game!
The SAGE 2020 Demo is based on v6 of Sonic Paradigm, but the game will not be posted on itch.io until after SAGE 2020 is over.

The game, downloads, devlogs, and more can be found on the itch.io page:
Sonic Paradigm itch.io page

DevPlex01
oh hey it's you. sup

HyperMarioKart
Does this work on mobile?
Read more…

yey
nice
It's definitely an ambitious idea to try to bring sonic gameplay into the web browser, but this is clearly unfinished. The stages cut off abruptly on both sides and I was able to clip through the floor entirely. You clearly have the basic framework working of a playable game inside a browser, though, sound effects and all, so everything else is fine-tuning from here.
You must log in or register to reply here.