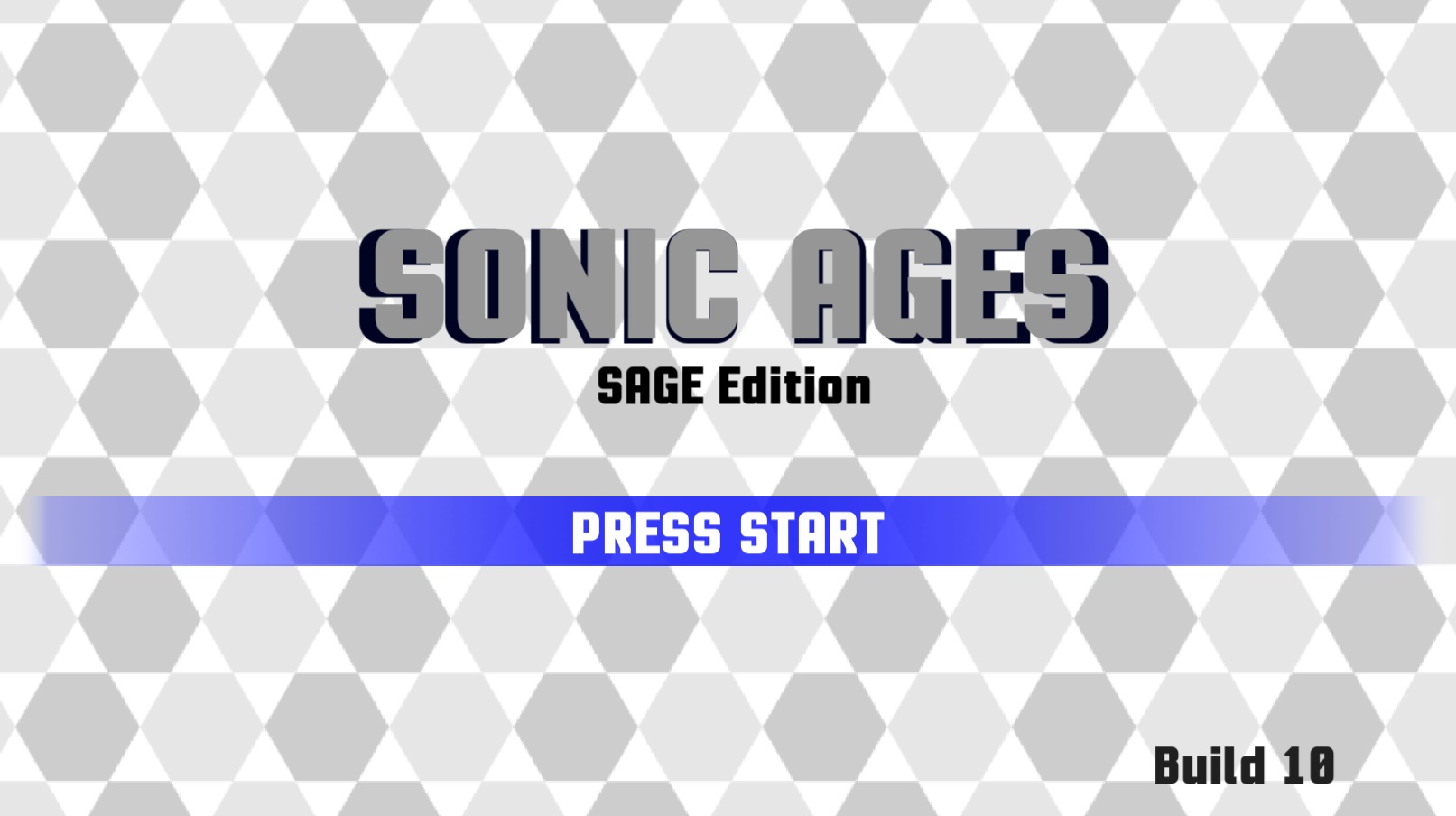 Join the Discord if you'd like more information on Sonic AGES(or Battlecross FEVER cause we tend to always hang around each other in and out of work)
it's a good way to know what i'm working/fixing on.

you can press alt+ enter to go into full screen, and adjust the window size if you want. but the resolution change should work better in the options.

Notes: Theres a very small percentage of players who seem to experiencing their player moving on their own. most of my time has been into trying to research and solve this issue. Any extra info on this would be very useful.

This week i've focused on mostly just fixing pretty large bugs so i can resume the art and animation bits. gameplay before art, you know?
Messing around with the latest version of unity to see if everything ports over fine without bugs. seems to deliver smoother gameplay to AGES.
Also preparing online multiplayer. (only racing at the moment, unless more ideas come up)

Major changes
- Fixed that nasty control lock glitch when players couldn't regain air control on a bouncy object after losing it. http://puu.sh/xR9Hb/01b6187df2.gif
-added the basic standalone player for those that's experiencing issues with their player running around without them pressing a single button. actually this didn't fix the intended thing i was tryign to fix so im going to remove this next build.


Minor changes
- Moved some of the enemy placement so it isn't cheap anymore.
- Increased the deadzone for the 360 control stick from 0.4 to 0.7 (raised it pretty high to test things. will bring it back down soon).

Things you likely wont notice
-Updated unity from 5.5.4 to 2017.1.1 (to take advantage of faster level creation and smoother gameplay?)

No change log here since this is the public debut.​

Major issue: If you gameover, you will have to restart your game because of a specific bug in the main menu. (i am working on it.)

OK so now that's out the way, 1st i want to apologize because the level art is still mostly placeholders because i spent most of my time on everything except that. so expect significant changes in future builds.

What this SAGE demo features.
Planned features- the things i plan to do after SAGE:
I'm only one person so i'm doing things one at a time with my handy dandy todo/tofix list so patience is the best thing i can ask for. (and food)


Below is a long story about why i'm doing this, for anyone that happens to be really curious about a lot of unnecessary text

For a while i used to browse the sonic retro fangame forums and i'd often hear people say "im going to make an hd sonic game!" and their thread gets missing because nothing is shown for it. so i figured to myself, im going to make some hd sprites for people to use... but how would i get them to show off properly?

Along came a guy who goes by KOHCTPYKTOP on the retro forums making a sonic gameplay with Unity2D. and since i like unity and it had the freedom for what i wanted to do i was interested. Coincidentally there was some concerns for reusing Sega's assets on his engine so i figured that this is the perfect chance for me to kill 2 birds with one stone. i could help him with creating assets for his engine as well as show off my animations and sprites for people to enjoy.

So i got in contact with him and showed him bits and pieces of the decade old photoshop animations i did based off of the sonic CD animations. He was pretty up for the idea so i went ahead with it.

I was hoping to show things off at SAGE 2016 but that didn't happen.. there were things he wanted to do to the engine and there were more animations i wanted to do for sonic. so we'd decided to wait until next year and keep working.

Things are coming along pretty nicely, i was learning tiny bits of unity and how to test my animations in his engine. But then he disappeared around Janurary..

I have no idea if he's ok, if he died or been hospitalized or just quit or anything like that. and frankly i am generally worried about his wellbeing. So if you're reading this dude, please message me letting me know you're alive lol

Since my partner in crime has been missing and i don't like going back on what i said, i decided to take on the rest of everything on my own, learning more about using Unity and C# and his Realms Engine. I'm still a toddler when it comes to Unity and laying out stages for people to play on but I've been managing and learning as i go. Thankfully Jman was around to lend me his assistance whenever i ran into issues so i'm not completely alone.
I've made slight changes/additions to some of the things in his engine to help make more room for my animations.​ This is my way of showing my love for Art, Animation, Sonic and Everything SEGA.
Sonic goes through multiple SEGA games, the art and themes will change accordingly depending on the stage.
While not implemented yet, Sonic and characters will feature some unique brand new abilities for this game to give a flow to game play without making it boost easy.

why i am making this game?
I wanted to make some new hd sprites for people to use.
I now also want to do some fun things with this now that i got this far.
I also want to let other people have fun with a fun game.

The guys that created Unity and the 2D features.

mdechatech a.k.aKOHCTPYKTOP for his Sonic Realms Engine and helping me get motivated. if it wasn't for this guy i would've taken much longer to get into Unity

The animation is a sight to behold. The tutorial stage alone is great because of how original the theme is, and how cool it is to see pencils, erasers and protractors shape the level design! The gameplay itself is solid, with Sonic controlling very smoothly. My only criticism is that the main level becomes repetitive after a couple of minutes in, and I didn't feel like I was being challenged in any new ways afterwards. (More enemies and harmful obstacles might be the solution in that regard). Otherwise, really fun to try out, and I appreciate the visual humour included here and there... 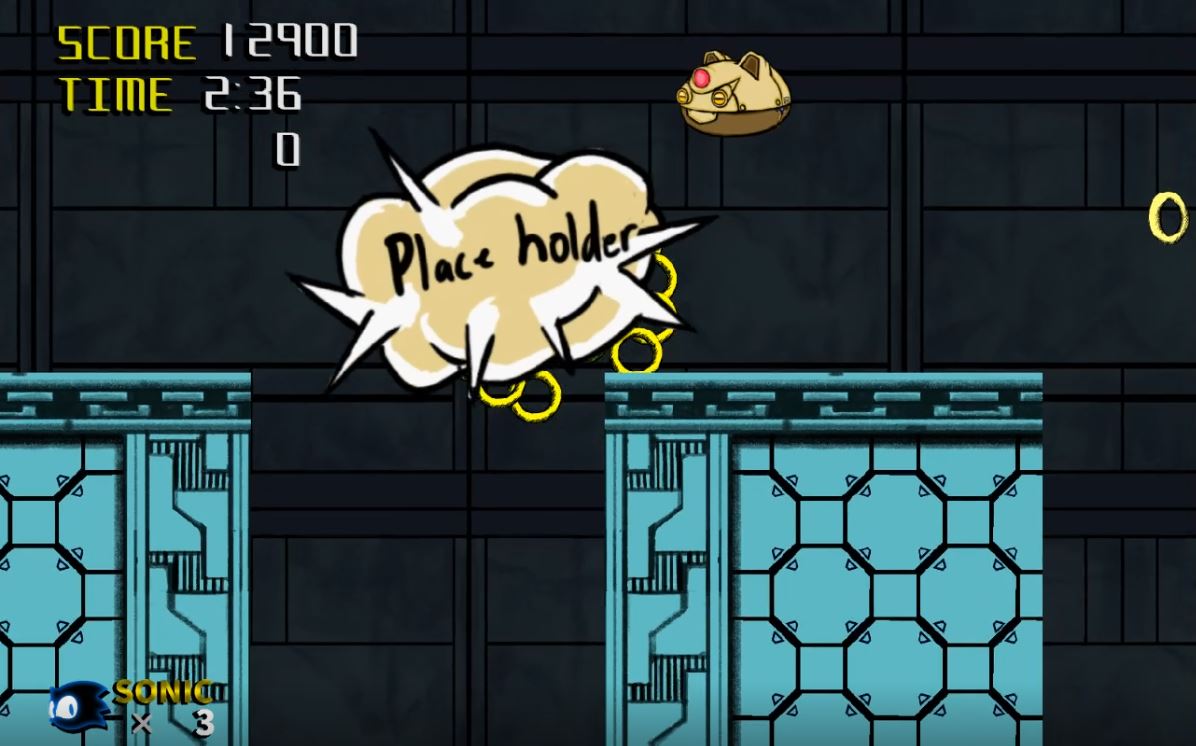 I know you are using Unity as an engine, but what framework are you using? [I'm very new to all this.]
You must log in or register to reply here.