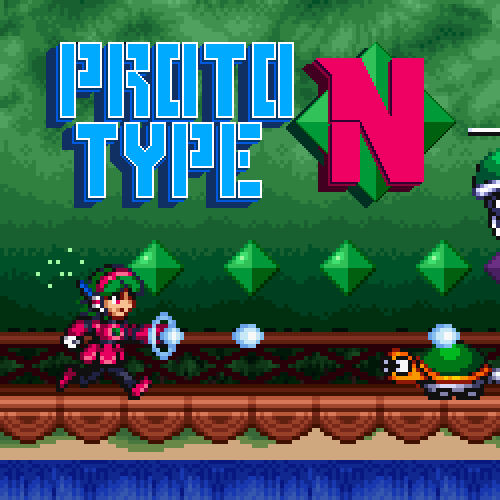 Destructive robots are running rampant across the world! Nadine, an incomplete prototype robot of unknown origin, fights to save the world while searching for her creator.

Prototype N is a run-and-gun sidescrolling platformer. The player advances through stages of tricky platforming, collecting gems, new weapons and other items along the way!

The player is always equipped with their default weapon, the Plasma Blaster, but new sub weapons can be found scattered across the stages. They each have their own unique properities and interact with enemies and the environment in different ways. Try them out!

In this demo, there are a total of five unique Sub Weapons and one main weapon! You can only carry up to two Sub Weapons at a time and all Sub Weapons share the same ammo.

Plasma Blaster
It does nothing special as its the weakest weapon as its damage output is low and its range is a bit on the short side. However it can be fired rapidly making up for its weak output and its usage is infinite!

Remote Missile
This powerful weapon can bust open tougher things such as steel boxes! However, it cannot pierce through enemy shields and its movement is a bit on the slow side. One of its best features is the ability to guide it vertically as it endlessly propels forward.

Cluster Bomb
As the name suggests, Cluster Bombs explodes into a cluster of smaller bombs upon impact. Both it and its smaller bombs can pierce through enemy shields, including seemingly "indestructable" enemies. It's main weakness is the slightly difficult aim and a higher ammo consumption.

Flame Cannon
This rapid firing flamethrower can tear down enemies fast, but its ammo consumption is a bit on the quick side. What other uses could it have?

Twin Lasers
A weapon that always moves diagonally. They can do a clean constant hit through enemies and bounce all over the room. They dissipate after a few bounces.

Bolt Strike
A weapon with a very high ammo consumption. It creates screen-killing lighting strikes when it's launched into the air. Because of it's power, it's rare and only found in a secret area in this demo. Can you find it? 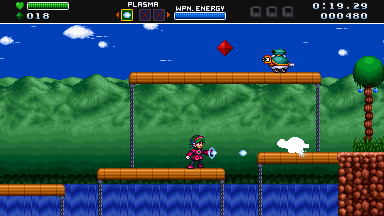 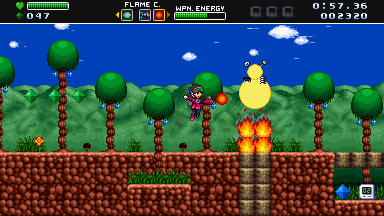 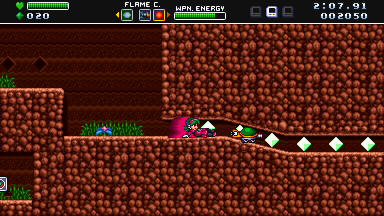 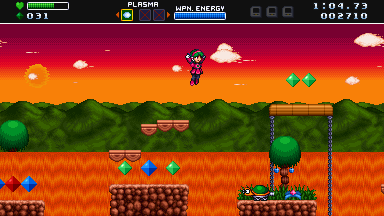 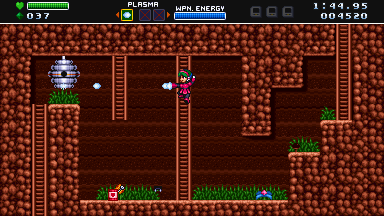 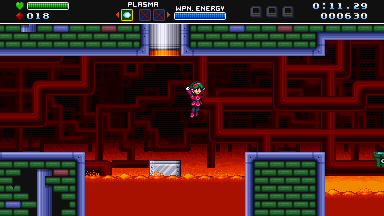 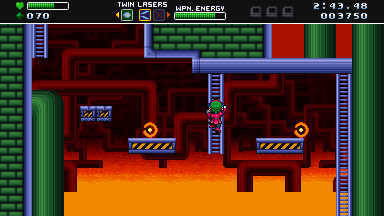 Additionally, the Controls Manual & Credits are found in the zip file.


I hope you enjoy the game!

Anti-Virus Notice: Some anti-viruses are known to wrongly detect some games as Malware or a Virus. If your anti-virus detects this as one, don't be alarmed as it is only a false positive.
Reactions: EnderElectrics
Share:
Reddit Pinterest Tumblr WhatsApp Email Link

I really enjoyed Prototype N! the calming mix of mega-man styled gameplay along with the bite-sized challenges that make every world made it such a nice experience.. The game design fundamentals in this game are really strong and you can feel the dedication put into it. Also, the main character's really cute!
I hope to see more of it in the future!
Reactions: Arrietty
Read more…

This is really good, I'm glad SAGE gave me the oppertunity to see this awesome game
Feel free to leave me a review of feedback. I want to improve this game a ton! Perhaps there might be a post-SAGExpo demo update with changes based on feedback and some QoL!
I watched Stealth stream this, and checked it out when I marathonned all 77 original games. I love it! It's like Mega Man but a lot more laid-back and methodical.
This game was a great experience! the music is great and its a nice slowdown from other platformers.
You must log in or register to reply here.