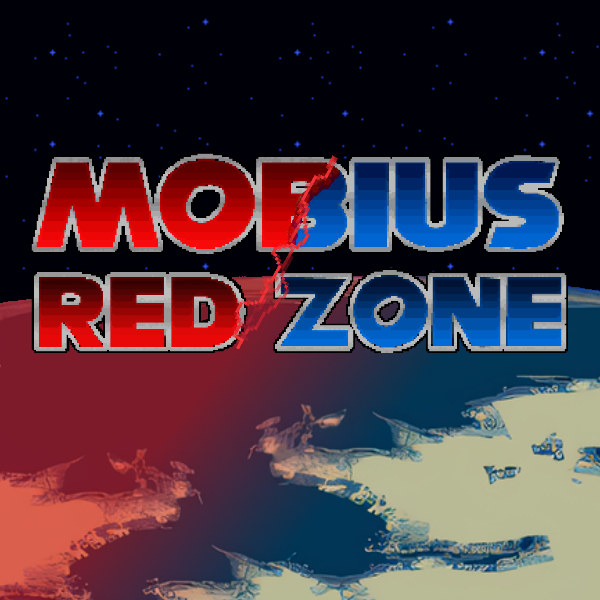 The Mobius Red Zone takes place in the same universe as animated web-series "Sonic the HEDHUG" called "HEDHUGverse". The events of 'Big Space Race' set the mysterious Red Comet on collision course with Mobius where Sonic and Co live. Later, the events of 'Dr.Eg.D.S.' may have reload the planet, but not the rest of the world, and the Comet is still slowly moving towards the Mobius, finally arriving many years later, in the time of The New Circle.
Noone expected this to happen, but at the arrival the Red Comet released the cursed energy that suddenly changed the world to its corrupted, horrible version of itself - the so-called Red Zone where even the small pretty flower on the background can turn into a devastating mechanical monster with saws and lasers, and cannons, and even more saws.
Now our heroes embark on their own adventures to reveal the truth about the Red Zone and, maybe. even stop it from spreading across the whole Mobius... yet it still exists.

Prepare to face dreadful challenges in the corrupted world of Red Zone - place that rejects the reailty and even sometimes lawqs of physic, place where no mistakes are forgiven! The Demo-version features the Redzoned version of Green Hill Zone - Techno Hill Zone, and four playable characters: Sonic, Tails, Knuckles and Dr. Eggman. Each has their own unique gameplay style and abilities, but that's not all - the level itself changes depending on the character you play. And even that is not all - but the rest is for you to discover.

Playable characters:
Sonic - he is fast and furious, as always, but in the Red Zone this may be a huge disadvantage for him, if he's not careful enough. His levels mainly consist of heavy platforming, place lots of vicious enemies and give challenges that check your reaction and sometimes even a quick-thinking.

Tails "Miles" Prower - to be honest, he is not much of a fighter, because he is too smart for that. Yet, his storyline and gameplay provide a bit more of a... chasing effect and even a little bit of horror. Yes, he can fly. Yes, the game knows it. Yes, this will NOT make your life easier. His levels will always limit you... in one way or another.

Knuckles - a complete rewamp of the character from Sonic & Knuckles and more into his Adventure gameplay. He searches for items with his scanner, and he can get into almost ANY place of level because he can DIG through the level. Almost everywhere. Almost through anything. And, of course, his abilities can destroy TONS of robots at the same time, if needed. Just pay attention to hidden traps - his levels have them more than any other.

Dr. Ivo "Eggman" Robotnik - the smartest moustache fatman we ever know and usually the character that we see only from the other side of barricades. Temporarily left without his Egg-Mobile, he proves himself capable of making feats even in this situation. Armed with only jumping device and his golden hands, Eggman can interact with the level itself, with different items, use tools and even craft devices - literally everything needed to solve puzzles, to find his way forward and to prove his real genius. And, maybe, yours too.

Developer note: This game is still in development, so some bugs are to be expected, especially on Knuckles and Dr. Eggman`s parts, and I would be glad to accept your help in testing and providing a feedback.

First teaser-trailer of the game:

Virussoft за 10 лет совершила большой скачок в плане анимации, надеюсь и с геймдевом станется то же.
man that main menu is really dope but damn it why is this game so CBT
You must log in or register to reply here.