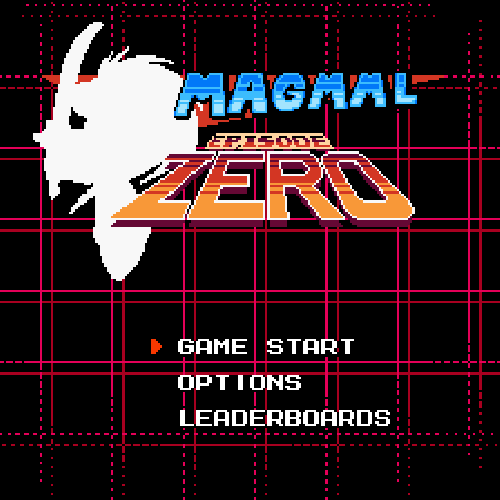 MaGMML: Episode Zero is an interquel set between the events of Make a Good Mega Man Level (MaGMML) 1 and 2, level design contests where users submitted their own Mega Man levels to be ranked by a team of judges. Unlike previous entries, Episode Zero was not the result of a contest, but rather an active collaboration: participants received feedback from a QA team and had to pass a certain quality threshold for their work to be included in the game. The result is a streamlined experience that still retains the wacky, off-the-wall humor of the series!

Play as the legendary (?) Reploid (?) Zero as he journies through over 60 different levels from 40 different creators in a unique blend of Mega Man Classic, X, Zero, and ZX! Blast through levels with the aimable Z-Buster, the trusty Z-Saber, the long-range Z-Burst, and the wildcard Blank Drive, all backed by an expanded version of the elemental chip system from the Zero series.

pixel perfect jumping...relatively high difficulty... and devs who wish to torture players by making the movement controls for gamepads unable to be configured and default to a joystick.

i tried it...made it past the intro lvl after dying several times... got part way through the 2nd lvl... a game does not require high difficulty and pixel perfect jumping to be good. i'm not a gaming god like kaizo romhack players.

also, this is not a 3d platformer game. it's 2d...allow the d-pad to be configured. joystick for 2d platformer games is BAD DESIGN.
GamePad support in Game Maker is shaky in general (at least what this game uses). Some controllers just randomly don't connect. If you need the D-Pad that badly, use Joy2Key. Please don't act like this was on purpose to "torture players" or whatever.
GamePad support in Game Maker is pretty straightforward and reliable, assuming you know at least the basics.
Rock Man For life love this and everything about it
sounds like treos didn't understand one of the core mechanics taught in tutorial stage. Zero has an ability to dash in midair, which allows you to easily jump over a big gap. this invalidates the complaint about "pixel-perfect jump".
I am surprised i can get to chapter 2 after seeing all the comments(Yes i use keyboard)

ServalRabbitWolfBear said:
sounds like treos didn't understand one of the core mechanics taught in tutorial stage. Zero has an ability to dash in midair, which allows you to easily jump over a big gap. this invalidates the complaint about "pixel-perfect jump".
Click to expand...

You can dash jump then air dash
You must log in or register to reply here.