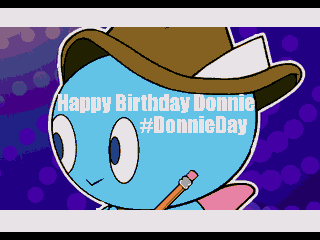 Donnie the chao Final Mix is the last update of the hack that formerly was known as Donnie the chao Special Edition which was shown on SAGE 2016 and Sonic hacking contest 2016. This update features new level layout for Marble and New layout for Spring yard act 1.

Donnie the chao Final mix however removed the highlight from the past versions being The Meme Zone.
It was just there as an easter egg and has thus been removed due to original creators demand.
Alongside a few bugfixes such as Donnie is now able to land on spikes without dying on annother bed of spikes in the close area. (The Spike bug from Sonic 1 is fixed)

Some easter eggs are still in from prior versions. Find them and you should find some enjoyment.

Donnie the chao Final Mix will be the build that will get you on board for the next hack coming from CaveQuest and crew in Donnie the chao 2. Which is going to be a completely new experience.
Feel free to enjoy.

Donnie the chao Final Mix is the final update and has new content never seen in Donnie the chao before. But it also cut shortcomings such as normal Sonic 1 bugs and fixed them. We also have made sure that this game is properly following up with Donnie the chao 2 in some way.

I played the hack, It was nice, Just one thing, I keep dieing alot, Can you please fix this?
You must log in or register to reply here.