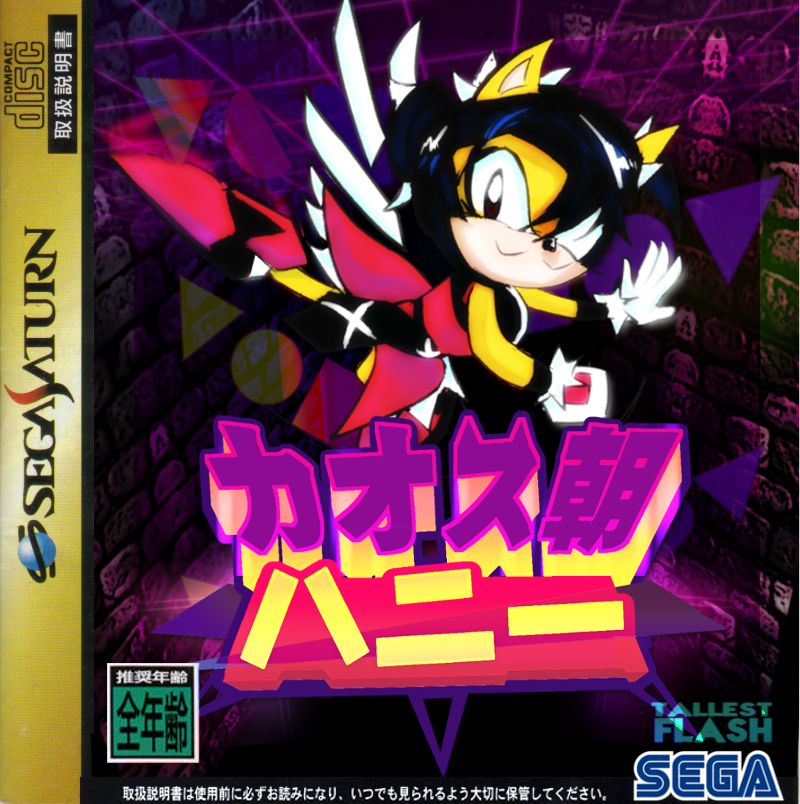 Notice: The contents of this demo are still somewhat unpolished. Expect a minor gameplay/visual update before the end of the expo!

-Updated Camera and movement
-There is a known issue which causes some controller drivers to incorrectly bind camera controls to Left and Right bumper instead of the right stick. If this is the case, playing with mouse is reccomended, as the bug disables vertical camera movement.
-There is a known issue with the latest build, which causes the loop of the BGM track to start early occasionally on the first load. A fix is currently underway.
STORY:​
On what would have been another rather uneventful morning in the Chaos Dynasty's hidden castle, Honey the Cat is awoken by a sudden invasion from an unknown robot army that appears to have stolen the Master Shard, an unstable piece of the Master Emerald her family was tasked to protect long ago. Seeing as everyone else went on vacation a week prior to the game's events, it is now solely up to Honey, who gladly uses the opportunity to advertise and develop her new Armored™ clothing line, to travel the lands and retrieve the shard from these mysterious invaders. 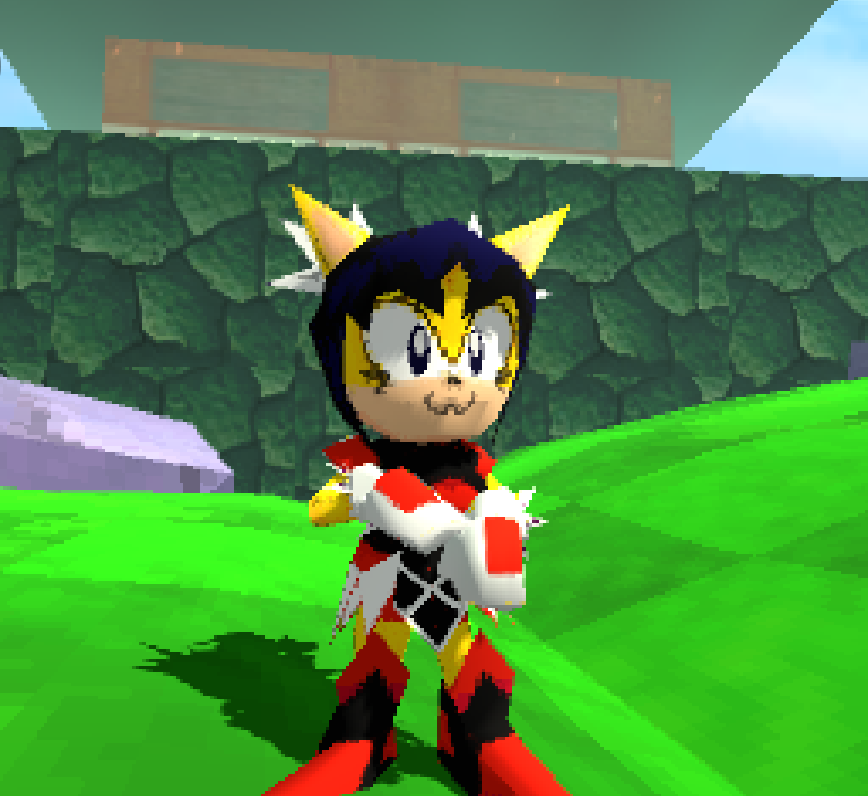 Honey has a few unique mechanics inspired by her appearances in Sonic the Fighters and the Archie Comics. While Honey can't simply defeat enemies by jumping on them like Sonic, Honey has several combat options, including a basic attack on the ground, a Vortex Kick from the air, and the ability to vault forward into a ball temporarily. Some enemies can only be defeated from certain angles, so use your arsenal to the fullest! In addition, by running around, collecting rings, and defeating enemies, Honey gains charges of Shadow Dash, which doubles as an attack, and a powerful mobility option.

Unlike other characters in the Sonic series, Honey also wears a customized armor dress, which becomes more powerful with the number of rings she collects. However, this comes at the cost of the dress completely absorbing the rings; once she gets hit, the lost rings are unrecoverable, and getting hit at 0 Armor means game over! Collecting rings past full armor will increase Honey's limit, which increases the speed she can run at after holding the attack button.

Two playable allies:
Both of these characters, yet to be revealed in future versions, will help Honey on her quest!
Minor characters:
Special appearances from other characters in the Sonic series will also be included in the final version! 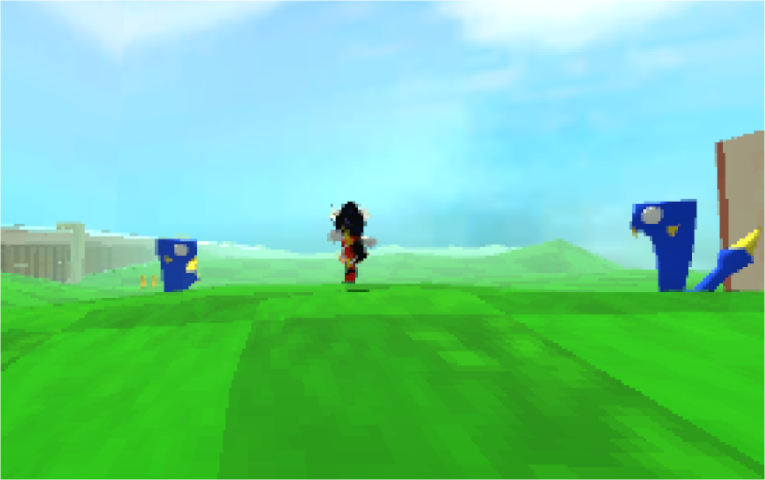 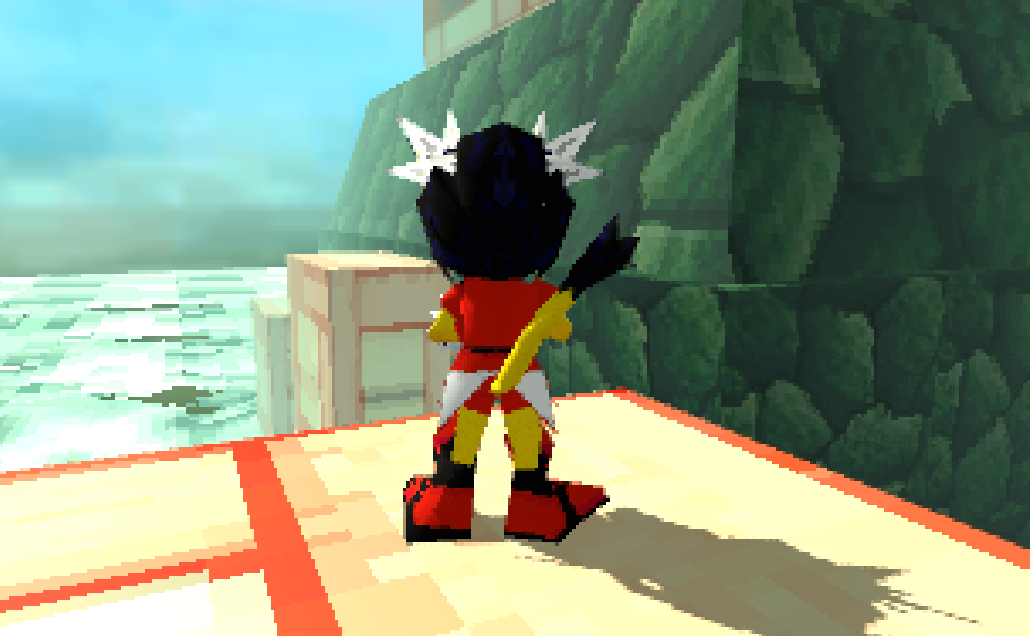 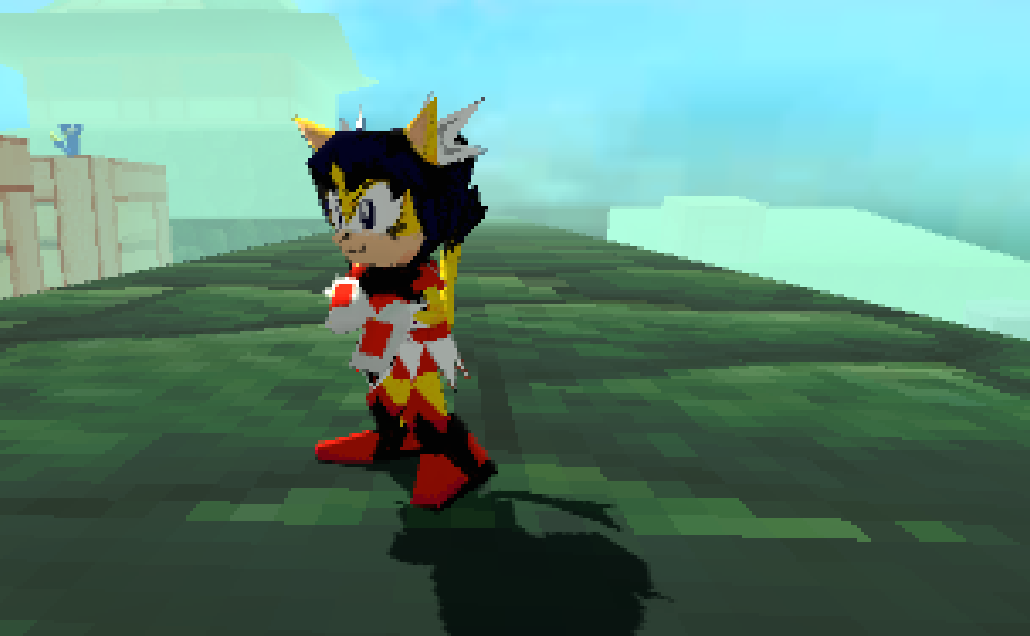 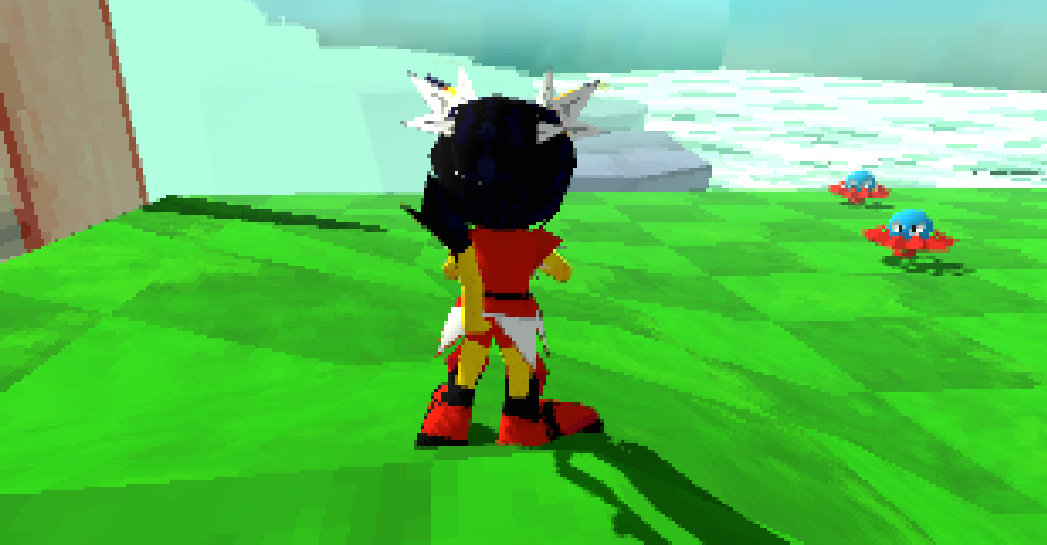 High Points:
+Controls work properly, and more often than not you have the tools to save your bacon in a pinch~
+Very Sonic the Fighters, in art style, which gives the game a 'Sega Saturn' type low-poly feel~ It's beautiful~
+It feels nice to explore the level aimlessly~ I mean, there is a task to do, but I spent a good amount of time just... wandering and vibin'~

Tripping Poins:
-It very quickly devolved into a 'Where the Heck Do I Go' type experience. Maybe I just get lost easily, but I found myself looping back to the same few areas over and over again: the waterfall, the central platforms with the 4 snakeys and the Ring Monitor, the start of the level. If the goal is to create open levels to explore, there might need to be a way to signal the Player where to go, such as a vague ping or radar or a scenery element that might tell you where the keys are. Full blunt: I gave up looking after twenty minutes and only finding ONE of the two keys, and by sheer happenstance!
-Some of the rocks around one of the waterfalls... don't function as solid terrain? Mind you, it was at the edge of the play area, but that by itself is deceptive.

Mixed Nuts:
=...why is Jump the top face button? It's kinda awkward to use it in tandem with the Dash, being the bottom button.
=At that, the lack of a Pause button, let alone a way to exit the game outside Alt-Tab, is jarring. Not unworkable, as you aren't timed that I can see and there are several safe spaces around, but it still presents a problem.
I like Honey so had to try this out, movement is really fun but there's no sense of direction in this stage to me at least, then again it is called "Chaos" Dynasty. Y being mapped to jump is a little odd but it kinda works once you get used to it. Quite a solid base so far though!
It was a little difficult to get the hang of but I had a fun time with this one. I think making Sonic fangames about lesser-known or rarely-playable characters is a really cool idea. Running around the level and attacking enemies is fun and satisfying and the graphics have a nice style. The level design was a little rough, though; there were a couple instances of jumps being harder to pull off than they looked and the whole level kind of lacked a satisfying flow and progression. Also, having both a dash move and a sprint move feels a little redundant to me. The dash is faster, but the fact that it had a cooldown and the button assigned to it on my Dualshock 4 wasn't close enough to the jump and attack buttons for me to comfortably hit made me rarely use it.

Overall, this is a promising demo and I look forward to seeing how this fangame develops!
Reactions: flashcap777 and Sternosaur

Sternosaur
Can we just appreciate the fact that Honey from Sonic the Fighters
got enough love to get her own fan game, bravo!

flashcap777
Thank you so much for the feedback! The control mapping is definitely something I've heard about, and moving forward it will be reworked for sure. To be completely honest, I meant to get around to it earlier, but I got caught up in other features- these have been the controls since I first finished writing the framework, they're very outdated haha
Read more…

Cool game! It was pretty fun to move around in and I always like seeing more Honey. I will say that the gamepad controls didn't seem mapped properly for an Xbox-style controller.

fickleheart said:
Cool game! It was pretty fun to move around in and I always like seeing more Honey. I will say that the gamepad controls didn't seem mapped properly for an Xbox-style controller.
Click to expand...

Thanks for the comment! Custom / Different control mapping is definitely top priority for future demos, please look forward to it!
The mouse sensitivity was way too high for me to be able to play this—the camera was just rotating around at high speeds no matter what I did, and it kept trying to look down on Honey from above instead of showing me what was in front of her—but from what I saw, I liked how vibrant and colorful the game was, and how the enemies were cute instead of just functional.
wow, the game design is amazing I can't wait to play it!