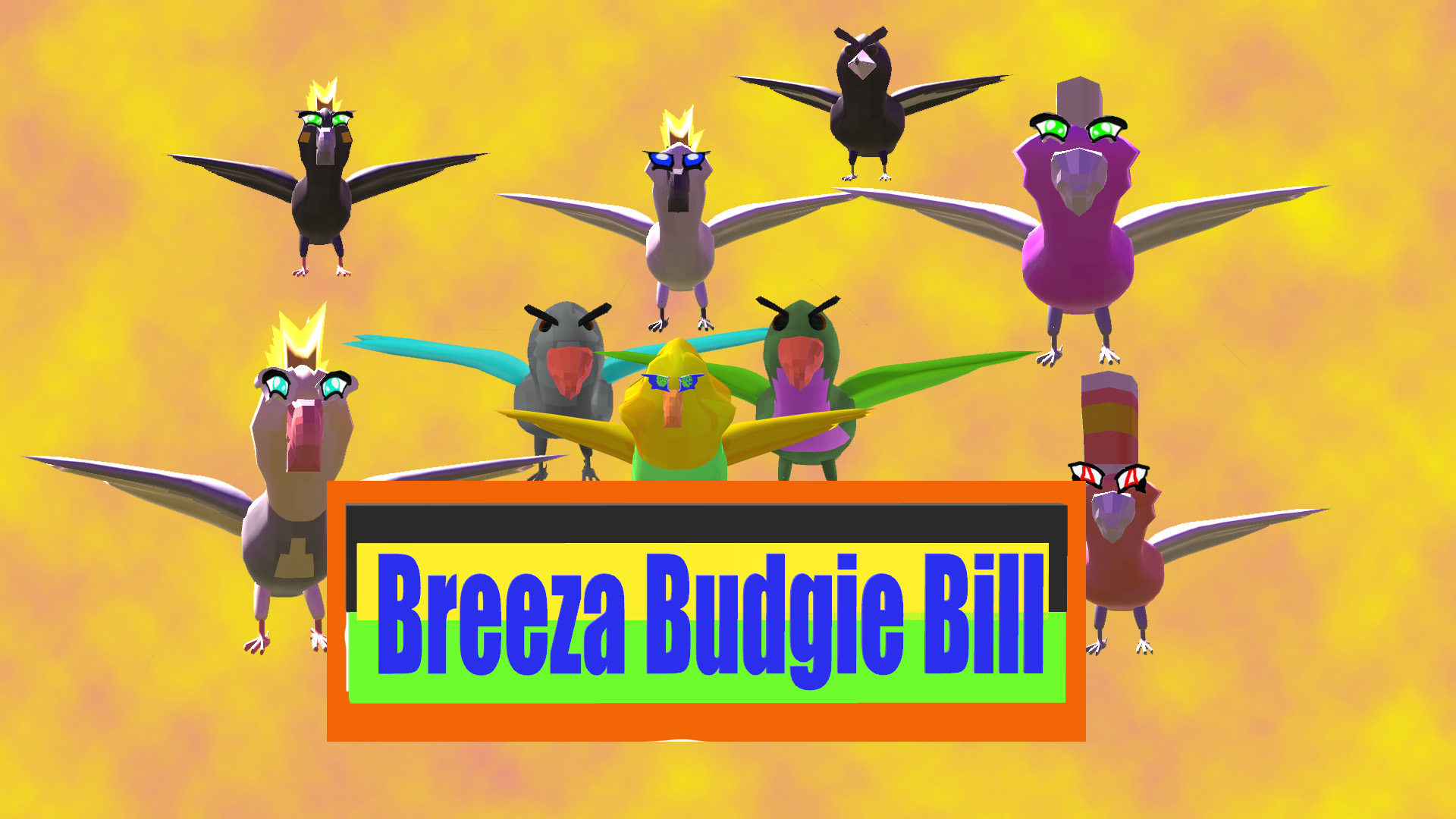 Inspired by early 3D games of the mid 90's, Budgie Bill is a definitive assault parakeet!!!,
on a mission to defeat all who oppose him, with the Help of Pumpkin Dog, Budgie Bill has a boost ability that can be turned on and off.
Pumpkin Dogs Level have a Fish-eye lens, which has a ultra-wide-angle lens, so the player can see a full 180 degrees in front of them.

The gameplay is easy and casual, and the game has a retro based soundtrack, and 90’s Art style, as Well as a heap of different themed stages to blast through.