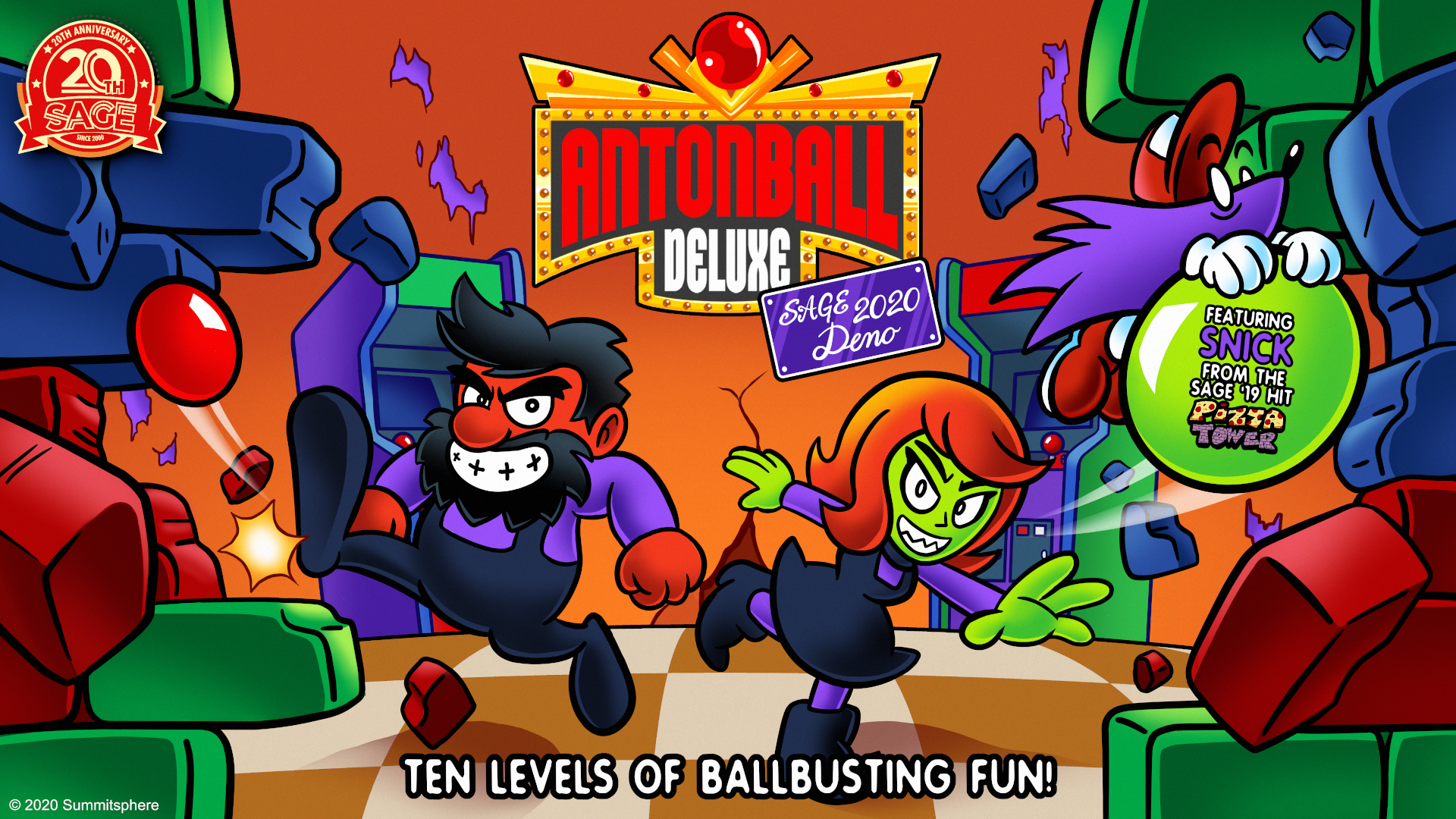 "Wait, a brickbreaker and a 2D platformer had hardcore disgustingly brutal sex on the couch and made a baby? Count me in!" ~Matt

"How can anyone find this game fun?" ~AllStarYoshi

IF YOU ARE HAVING TROUBLE DOWNLOADING THE GAME, GET IT FROM ITCH HERE: LINK 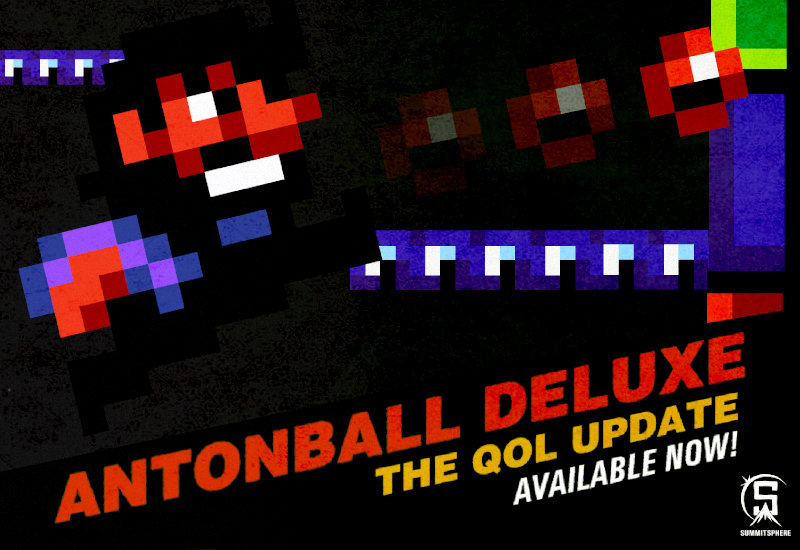 - Buffed jump heights
- Slowed down clutched ball speed
- Allowed the player to earn extra lives every 10,000 points
- Fixed crash that occurred when firing a bullet and dying
- Fixed glitch that made players stuck at the character select
- Added support for keyboard v. gamepad VS mode
- Allowed a second player to drop in at the character select
- Added a restart button in the pause menu
- Fixed crash that occurs when pausing in VS. Mode 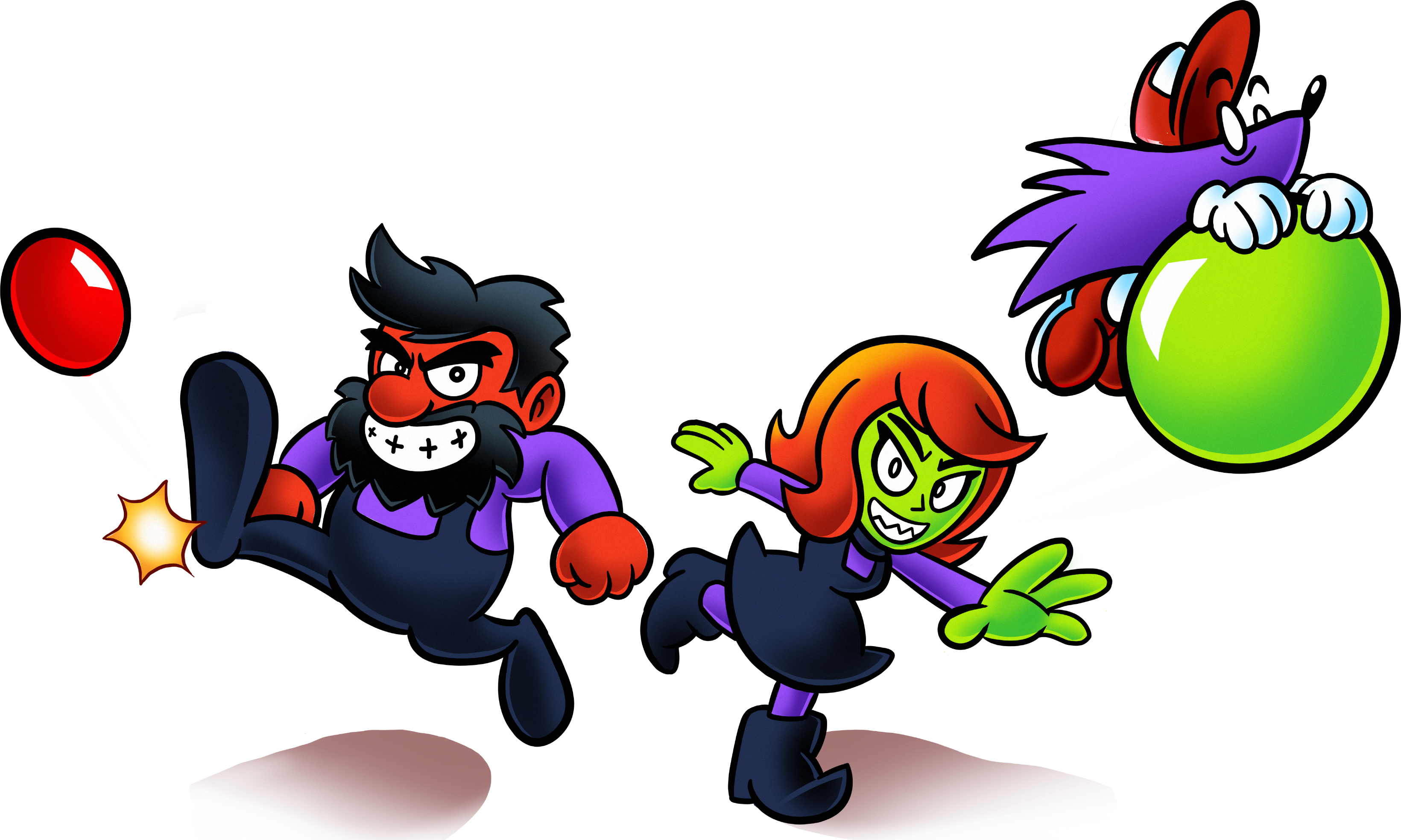 After a long night at Brulo's of smoking, drinking, and gambling, Anton begins to make his way over to SAGE* 2020! (*read: Super Anton Game Expo)
Unfortunately, being under the influence, Anton isn't watching where he's going, and ends up falling into the sewers- which just so happens to be where the infamous Snick the Porcupine is hosting his very own Snick Amateur Game Expo. Given no other choice, Anton attends the convention and begins to play the games...

SO JUST WHAT THE HECK IS ANTONBALL DELUXE ANYWAY?! 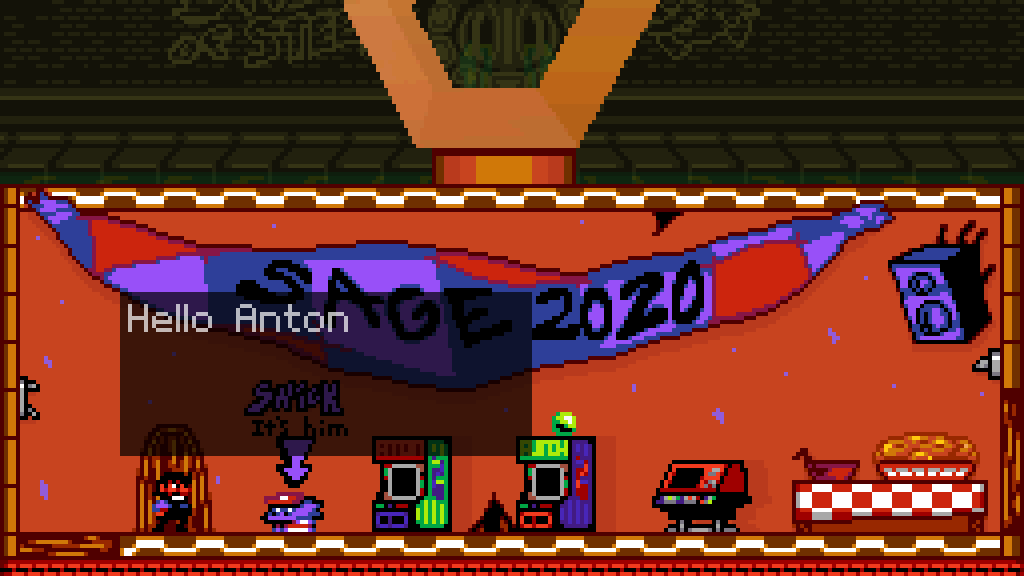 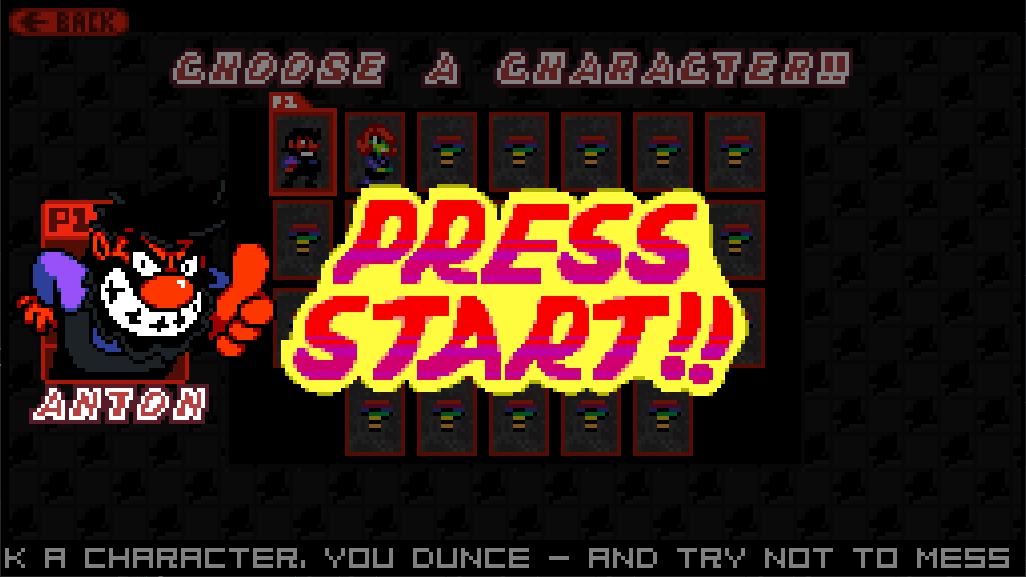 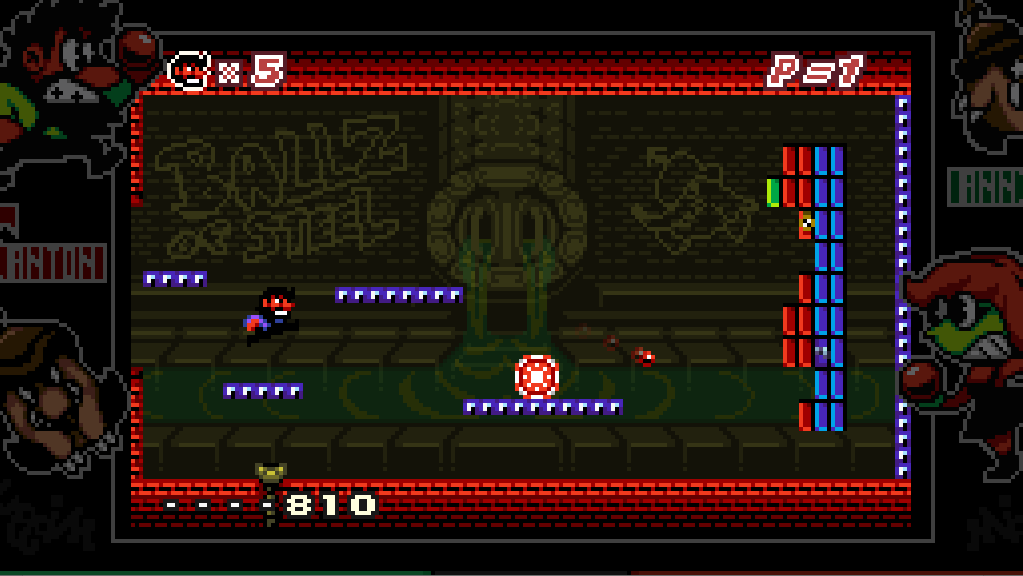 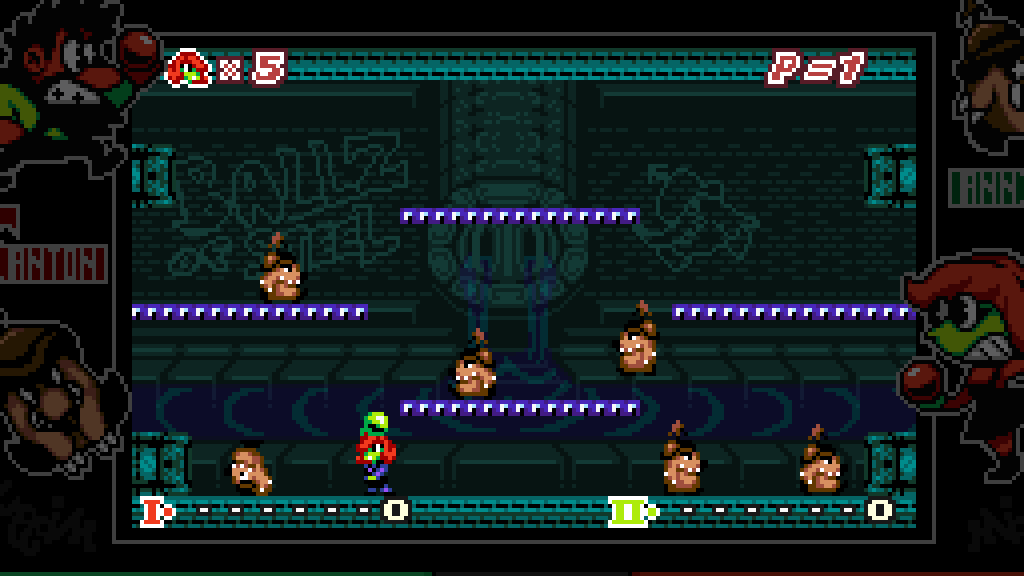 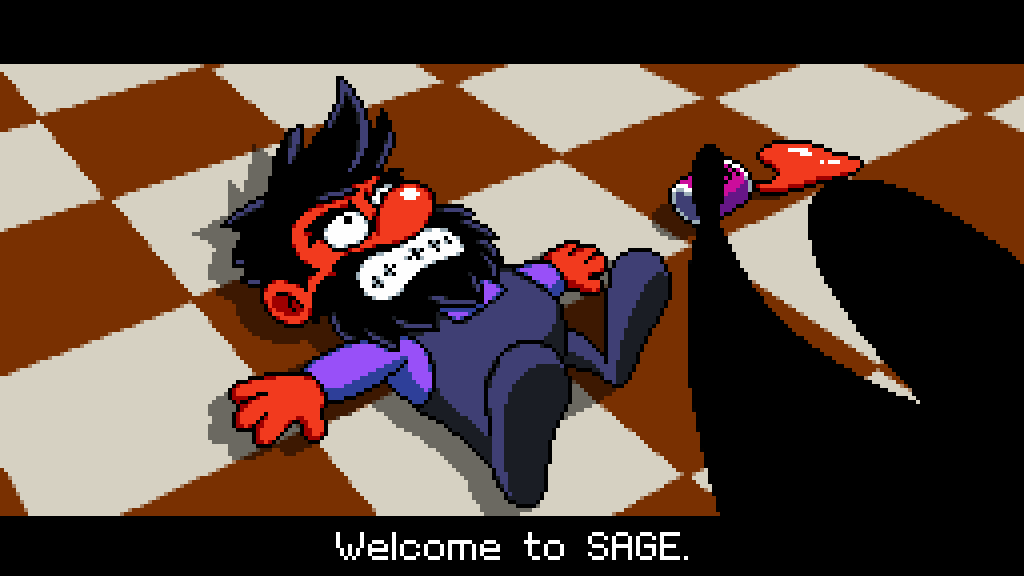 No slouch on content, Antonball Deluxe lives up to its name in including three separate games:

ANTONBALL ARCADE
An enhanced low-definition remake of Summitsphere’s legendary game jam title! After a long night on the town, Anton’s struggling to find his way back home. Your mission is simple: break down every wall that stands in your path!

PUNCH BALL ANTONBALL
Help Anton use his balls to eliminate his enemies! The stakes are high, and the competition is hard. Do you have what it takes to be the Punch Ball Champion?

VS. ANTONBALL
The world’s most intense game of pong! Up to four players can compete in online and offline matches across nine stages.​
This special demo created exclusively for SAGE 2020 includes the following:

The game is still in very early stages and much is subject to change. If you like what you see, support Summitsphere on Patreon to help us make the game, follow us on Twitter and join our Discord server!

A new spin on two great arcade games.
I have seen Antonball around for a while now and could kick myself for not trying it sooner. Instead of just throwing a few games together and calling it a day, this game ties them all together within a narrative. And what is there not to love about story about a guy who gets wasted and accidentally meets Snick the porcupine? That alone warrants a five star review.
I'll definitely be coming back to this demo after SAGE 2020 is over.

This game is designed to be played on Windows, so this is not the fault of the creator, but if you are a Linux user be aware (at least this was my experience) that WINE can run ANTONBALL ARCADE flawlessly, but crashes when I play PUNCH BALL ANTONBALL.
Reactions: Summitsphere
Gotta say I loved its simplicity, and I'm a sucker for Classic mashups like this. And the Wario-eqsue douchebaggery of Anton was great.

I did have one problem in the 2 player game, in that it detected my 2nd controller (Mayflash Megadrive adapter) but the axes were all wrong (it's always been a bit weird, and seems to register the D-pad as a joystick hat, not a controller)
Reactions: Summitsphere
4th Original SAGE Game listed out of 77

I used to play the crap out of Mario Bros. at my local arcade. This game brought back those good times but with a fresh twist. But I'm gonna be honest and say I only gotten to the 5th level in Antonball before losing all my lives and giving up, plus I have no idea how to use the gun. Punchball Antonball is more simple and understandable to me, it's Mario Bros but with a punchball. I couldn't play Vs Antonball for this review due to myself not having friends to play it with. In total, Antonball is a great recommendation for those who like Mario Bros. Plus, it has Snick in it so it already gets my approval.
Reactions: Summitsphere
Read more…

This game gave me flashbacks to playing Mario Bros. with my cousin on the GBA. It's not an aesthetic you see very often, and I'm glad you picked it.
You must log in or register to reply here.