Article Gallery
My first ever article for Sonic Fan Games HQ involves what I feel is my most favorite 3D Sonic mod that's available. That is, of course, Chao World Extended. 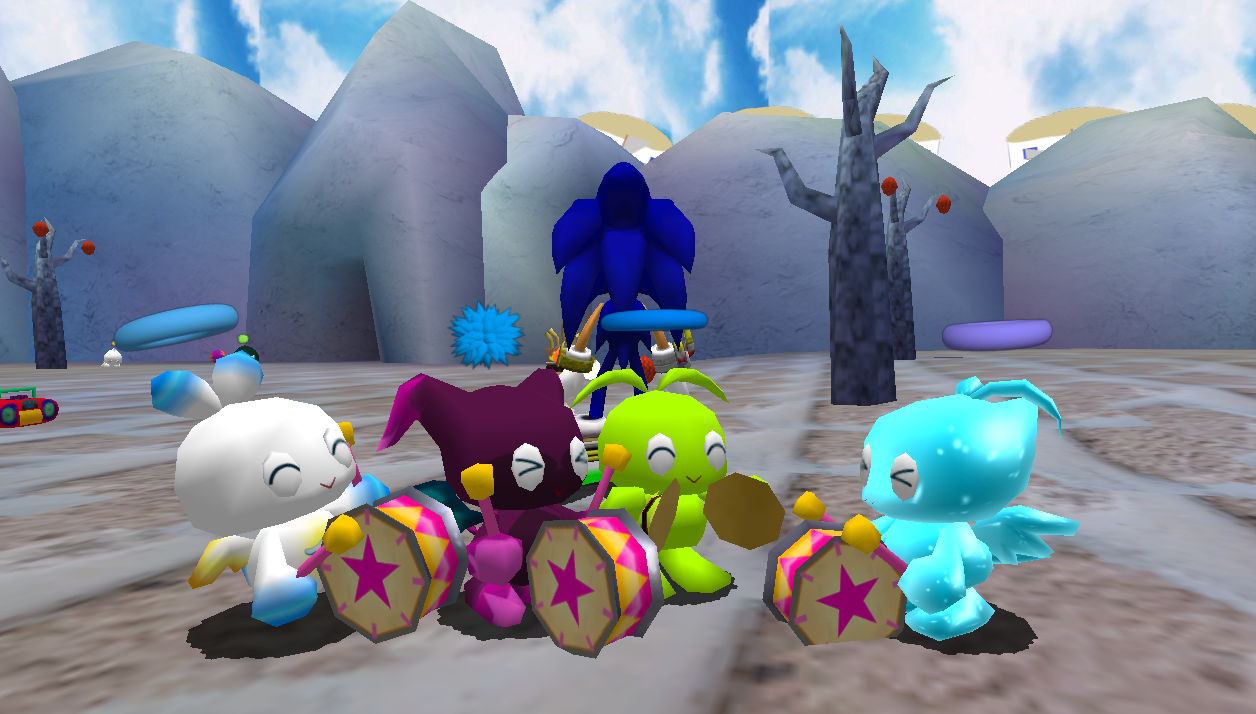 Chao World Extended, managed by DarkyBenji, Exant, mindacos and ChaoGardenBuster, is exactly what the name implies. It expands Sonic Adventure 2's Chao World into an even more interesting and entertaining part of the game. There is no stone left unturned. It would take me all day to explain to you every single thing that the mod does. And you'd be surprised to learn that there isn't as much "new" stuff in the game as you think.

See, the mod does "add" some things, but very little of the content is completely new. A lot of the content are things that went unused in the base game, or had been scrapped by SEGA at some point during development. For example, the Dark Garden was going to have an organ, and the Hero Garden was going to have a piano. Chao World Extended brings them back and polishes them. 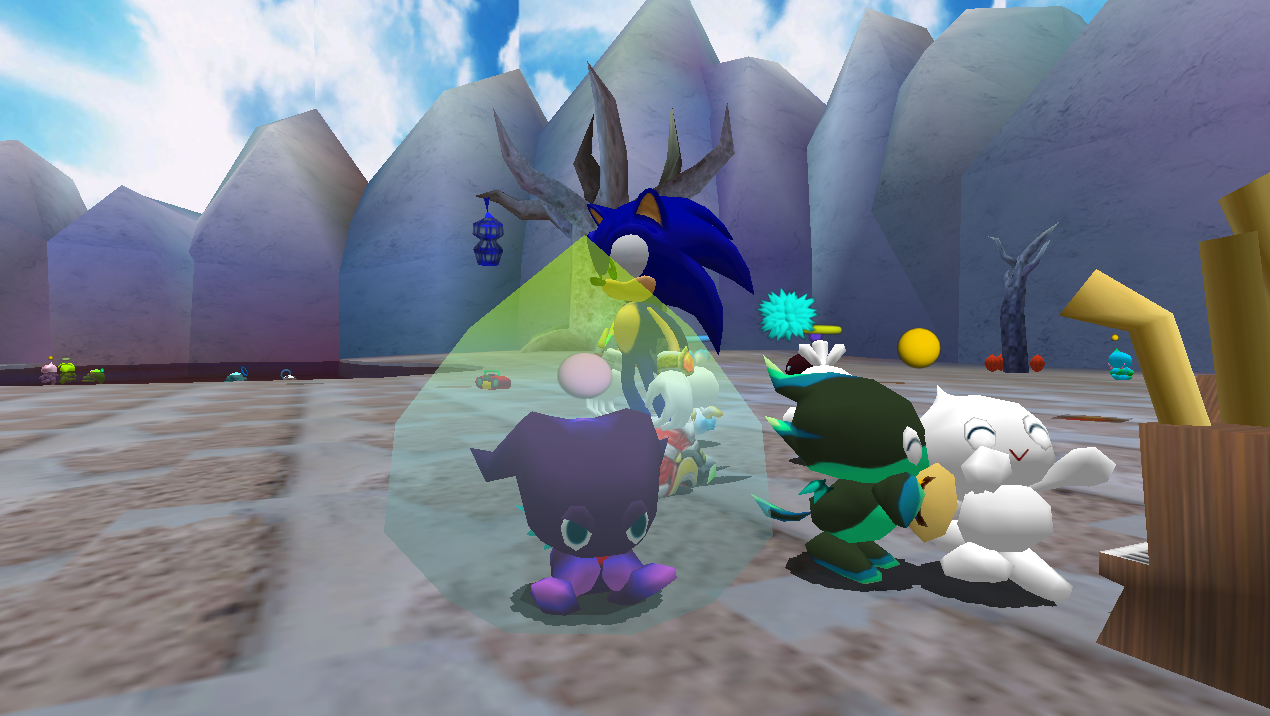 See? The organ is back! This picture I took of my Chao also demonstrates another significant change in the mod: Chao animations and sounds. I absolutely adore seeing the Chao go about their day in the Gardens, and the shenanigans that ensue in this mod are endless. Case in point, I had a Chao decide that it was a good time to evolve in the middle of a Chao band. But that's not the point. The point is that the Chao do many more things that they couldn't before, assuming you enable the codes to do so in the Sonic Adventure 2's Mod Manager. SEGA had left hundreds of Chao animations unused, and Chao World Extended has been bringing them back. For example, the Chao playing the organ is using an animation that SEGA didn't use in the final product.

But it's even more than that. There's good things they do, and bad things. On one hand, Chao will now have a chance of giving big applause after a Chao sings or they're finished with a Chao Garden toy. Sometimes they'll express thought differently. When Chao have finished eating a fruit, they'll either pat their tummy or rub it, depending on how much hungier they still are. If a Chao can fly, they no longer need to be on a cliff or overhang to do it. They can climb up certain things in the gardens too, like the Hero Garden's starcase ruins. Hero Chao have an idle animation where they bashfully look at the ground with their hands behind them, while Dark Chao will sometimes tap their foot. Chao will occasionally go over to a tree to sleep in the shade. And when Chao do sleep, they'll have dreams or nightmares. On the other hand, you may see a Chao run away in fear if bad luck strikes them with the Chao Garden's jack-in-the-box toy. They can drown if your Chao can't swim and you aren't paying attention to them. And expect a cry of fright if you're mean and abuse a Chao. And if you've made them cry, they'll either walk away depressed, walk away sobbing, or they'll do one of those things while walking towards you for comfort.

As for the sounds, they're pretty easy to notice. You'll hear them make little noises if they're having a nightmare. They'll give out a screech after eating. They make little "ha!" and "hup!" sounds when they jump. But, there's two big things that Chao do now. One good, one bad. 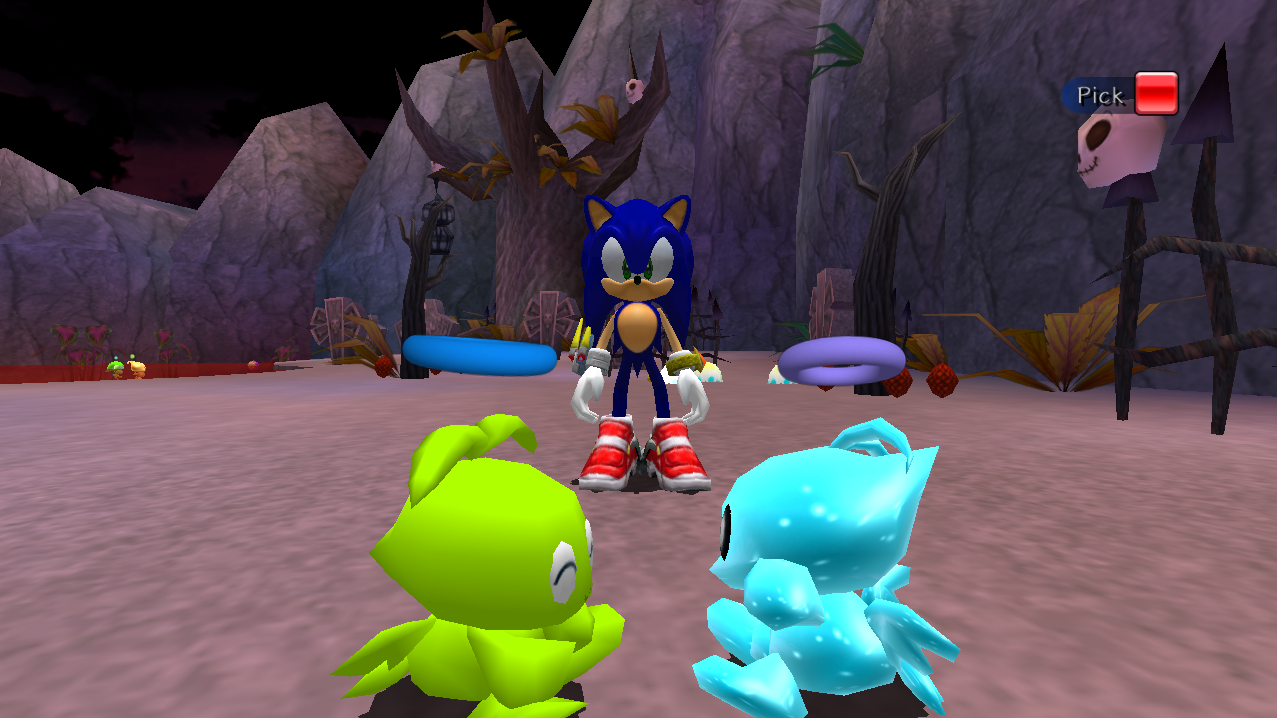 Yes, these Chao are talking to each other! Sometimes, if two Chao are in a chatty mood, they'll have a lovely converstion with each other, and even wave goodbye when they're done. Sadly, not all of the Chao will interact with good intentions. The other major thing is that certain Chao, if not treated well and are a certain personality type, maybe decide to bully another Chao instead. It has the same effect as if you had abused them, so take care of your Chao. Thankfully, Bully Chao have a chance of karma coming back to them if a Chao they target is very kind and decides to interfere. Bully Chao and Chao conversations are two more unused and scrapped things from the base game that Chao World Extended brings in.

And believe it or not, I've only scratched the surface of what this mod does. The Chao Doctor will now give you better information on your Chao's personality, age and behavior. If you have a certain code enabled, Chao will get sick more often. And don't get me started on the Chao breeding. If that's your favorite thing about raising Chao, then this mod is going to be a dream come true for you. Chao World Extended adds more Chao colors, more facial expressions, the ability to use the race medals you won for breeding, and much more. There are limitless possibilities with Chao breeding in this mod.

Oh yeah, and the Black Market gets some more items. Scrapped items, such as Smart Fruit and Mint Candy, are now fully implemented in the game with this mod. If you're in a hurry to evolve your Chao, mushrooms will help with that. The Tiny Chao Garden fruits are here as well, enabling you to have SADX animals appear. Oh...and there's a rare fruit that can give your Chao a higher rank than S in the field type it's for. X-ranks are a level of their own, but keep in mind that a Chao can only have one X-rank for a certain type, be it Run, Fly, et cetera. They're also temporary, so don't expect the rank to stick around after reincarnation. Oh, and you'll need to do it as soon as possible. X-ranks become pointless the more the Chao is leveled up, and you'll see no real change if the Chao is level 99 at the time you rank up an S to an X.

Chao World Extended is also special in that it comes with various other mods. And, as I said, there are codes of varying difficulty that you can enable to make raising your Chao more interesting and/or challenging. But, you install it like any other Sonic Adventure 2 mod, via the SA2 Mod Manager. 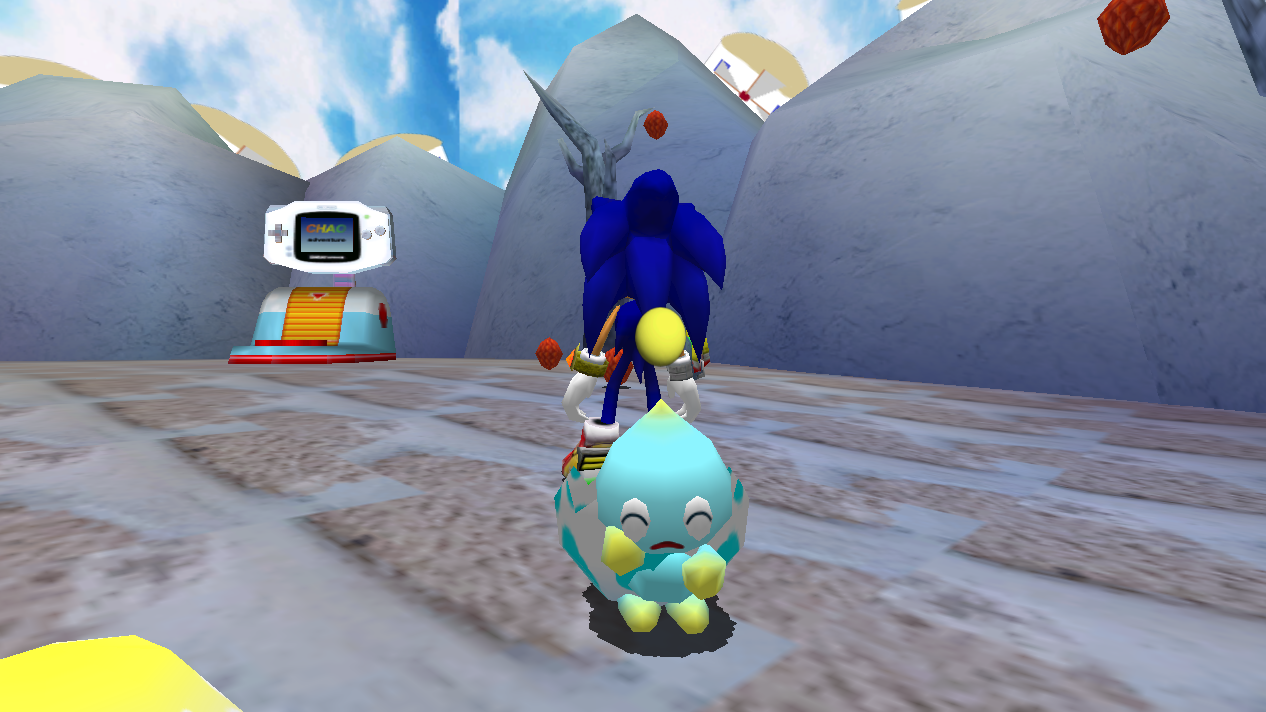 In conclusion, Chao World Extended is a must. The mod has been receiving updates for around 5 years, and it still is. Version 9.0 isn't coming out in the near future, but it is coming. I was told that, when I learned about this mod and spoke to the Chao Island community about it, I wouldn't want to go back to the base game's Chao Gardens. They were right. This mod is everything I wanted and more. Hopefully, the Chao will be able to do more things in future updates. Friend Chao would be cool to have. Just more Chao behavior, personalities and interactions as a whole would be nice. But, now I'm acting spoiled. Instead, I'm going to do what my Chao in the picture did after reincarnating and just celebrate a well-done mod. I don't know how to dance, but at least my Chao do. And so, so much more. <3
Reactions: Terolie, Valeev, P3DR0 and 2 others